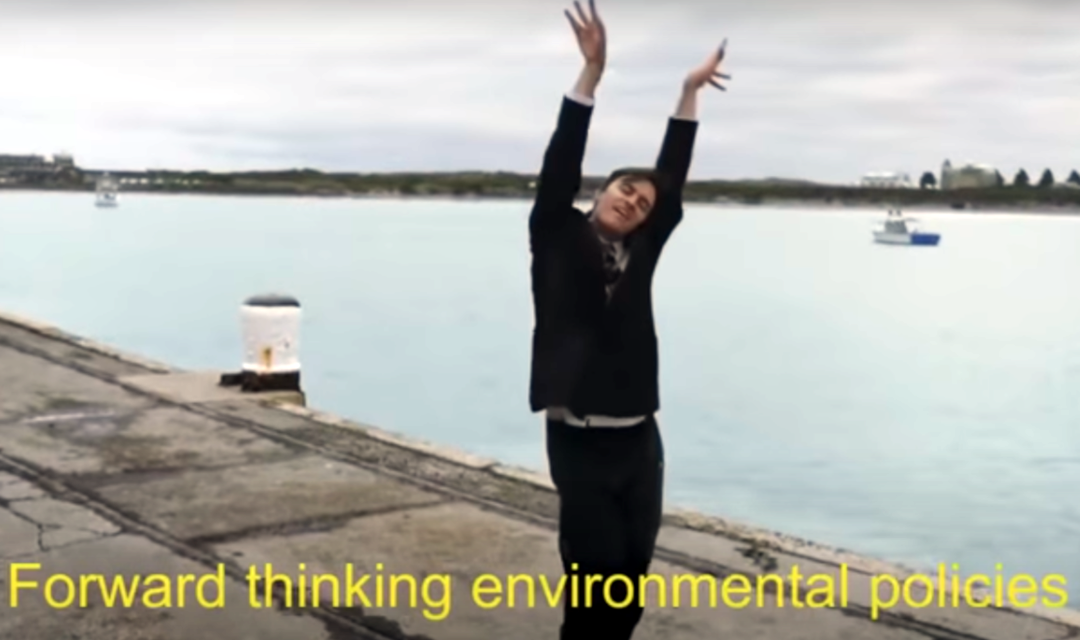 Born and educated in Melbourne, Deb Campbell has worked in intelligence, industrial relations and indigenous affairs operationally, and as a research and policy analyst. She holds a PhD in Australian industrial relations history. She now lives in Deans Marsh, newly a part of the Wannon electorate, where she runs a small home-base dog care business Sam’s Place Home Stay for Dogs, and is currently working on community history projects. Deb has also written business book reviews for the mainstream press, contributed to local newspapers and published a history of the Lorne Community Op Shop called Enriching Lorne [2011] and a detailed essay exploring the Australian euthanasia debate Doing Us Slowly [2016].

A Liberal stronghold since the 1950s, the federal seat of Wannon in southwest Victoria is in many ways a parallel to the seat of Indi where the Voices movement began in 2012. Yet, with several well-known women running in city-based and potentially soon-to-be-marginal electorates, campaigns in country areas are not now the focus of much of the current publicity around the Voices movement.

A federation seat, Wannon – notably represented by Prime Minister Malcolm Fraser for many years – has recently undergone a significant redistribution. Wannon now stretches west from Anglesea to the South Australian border and as far north as Ararat on the Western highway. Wannon for the first time incorporates the whole of the Great Ocean Road from Anglesea and all the communities living along it.

While initial analysis of the new Wannon indicates that these changes will not make much of a change to its voting patterns, Voices of Wannon is hoping that is not an accurate assessment. In 2021, keen for change and inspired by the ideas first developed in the Victorian electorate of Indi, a small but committed group emerged, starting in the Warrnambool region and then growing and flourishing across old and new Wannon.

Voices of Wannon (VoW) has neither the size nor financial heft of a number of the other Voices groups across Australia. Nevertheless, in the twelve months since we began, and notwithstanding COVID restrictions, we conducted more than twenty Kitchen Table Conversations and received the views of an additional 50 Wannon voters through our on-line portal.  Members continue to join Voices of Wannon, attracted to our different approach to community representation.

What Wannon Wants, the report prepared from these conversations so far, showed our communities’ priorities to be remarkably consistent:

• A federal Integrity Commission with teeth

Given that most participants agreed that our current federal representative Dan Tehan MP was not delivering on any of these important issues, and that he cancelled at short notice a much-anticipated meeting with VoW without rescheduling, it was decided that we would seek our own Independent candidate to run in Wannon.

We had to move fast

Election speculation was heating up in October and November as the country wondered whether Prime Minister Morrison would call a snap poll in December, or wait until March or May 2022.

We advertised in over 11 newspapers and community newsletters across our huge electorate including Warrnambool Standard, Hamilton Spectator, Surf Coast Times, Colac Herald, and Winchelsea Star and also encouraged members and supporters to share the ad from our Facebook and Twitter Voices of Wannon sites.

Consistent with our values-driven approach to politics, our ad was open and non-prescriptive. The advertisement appeared in the week of November 20 across Wannon and by the closing date of 8 December, we had had several serious enquiries from potential local candidates.

While one candidate withdrew and another applied after the deadline of 8 December, the VoW candidate selection subcommittee of four members discussed at length, and evaluated, each of the three remaining candidates across a matrix of criteria previously agreed to by the Voices of Wannon Committee.

Some of these criteria were straightforward yes/no issues, such as Is the candidate eligible under the AEC regulations?  Other questions though were more qualitative: for example: Does the candidate have a public profile in Wannon and/or have an established support network?

Each candidate was evaluated against all criteria, and in addition referees and local contacts were interviewed and social media reviews conducted professionally.

Two subcommittee members then interviewed all three potential candidates. The full selection sub-committee discussed all candidates at length and concluded that, while all three candidates were of a high standard, one offered clear advantages and had particular strengths, which meant in the sub-committee’s view there was only one candidate who should be asked to present to the full VoW membership on 11 December. This decision was ratified by the full VoW committee at a meeting on December 9.

Convener Shelly Murrell informed the other two prospective candidates of this decision and both, while disappointed, agreed to work in support of the third candidate endorsed by VoW members.

A candidate is endorsed

Penny Iddon chaired the full VoW members meeting at the Allansford Mechanics Institute Hall from 2pm. Shane Howard made an Acknowledgement of Country, and VoW Convener Shelly Murrell explained the process of candidate selection thus far. This meeting had originally planned to hear all short listed applicants, ask questions of them and then vote to select our candidate. In the event though, an endorsement rather than a vote between different applicants, was sought from the assembled VoW members.

After a brief introduction, the candidate spoke about his background and experience, and hopes for the campaign. Questions from the floor were put to him on a wide range of subjects, from his thoughts on a federal ICAC to Australia’s refugee policy to the local dairy industry to climate change policy, to education and health provision in Wannon, and the Uluru Statement from the Heart.

After more than an hour of questions, the moderator asked him to leave and called for a vote.  VoW members endorsed the candidate unanimously.

Well in a way… in another way, he had found us.

Infamous?’ Have a look:

Alex shot to infamy on ABC’s Insiders – the clip was also shown on the BBC – for his unique performative dance key policy announcement YouTube clip. He succeeded in attracting more than 10% of the vote in Wannon in 2019.

Clearly Alex came to the Voices of Wannon candidate selection process with a couple of huge advantages: a degree of name recognition in Wannon and beyond, and with his career in comedy ongoing, the potential to attract the attention of many of Wannon’s younger voters.

Just as clearly though Alex does not fit what has become the pattern of the other ‘Voices of’ candidates across Victoria and NSW – almost all of whom are mature women of substance. Indeed Alex himself was keenly aware that he did not fit the usual ‘Voices’ profile, and told VoW members that he would gladly stand aside and offer active support to a female VoW candidate.

When it came down to it though Alex’s track record, his obvious passion for the task and his potential to attract votes beyond the largely ‘ageing but actively engaged’ (and in my case at least the ‘pretty pissed off with politicians’) VoW demographic added up to a no brainer.

Voices of Wannon’s ability to put together a thorough, timely candidate selection process was greatly helped by the prodigious amount of work done by our selection sub-committee members especially Shelly Murrell and Jim Gifford, and our Secretary Greg Twitt.

Onward to the election

VoW is delighted to support the campaign of the independent candidate for Wannon, Alex Dyson. His campaign will build on his 2019 experience, his deep knowledge of the electorate where he was born and grew up, and his clear ability to attract young voters.

Can Alex give the current representative a run for his money?

Can Alex attract more votes than he did last time (and many more former Liberal votes) as an active change agent?

Can Alex be Wannon’s truly home-grown representative voice in the Australian parliament, focussed on issues Wannon voters have said we care about: climate, corruption, community and much more?

Onward to the election.