Will @LisaNevilleMP move fast enough on #GFNP to save Leadbeater’s possum from #extinction? asks @Takvera #vicpol 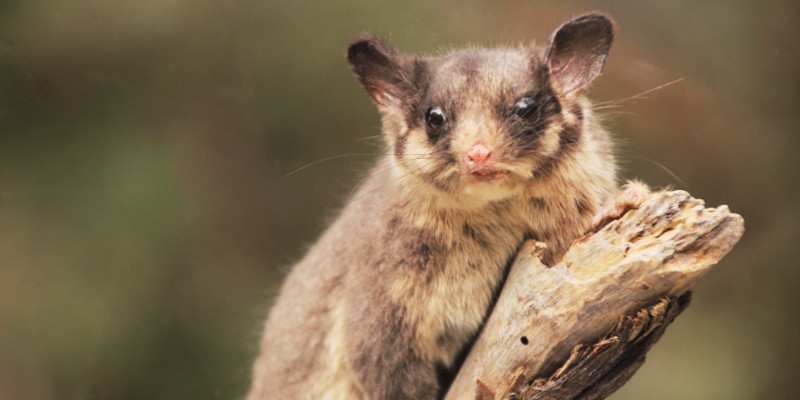 Leadbeater’s Possum, also known as Victoria’s fairy possum, is one of those species fighting for survival against the odds and against the juggernaut that is human industrial society.

Finally last month, on the recommendation of the Threatened Species Scientific Committee, Leadbeater’s Possum (Gymnobelideus leadbeateri) was upgraded to being listed as critically endangered under the EPBC Act. The announcement was made by Federal Environment Minister Greg Hunt on April 22, 2015.

“The challenges facing this iconic species are significant. It has undergone very severe population declines in recent decades with numbers having decreased by more than 80 per cent since the mid 1980s.” said Hunt. “That is why we will be working closely with the Victorian Government to find a solution which will help save the possum for future generations.”

Victorian Environment Minister Lisa Neville told the Age on May 3, 2015 (Minister flags new national park within this term to save the possum) that a Great Forest National Park could become a reality during the current Government’s term “Yes, I think so. I’m hoping that’s the case, but I also think that will come with a commitment and a plan around the protection of jobs and workers and their families.”

But with Vic Forests continuing to log old growth forest coupes in the Central Highlands, the question becomes one of will a new National Park come too late to save Leadbeater’s possum species, and it’s associated forest ecosystem, from extinction?

Leadbeater’s possum species lives in the upper canopy of mountain ash forests in the Central Highlands of Victoria, and needs a mature forest with plenty of old trees for nesting holes, and younger regrowth trees for food. The species has an estimated 1500 individuals alive. There has been up to 80 per cent decline of the species population since the 1980s. 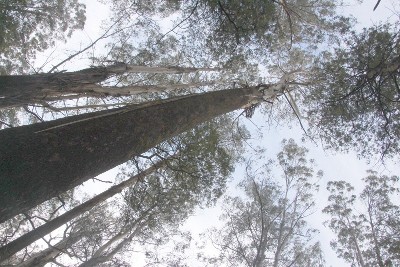 The Central Highlands forests of Victoria are some of the world’s most carbon dense in terms of carbon sequestration, and yet this is seldom included when assessing their economic value for forestry and logging exploitation. Logging of mountain ash forests also increases bushfire risk and the risk of megafires, and creates the potential for a landscape trap that could change the ecosystem permanently.

As a result of the Black Saturday bushfires in February 2009 around 43-45 per cent of the Leadbeater’s possum population was decimated due to the loss of much of the old growth mountain ash forest. To conserve habitat remaining old growth forest should have been reserved, instead the rate of logging of these forests has continued apace. A study by Burns et al (2014) (Full PDF) concluded there is a 92{17ac88c265afb328fa89088ab635a2a63864fdefdd7caa0964376053e8ea14b3} chance the Leadbeater’s ecosystem in the Victoria central highlands will collapse within 50 years.

“Our overall ranking of risk of collapse for the ecosystem was Critically Endangered. We are confident that this risk category is appropriate because all 39 scenarios modelled indicated a ≥92{17ac88c265afb328fa89088ab635a2a63864fdefdd7caa0964376053e8ea14b3} chance of ecosystem collapse by 2067. Our findings highlight the important need for timely policy reform to facilitate improved management of the mountain ash ecosystem in Victoria. In particular, there needs to be greater protection of remaining areas of unburned forest, and restoration activities in parts of the forest estate. Implementation of these strategies will require a significant reduction in logging pressure on the mountain ash ecosystem.” concluded the study.

Leadbeater’s possum is not a very big creature, weighing in at about 150 grams, but it’s small size makes it very photogenic and appealing when one is captured or displayed at Healsville sanctuary, run by Zoos Victoria. In the wild they are seldom seen as they are mostly nocturnal creatures foraging during the night with their big eyes, and resting in their nests in tree hollows during the day.

The possum flits from tree to tree like a fairy in the canopy at night, using its prehensile tail to carry twigs back to its nest. This creature has already come back from extinction once. For more than half the twentieth century traces of the creature were not seen in Gippsland where the last traces where previously found, and it was feared the species was already extinct. Then, in March 1961 it was re-discovered living in the Central Highlands by Eric Wilkinson, a junior officer in the Victorian Museum.

In 1968 it was made one of the faunal emblems of Victoria. You would think that being a symbol of Victoria would hold your species in good stead to have your habitat and ecosystem preserved. But, succeeding state government’s have only paid the merest lip service to taking the necessary conservation steps to protect this species by protecting it’s ecosystem. Logging the old growth forests has continued under the control of government body VicForests under both Liberal and Labor governments. Logging contracts and employment, including to make Reflex paper, have trumped conservation action at every turn, it seems.

In 2013 two distinguished environmental scientists accused the Victorian Government of forestry policies knowingly designed to drive Leadbeater’s Possum to extinction. There was a concerted campaign by conservationists in the 2014 state election for the creation of a Great Forest National Park covering much of the Central Highlands. But the Labor policy when released was non-committal stating the need for discussions between all stakeholders. Labor support for a new national park was dropped seemingly at the behest of the powerful Construction, Forestry, Mining and Energy Union (CFMEU) due to concerns over employment loss, according to the Age report.

A new National Park would add 355,000 hectares to existing national parks and reserves stretching from Kinglake across the Yarra Ranges to Mt Baw Baw and north up to Lake Eildon, and protect forests around the tourism hubs of Healesville and Warburton. In 2014 over 30 national and state environmental organisations endorsed a statement for creation of a new national park, along with international conservation luminaries Sir David Attenborough and Jane Goodall.

Professor David Lindenmayer is the acknowledged world expert in the montane forests of Central Victoria, the ecosystem of Leadbeater’s possum. Shortly after the species was listed as critically endangered he wrote an article at the Conversation where he clearly states what needs to be done to save the ecoystem and species.

“The answer is that the processes that threaten the persistence of the species must be removed. This is basic conservation science. In the case of Leadbeater’s Possum, the key process threatening the species is industrial clearfelling.” wrote Professor Lindenmayer.

But it seems Federal Department of Environment can’t even calculate the impacts of climate change on regional forest agreements, with the Victorian Forests Agreement Review still hidden after 5 years. Logging continues in the Central Highlands despite estimates that the carbon sequestration value is far greater as reported by Greg Arup in the Age (Highlands logging halt would earn Victoria $30m a year in emissions reductions: report).

Meanwhile, the logging and burning continues, although the Mt St Leonard Rusty coupe was given a last minute reprieve at the end of April by Environment Minister Lisa Neville: