Rodney Edwin Lever was born on August 14, 1932, in Brisbane. He was educated at Cranbrook School, Bellevue Hill, and Sydney Grammar School. 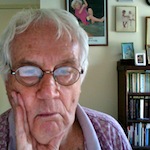 In 1948, he joined the Daily Telegraph, Sydney, as a cadet reporter under editor Brian Con Penton. He later moved to the Canberra Times (1951) and then the Herald and Weekly Times (1953)

He joined News Limited as founding editor TV Week magazine in 1954 and by 1958 was assistant managing director of Southdown Press in Melbourne.

Rod became Melbourne manager of The Australian in 1964. He served as managing director of the Northern Territory News and Centralian Advocate from 1968 to 1972 and General Manager of News Limited Queensland from 1972 to 1978.

Rodney Lever then worked for Queensland Newspapers from 1978 to 1999, when he retired.

He now lives in the Glass House Mountains, Queensland. He has six children; one, a journalist, Mark Lever, served with AAP and one daughter, Brigid Lever, is finance director of the ALP in Canberra.

Rod is also the proud grandparent of ten grandchildren.