A permanent Labor-Greens alliance: A radical idea to save Labor 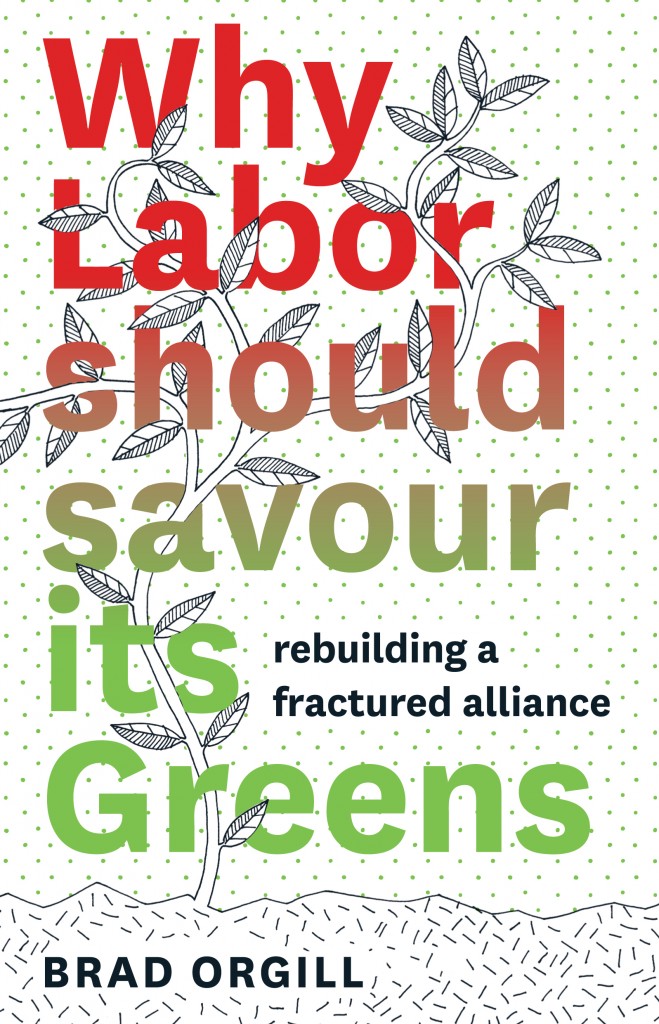 Review of Why Labor should savour its Greens (Scribe, 2013)

I have never been a student of politics or economics. My interest in politics has usually revolved around shouting at Q&A and making attempts at humorous troll baiting on the Twitter #auspol hashtag. Most of my reading is of the sci-fi and fantasy fiction type. I’m just a voter trying to make sense of the mess that politics seems to be today.

So imagine my surprise when I found myself volunteering to do a book review on a politically oriented piece of non-fiction.

The preface starts by summarising the author’s personal experiences and general philosophy of things political and personal. There was nothing there I would consider controversial, and on many points I found myself in strong agreement.

The first chapter then starts off the discussion by setting the basis for why an ALP-Greens alliance is a good idea. Many of the initial points are already well established in concept, such as giving the Greens a more ‘established’ partner to help remove some of the perceptions of their ‘kookiness’ and to help return the image of Labor to the core values and social conscience it has let slip in its quest for power.

On the surface this seems simple enough, but halfway through the first chapter I started to raise my eyebrow at the means suggested to achieve these outcomes.

The suggestion is a simple, permanent alliance but not for a formal merger. I’m not entirely clear on how there would be a difference between the two in practice. The rest of the book then goes into various details about how the policies of the two parties could be shoe-horned to fit together.

The book breaks down the core platforms of the Greens policies and does an excellent job summarising those positions. The history of how and why the policies came about and how they have matured over the years. It demonstrates a party that is growing up and trying to adapt from a steadfast, no-compromise defender of ideals, to one prepared to recognise that negotiation is important to create a starting point that can be improved later. In short, the Greens aren’t just a party of tree-huggers they are still perceived to be.

Brad suggests how the Green policies could be tempered to fit better with ALP policies, and ways the ALP could tweak to align back with their roots and so bring them into a more comfortably dove-tail with the Greens. He throws into the mix additional ideas based on his own experiences in the corporate world; ideas that would not appear out of place in a small l Liberal party platform.

This is where I started to find the title of the book quite confusing. Perhaps the title should have been “Why Labor should savour its Greens, except for the Brussels sprouts, and add a conservative pinch of salt”.

In essence, it is taking the best of the Greens policies, filtering out the ‘distasteful’ and controversial ones unlikely to work in ‘the real world’, mixing in the original social principles of Labor and adding a dash of ideas from the centre-right. In effect, he is suggesting the creation of the ‘perfect policy platform’ for a completely new party that doesn’t currently exist but would likely appeal to a very significant number of people.

Labor has done plenty to alienate their social demographic, and despite several great initiatives they have been unable to communicate what they have achieved or indeed what they stand for now. There is a lot that Labor can do to reconnect, and many suggestions made in the book seem like a common sense way for Labor to achieve that.

After going through the many economic, social and environmental policies of the Greens and how they might be adapted to benefit Labor, he returns to the key point of the alliance.

It is critical that some form of working relationship be established, and an alliance rather than a merger allows both parties to maintain their own identities. A comparison is made to the corporate alliance between the Qantas and Emirates airlines.

Where I see this analogy falling down is that in a corporate alliance both entities are still individuals and still compete on different but aligned product offerings. They still provide the consumer with a choice. A government of allied parties is a single monopoly offering only one product. The voters are not able to choose between which policies of the two parties they would like to engage with, so one party must always ‘lose’.

Perhaps a more accurate analogy would be a take-over where the smaller entity is merged into the larger structure but the branding is kept to appeal to niche markets.

There is a lot Labor could do in an attempt to reconnect with the voting public, and the suggestions in this book are not without merit. The Greens likewise could consider some additional flexibility on policies as suggested in the book. In short, there’s a lot that everyone could take on as food for thought.

Maybe there’s a faceless man out there reading this book right now and planning how to make that happen. If they need ideas, then this book is certainly worth keeping for consideration.