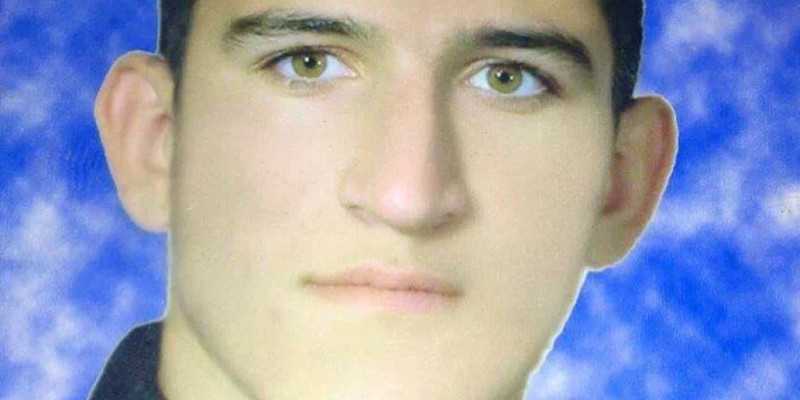 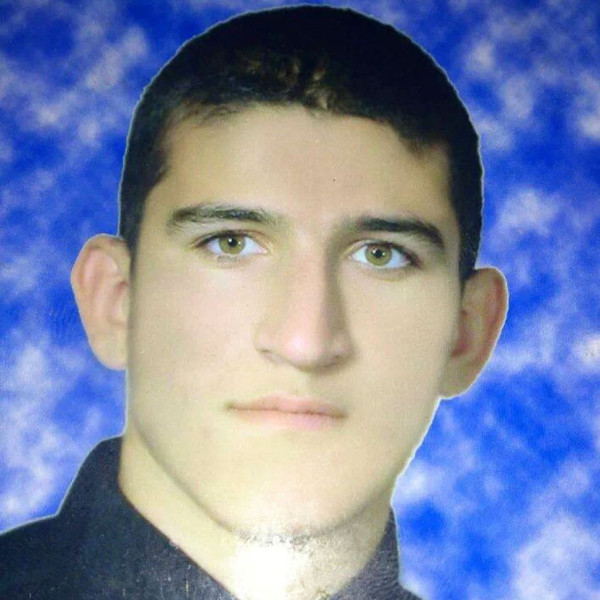 The International Criminal Court (@IntlCrimCourt) in The Hague (ICC) is analysing additional information it has recieved, adding to information previously received, to determine if members of the Australian Government have a case to answer for alleged crimes against humanity.

Confirmation was received by lawyer and migration agent Tracie Aylmer (@taylmer), in a letter (below) yesterday, January 30, 2015.

Aylmer’s original ICC submission was officially accepted for consideration by the ICC on May 19, 2014.

It named senior members of the Australian Government:

The ICC informed Aylmer on September 18, 2014, her original submission appeared to fall outside the Courts jurisdiction, saying:

the allegations appear to fall outside the jurisdiction of the Court……..many serious allegations will be beyond the reach of this institution to address. I note in this regard that the ICC is designed to complement, not replace national jurisdictions. Thus, if you wish to pursue this matter further, you may consider raising it with appropriate national or international authorities

The information you have submitted will be maintained in our archives, and the decision not to proceed may be reconsidered if new facts or evidence provides a basis to believe that a crime within the jurisdiction of the court has been committed.

In September, 2014, the independent Member for Denison, Andrew Wilkie MP (@WilkieMP) and human rights advocate and lawyer Greg Barns (@BarnsGreg), made a formal request to the ICC, asking for an investigation into members of the Abbott Government for crimes against humanity.

No evidence was provided at the time, however, No Fibs believes Wilkie and his office were willing to provide material if a request to do so was made by the ICC Prosecutor.

No Fibs has heard unconfirmed reports other submissions have been made to the ICC by other parties.

The Courts latest correspondence to Aylmer seems to confirm they have received information from multiple sources.

the prosecutor must consider……….the gravity of the crimes, whether national systems are investigating and prosecuting the relevant crimes, and the interests of justice.

Only Attorney-General Senator George Brandis can bring a prosecution under section 268.12, highly unlikely against members of his own government.

When the ICC previously determined they did not have jurisdiction for the crimes alleged in Aylmer’s original submission, No Fibs asked the Court via email:

In December, 2014, the United Nations Committee Against Torture released a report (below) critical of the Australian Government. in relation to compliance with the Convention against Torture and Other Cruel, Inhuman or Degrading Treatment or Punishment, regarding refugees, in the following areas: 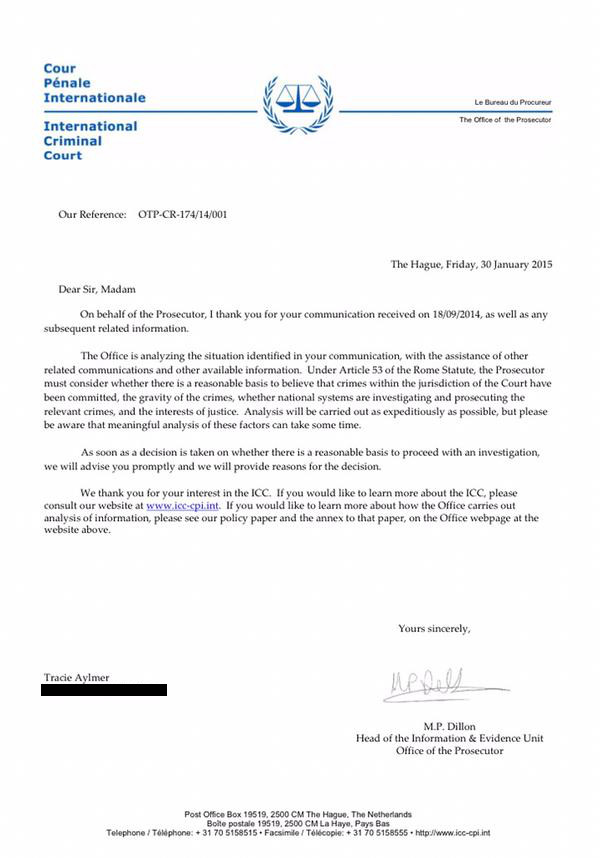