Australian Border Force has no responsibility beyond the customs area 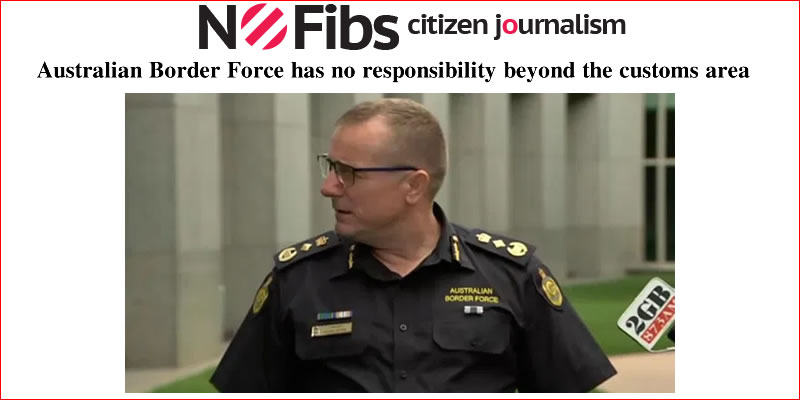 Australian Border Force (ABF) does not have the legislative power to restrict people entering Australia on the basis of health, such as in the case of the covid-19 pandemic.

After the covid-19 infected passenger cruise ship Ruby Princess docked in Sydney on March 8, 2020, ABF Commissioner Michael Outram told the media that the force is only responsible for contraband checking and for visa matters. It takes no responsibility for health matters.

In October, 2020 before a senate committee, Commissioner Outram reiterated that the ABF has no control over passengers once they leave the customs area at international airports. This line of questioning was prompted after 65 travellers from New Zealand suddenly arrived in Victoria via New South Wales as part of the Trans-Tasman Travel Bubble (TTTB) arrangement made by the federal government.

Prime Minister Scott Morrison had previously indicated that people arriving from New Zealand to Australia under the TTB would be holidaying in New South Wales, the Northern Territory and the Australian Capital Territory.

However, as multiple premiers confirmed in the days after, the ABF had no control over where people go once clearing customs.

Under the powers of the Constitution, there once existed the Australian Quarantine Service which was instrumental in the influenza pandemic of 1918/19.