Citizens of the planet unite demanding leaders save the #peoplesclimate: @jansant reports 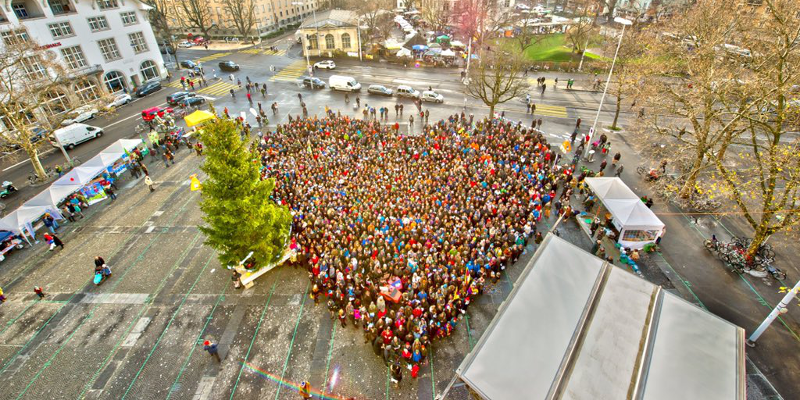 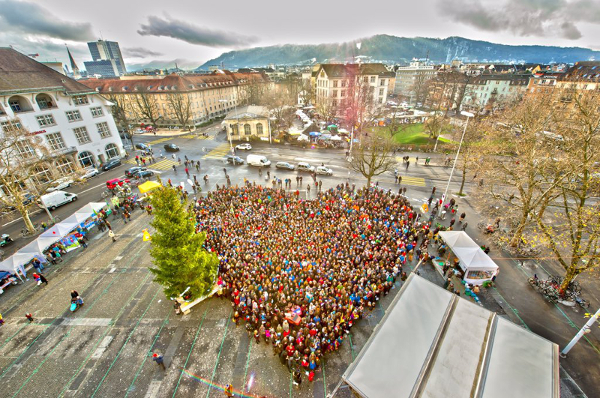 The weekend saw more than 600,000 people take to the streets in 175 countries calling on world leaders to agree on binding emission reductions during the Paris Climate Talks.

60000 people have turned out in Melbourne for the first People’s #ClimateMarch of the weekend. #PeoplesClimate pic.twitter.com/3uUy5DCfmX

In Paris, people defied the state of emergency called after the recent terrorist attack and there were clashes between protesters and police.

In a symbolic gesture (after French authorities banned protests), Pope Francis and Ban Ki Moon joined 10,000 other people who donated shoes that were laid out at Place de la Republique in the French capital.

The Australian @ClimateGuardia have travelled to Paris for the talks, carrying with them the voices of the more than 100,000 who marched across Australia over the weekend.

Pacific Island nations whose very existence is under threat from climate change joined the protests with their own social media campaign, #WeThePacific.

Baby boy here will have no home unless the world agrees on 1.5 degrees #WeThePacific #COP21 #PacificClimateWarriors pic.twitter.com/NowAwqmEK2

In Kathmandu, hundreds of Nepalese gathered to have their voices heard in a truly global people power movement to save our planet from catastrophic climate change. 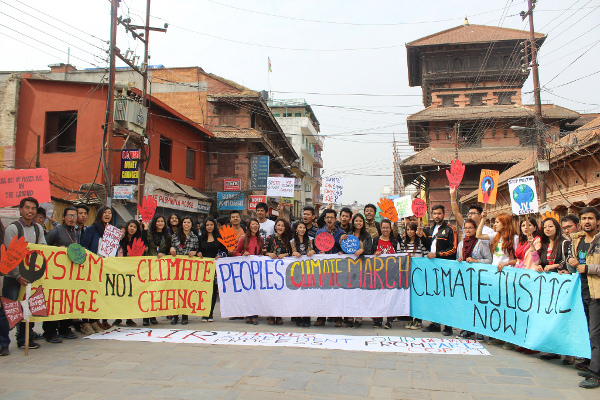 Hundreds gather on the streets of Kathmandu, Nepal as part of the weekends #peoplesclimate rallies. Photo: 350.org

Children from Philippines sent a message to the the children of Australia asking them to join in the fight against climate change, which is already impacting their lives.

While back in Pasig City, Filipinos formed letters to spell out the plea “act for our future”. 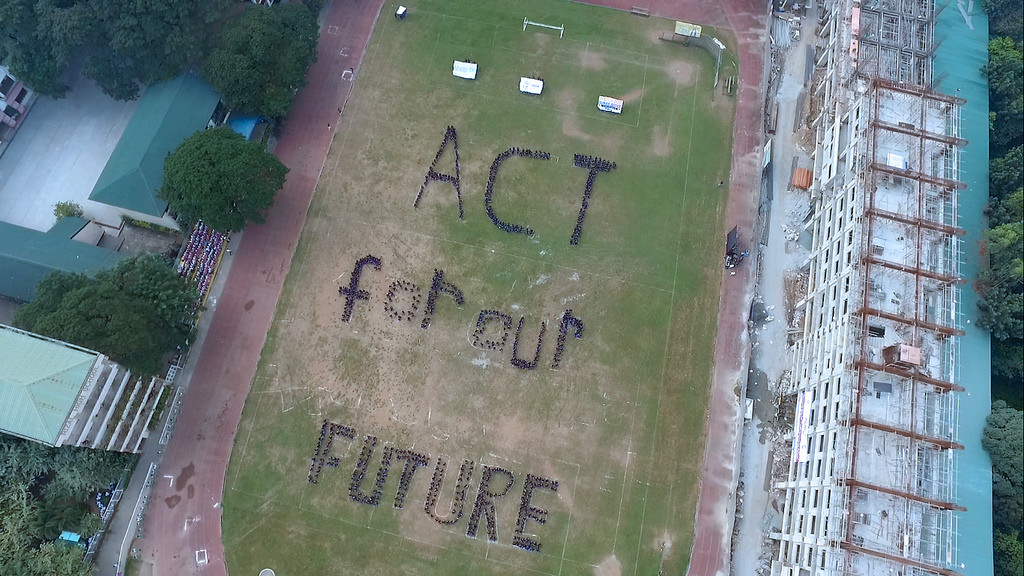 Back in France, in another more peaceful show of defiance, thousands of Parisians formed a human chain in place of what was expected to be the largest climate change demonstration ever, until is was banned by authorities.

No Fibs on the ground reporter, John Englart (@takvera) produced this video of the human chain protest on the Boulevard Voltaire in Paris.

In groups large and small right across the globe, people took to the streets demanding world leaders take action on climate change. Will they listen?

No Fibs climate reporter, John Englart (@takvera) is reporting live from Paris. View his photo gallery of the weekend in Paris and read his live reports here.