Margo: Jan Barham was the Mayor of Byron Shire, the first directly elected Green mayor in Australia. She is a Greens member of the NSW Legislative Council, and the Party’s spokesperson on Northern NSW. Here is her speech to Parliament on May 6 imploring the Government to reverse its order for riot police to smash the #BentleyBlockade, most likely on May 19 or 20. She will join several other local, State and Federal politicians at the blockade in the days preceding the expected police attack. 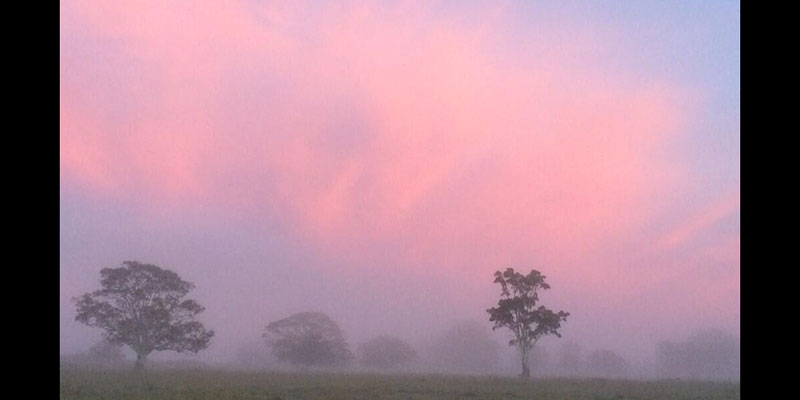 Democracy is alive and well in regional New South Wales, where communities are showing up and speaking up for their land, their water and their future. They are the protectors and this is people power. The blockades at the Pilliga, Maules Creek and Bentley represent communities uniting to take a stand where the Government appears too weak to do so by stopping coal seam gas production. I applaud the brave and committed people of the North Coast and beyond who for three months have maintained a camp site and ensured an ongoing presence at the Bentley blockade. I am so proud of my community. When I showed up with my colleague Jeremy Buckingham at the blockade I, too, was inspired. It was a wonderful show of strength and commitment by many who believe that the Government is not listening to them.

I acknowledge the long-term local member of Parliament Don Page, who has been the member for Ballina for 26 years and who has recently announced his retirement. He has served his community well and has always listened to all views and showed respect. That is what country people expect and that is the sort of politician he has been. For a born-and-bred Nationals member the thought of going to an election when so many of his long-term supporters now feel that they have been betrayed by his party’s coalition with the Liberal Party may have been a consideration in making that decision. It would have been a tough election but, Don, the community thanks you for your service.

I applaud the brave and committed people who are also travelling to Maules Creek and the Pilliga blockades. I supported my colleague Jeremy Buckingham by co-sponsoring a visit to this country by John Fenton, a cowboy from the United States, who issued warnings about what has happened in Wyoming. Thousands of people across the State flocked to country halls to hear him speak about his experience with unconventional gas and the way that fracking has ruined his farm, his health and his family’s and community’s wellbeing.

I also offer my condolences to the family and friends of Neville Wran, Premier of New South Wales from 1976 until 1986. His lasting legacy is the protection of the some of the State’s finest biodiversity through the dedication of national parks and wilderness. He will be long remembered by environmental activists for his respectful acceptance of the will of the people of the North Coast with regard to the Terania Creek rainforest. The people of the North Coast have a proud history of protecting our heritage and it was in the rainforests of the north-east that Premier Wran’s environmental awakening occurred. Premier Barry O’Farrell will be remembered respectfully for taking a stand against alcohol-fuelled violence.

Premier Mike Baird now has an opportunity to show leadership by respecting the will of the people and by embedding a legacy. He should respect the protectors of our land, water and future who are gathering at these blockades. They are the people who live on the land under threat and who care about the future. They understand the precautionary principle and intergenerational equity. They are rural landholders who are willing to stand side by side with the first peoples of the land and conservationists. I ask the Premier to take a look and to listen. He will see farmers, country business people, dairy and cattle farmers, tourism operators, doctors, nurses, teachers and many more who are saying “CSG No Way”. They are engaging in non-violent direct action; they show up and show their commitment to a gas-field-free future.

I implore the Premier to respect the people who took the initiative to survey their communities. Lismore City Council conducted a poll at the last council election and 87 per cent of the people said no to coal seam gas. The mayors of the Tweed, Kyogle, Byron and Lismore have visited the Bentley blockade to show their support. They are listening to their communities and this morning more than 1,000 people turned up. In his inaugural speech, delivered on 29 May 2007, the now Premier stated that he expected the Liberal Party to lead the restoration of a community-based party in this place. He said:
We should never be ashamed of listening to our conscience nor to our community—in essence this is why we are here.

Will the Premier now deliver on that expectation, or will he do the unthinkable and send in the riot police to deal with citizens of this State who are protecting the future? I ask him to listen to the people and to stop coal seam gas production. He must respect the will of the people and protect the public interest. He must protect the future and return trust, honesty and respect to democracy in New South Wales.