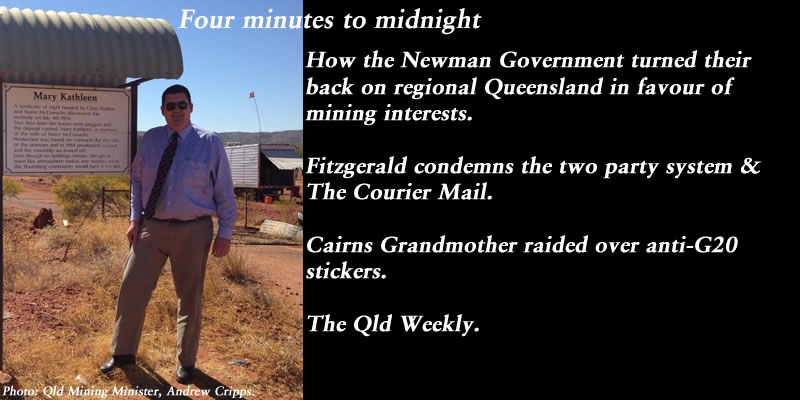 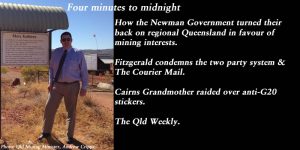 Dredge spoil – From villains to heroes.

Tony Fitzgerald QC lambasts The Courier-Mail labeling it ‘The Craven’.

Dredge spoil – From villains to heroes

After letters, online petitions, emails, news reports, general condemnation, science and a federal senate parliamentary finding the Newman Government has finally agreed to oppose dumping of dredge spoil from the Abbot Point expansion into the sea over The Great Barrier Reef.

Amazing, considering Queensland Minister for Environment Andrew Powell reported ice cream retailer Ben and Jerry’s to the Australian Competition and Consumer Commission (ACCC) for daring to protest against the dump at sea.

Now the Liberal National Party (LNP) are the good guys but what’s the catch? Well, since the licenses have already been issued to companies Adani and GVK there’s no legal obligation to take up the offer. So the Newman Government is offering a taxpayer funded cash incentive to place the spoil on land. Essentially, Queenslanders will be buying part of their own state from foreign owners who don’t actually own it.

On script, Premier Campbell Newman blamed Queensland Labor for agreeing to the proposal before they left government.

Queensland is now in the firm grip of anti-objection laws for mining developments. What started as a bill to prevent anyone objecting to a new mine except the landholder, adjoining landowner or local council became a farce when Queensland Minister for Natural Resources and Mines Andrew Cripps sneaked in an amendment at four minutes to midnight on Tuesday. Now all conditions are subject to the determination of the Queensland Coordinator-general. With more power to the state and effectively sidelining the objection process, the land and environment court has been knocked out of action.

On @730qld, Cripps defended his bill and denied objections would not be taken into consideration. He also refused to accept the changes were controversial.

“Why introduce this amendment at four minutes to midnight on Tuesday?” asked presenter Matt Wordsworth.

“Well, I mean the debate had been going on for some time, Matt. I mean I’m not in charge of…,” Cripps stammered.

“And it was slipped in with a whole long list of other amendments?”

“Well every opportunity was given to every Member of Parliament if they wanted to ask a question about the effect of the amendment.”

“You would agree though that’s going to be a controversial amendment once people learn about it?”

“You don’t think that’s going to be controversial?”

“No I don’t think so. The situation has always been that the Coordinator General would always consider all of the public submissions that were made in terms of an environmental authority for a coordinated project through that EIS process.”

For Queensland farmers, the very people the Liberal National Party is supposed to represent, the bill also removed the restriction zones around bores, dams and permanent buildings such as farmhouses.

Not surprisingly, Queensland Resources Council chief Michael Roche was happy with the changes but indicated more was required. Paid to lobby the government to allow miners to dig more holes in Queensland, Roche had no sympathy for landholders.

“Is it everything we were looking for? Well, certainly not but it’s a step in the right direction,” he said.

“I don’t accept that there’s been a tilting of the balance away from landholders there are many opportunities to have their say.”

Of course, have all the say you want. Will it be listened too? Unlikely. The Newman Government can’t hear you over all the shouting from the mining industry. 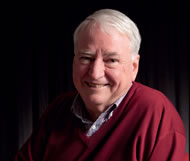 Tony Fitzgerald QC lambasts The Courier-Mail labeling it ‘The Craven’

Tony Fitzgerald QC lambasts The Courier-Mail labeling it ‘The Craven’

Tony Fitzgerald QC used his biannual Griffith University lecture to condemn the two-party political system in Queensland saying it had been transferred to a small, cynical, political class. Mr Fitzgerald encouraged Queenslanders to consider their vote at the next election and not opt for either party if it did not give assurances that it would act for the public benefit.

“If Queenslanders want a free, fair, tolerant society, good governance and honest public administration, a sufficient number of voters must make it clear that they will decline to vote for any party which does not first satisfy them that it will exercise power only for the public benefit,” he said.

“Perhaps they think that the school of criminology and criminal justice is an ivory tower for an over-educated elite. My contrary, irritating opinion is that even our local know-alls could improve their prospects of developing workable responses to bikies and organised criminal gangs by listening to renowned experts in policing and crime prevention.”

However, Mr Fitzgerald reserved his strongest condemnation for The Courier-Mail which he judged a pro-government organisation and not serving the best interests of Queenslanders. Surprising everyone, he veered off his media supplied scripted speech to lambast the Murdoch paper. Mr Fitzgerald later described to NoFibs his decision to comment on the organisation because he considered it being “out of control”.

Thursday marked the fifth consecutive rise in Queensland’s trend unemployment rising from 6.6 percent to 6.7 percent. Queensland’s unemployment was at 5.5pc when the Newman Government came to power in March 2012. Check out more stats on the long-term position at our special labour force post for August.

Cairns Grandmother Myra Gold was woken by the sound of four police officers at her door. They’d come to search her home, car and to confiscate her phone in relation to posting anti-G20 stickers. Cairns is hosting several G20 meetings this month and up to 700 police reinforcements have descended on the city.

“I felt like I’d woken up 30 years in the past, in the era of Joh (Bjelke-Petersen),” she told the The Cairns Post.

Even Officeworks has been approached by officials and instructed not to allow the printing of anti-G20 material at its stores. Ms Gold told @612Brisbane she has subsequently been charged with willful damage to a public pole with a sticker and warned not to protest the G20. The sticker read, “The G20 benefits the 1 percent”.