Jane Cattermole asks: Why a different rule for Peter Slipper? 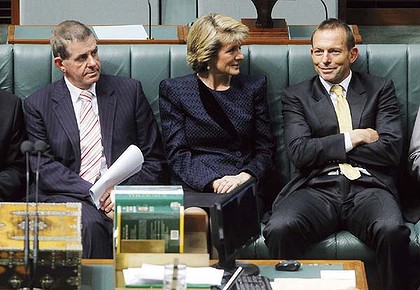 Peter Slipper, for the latter part of his parliamentary career was much maligned and ridiculed by colleagues and members of the media alike. He was called a “turncoat”, a “rat”, ”Slippery” and was portrayed as “King Rat” on the front of a News Ltd tabloid complete with a digitally altered image of him with whiskers and a rat’s tail, and mockingly, dressed in a wig and gown.

Despite the relentless gossip about his private life and the constant trashing of his reputation he took to high office impressively and most would agree that he was an exemplary Speaker. He showed fear and favour to no one, he ejected senior politicians from the House and told the PM on more than one occasion to confine herself to questions of relevance.

It’s a matter of history now that Slipper was accused of sexual harassment by James Ashby and that the titillating details of their private text messages were splashed all over the daily newspapers. They were talked about ad nauseam on commercial TV, radio, SKY News and our ABC alike. Tony Abbott was so sure of its implications for the Speaker and government that within hours of charges being laid he was announcing that it was untenable that an MP facing such serious allegations should hold such a senior position in the parliament. Not content to let the court do its job he was relentlessly pursued by the Coalition who moved to have him removed as Speaker. He survived the vote in the House but with his reputation in tatters, and his political career in ruins he resigned in tears.

So all that remained was the matter of three cab overpayments from 2010 totalling a modest $900. A summons to Mr Slipper was issued by the Australian Federal Police after they concluded their investigations into cab vouchers. The investigation started after a referral from Mr Ashby’s legal team. The criminal claims relating to earlier allegations were dropped by the legal team in the court case.

Under the “Minchin Protocol”, named after former Finance Minister Nick Minchin who once wrongly claimed $3150 for travel allowance, Slipper should have been able to be repay the money but he was denied this option. (Margo Kingston has written exclusively about the Minchin Protocol in IA). Basically it allows for minor breaches of entitlement claims to be repaid with an explanation to the Department of Finance but otherwise with minimum public humiliation.

I wondered how many politicians had actually misused a travel entitlement and had quietly repaid it under the protocol. There have been a few well publicised cases of “travel rorting” but is Slipper’s denial of the payback option a precedent and if so should the protocol be scrapped as a matter of fairness? I asked a number of Coalition MP’s on twitter about their views on this.

“Have you ever erroneously misused an entitlement and repaid it under the Minchin Protocol? Why different rules for P. Slipper“

Of the seventeen who were asked only one replied. It was Jamie Briggs, Federal Member for Mayo. He is the Shadow Parliamentary Secretary for Supporting Families and the Coalition Spokesperson on Scrutiny of Government Waste. Briggs is somewhat of a controversial member, recently tempting the ire of senior Coalition members by talking up the possibility of reinstating individual work contracts and extending the GST on food. Both delicate subjects. Here is the sequence of our exchange on the matter of Slipper. 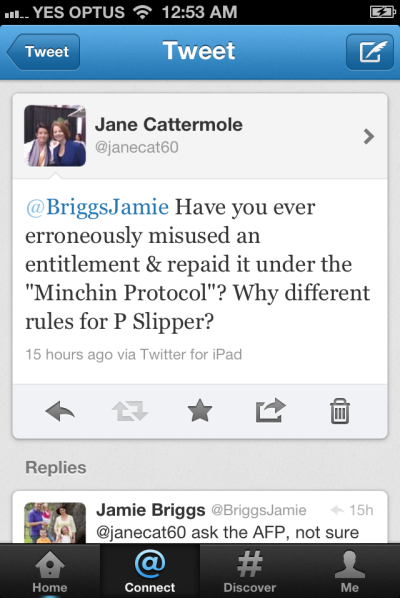 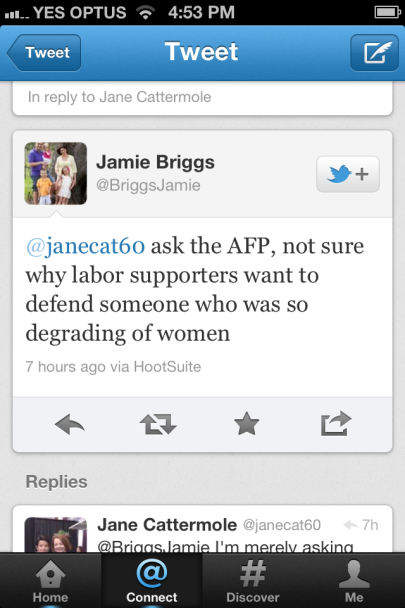 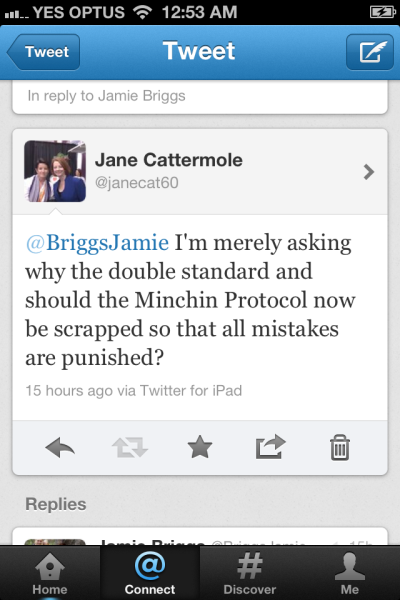 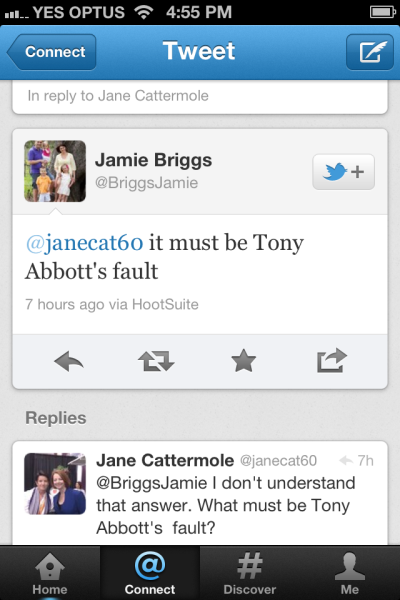 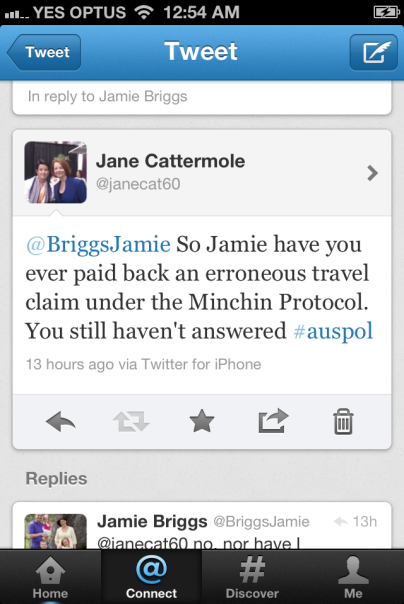 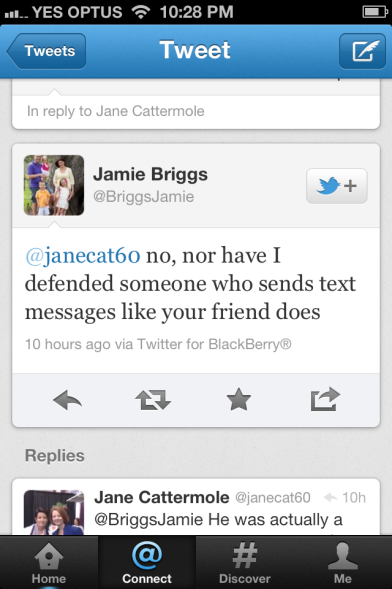 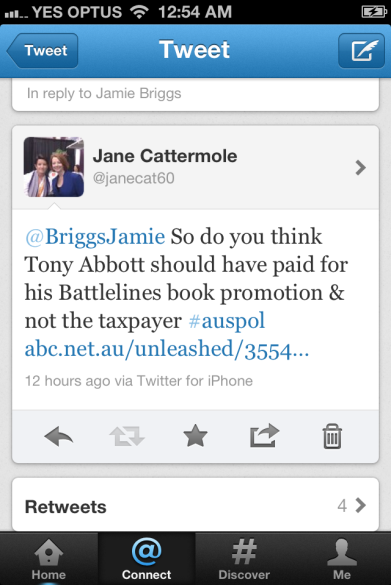 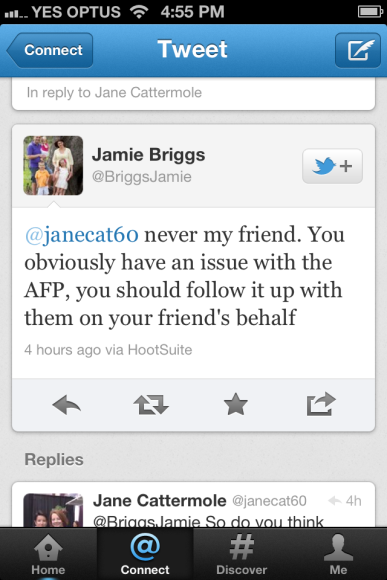 And that is where we left it. Obviously the taxpayer money spent on promoting “Battlelines” was contentious but that’s another story for another day.