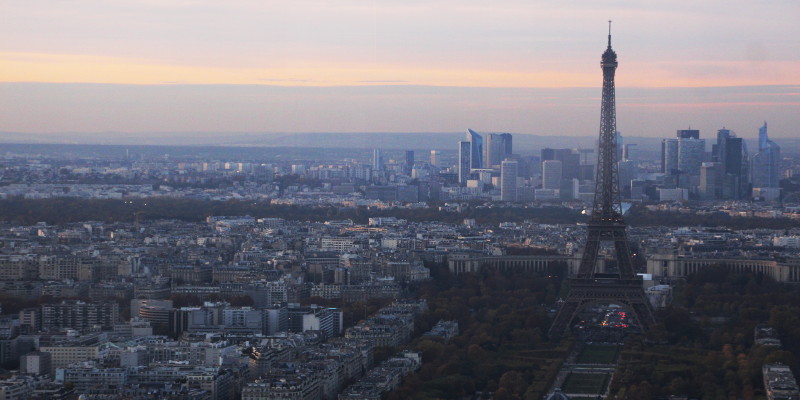 This afternoon the French Foreign Minister, Laurent Fabius, ruled that the two large climate marches in Paris and the main cities in France on November 29 and December 12 would be prohibited.

Negotiations between climate activist organisations and the French state have been ocurring early this week regarding approval for civil society public events and the two huge mobilisations, but without coming to agreed solutions. The Paris Prefecture of Police informed Climat21 Coalition late this afternoon (18 November) of the decision to prohibit the two marches.

My sources inform me that any street protest during the COP is also prohibited.

According to an Le Monde report (fr), the Ministry of Foreign Affairs released a statement saying that due to the attacks of November 13 and the security situation all events in enclosed spaces and that are easily securable will be maintained. However, the government decided to avoid greater risk and that the planned marches for Paris and other cities in France on 29 November and 12 December would be prohibited.

You can read about the negotiations at The Guardian Paris climate summit march in doubt after talks deadlock. Peter Burdon writing at The Conversation also puts the situation within context: The state of emergency could thwart public demonstrations at the Paris climate talks. Read Nick Dearden article on why The Paris attacks make climate protests more important than ever.

The action by the French state comes after the Paris attacks by Daech (ISIL) militants killed 139 people in six separate but co-ordinated attacks across Paris on Friday evening, 13 November. (See my report: Terrorism in Paris casts a cloud across UN climate conference

“We are aware of the seriousness of the situation. More than ever we will mobilize and gather creatively. No COP21 without mobilizing civil society.” said Juliette Rousseau, coordinator of the Coalition climate 21. 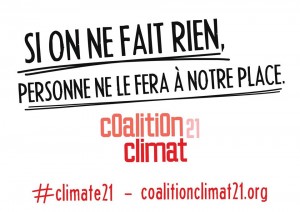 Climat21 coalition are determined that the voice of Paris and Parisiens are not silenced during the negotiations. They have affirmed in a media release that on 29 November and 12 December alternative forms of citizen mobilization will be found.

And they stressed that the Citizens Summit on climate on 5 and 6 December in Montreuil (Seine Saint-Denis) will go ahead, as well as the Climate Action Zone events from December 7 to 11 at Le Centquatre (near Gare Nord) would be maintained.

“We call on people across the world to join in and march for us in solidarity, to express our demands and echo our voices,” said Alix Mazounie, international policy coordinator for RAC France.

“The government can prohibit these demonstrations, but our voices will not be silenced. While this makes it difficult to go forward with our original plans, we will still find a way for people in Paris to make the call for climate justice heard, and we encourage everyone around the world to join a Global Climate March and raise their voices louder than ever. There’s never been a greater need.

“While our plans for Paris must change, the movement for climate justice will not slow down. Around the world, marches, demonstrations, and civil disobedience are all planned for the weeks and months ahead. Together, we will continue to stand against violence and hatred with our peace and resolve. For people around the world, join the Global Climate March in your community to show your support for climate justice. For those who were planning to travel to Paris, still come and join us, and together we’ll find a way to take action together.” Haeringer said.

Are you marching in one of the 57 marches worldwide?

Here is just a humble suggestion from me, if you are participating in a global climate march or a peoplesclimate march in Australia.

Can I suggest that those of you not in Paris do a cardboard cut out of a person and write ‪#‎jesuisParis‬ on it and take it along to the protest as your plus one. Use it to add other climate slogans as you desire. Let your placards speak for Paris as the French State are attempting to silence the citizens of Paris mobilising during the climate conference.