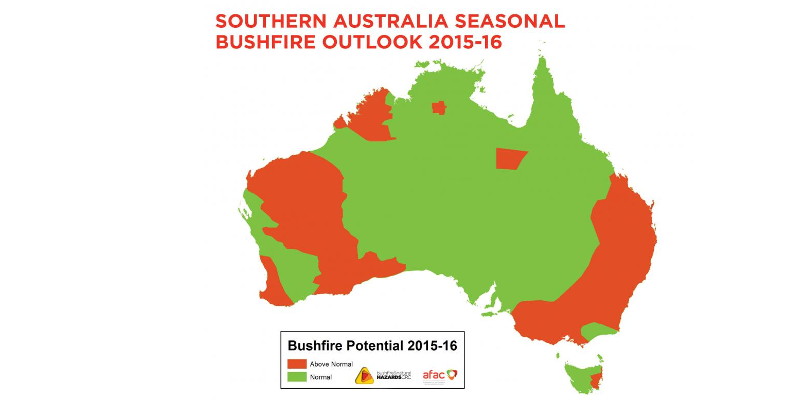 The Climate Council has warned that Australia faces increased bushfire risk, with fire seasons extending for longer due to the impact of climate change.

The warning comes after the United States and Canada have suffered one of their worst wildfire seasons on record. More than 8 million acres was burnt this year with seven of the top years having occurred since 2000.

The extension and overlapping of fire seasons in the northern and southern hemisphere poses problems as fire fighting resources and people are often shared and moved to accommodate the greatest risk.

But with seasons extending resources will be retained to fight fires locally. Australia has sent dozens of experienced firefighters to help combat more than 70 fires in the United States, but Australia’s fire season is now starting earlier in October and extending later into March.

“With the Bushfire and Natural Hazards Cooperative Research Centre today warning large areas of southern Australia are facing above normal fire potential for the 2015/2016 fire season, this is very concerning.”

Large areas of southern Australia are facing above normal fire potential for the 2015/2016 fire season, particularly along the east and west coasts extending inland, according to the Bushfire and Natural Hazards Cooperative Research Centre (BNHCRC) latest assessment of fire risk. 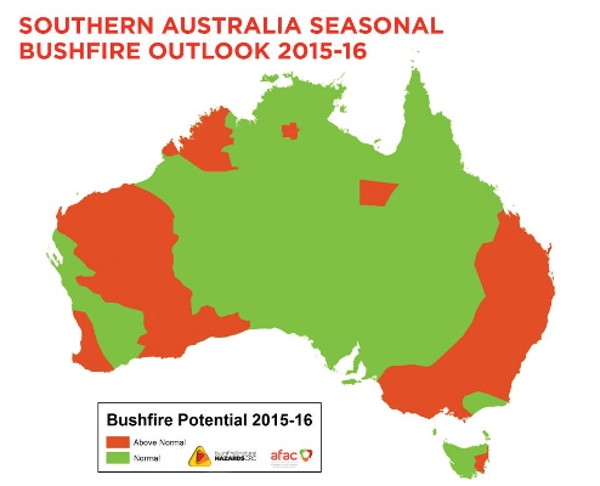 With El Nino strengthening and likely to be one of the strongest on record, and warmer sea surface temperatures in the Indian ocean, Australia is likely to face a major fire risk over the 2015/2016 summer, according to BNHCRC. This is on top of succeeding years of low rainfall with drought conditions already present in parts of Australia.

“There have also been significantly below average rainfalls over the last decade across almost all of eastern Australia, the west coast and Tasmania. Such underlying dry conditions mean that any surface moisture from recent rains will quickly decline once temperatures begin to warm. 2014 was Australia’s third warmest year since records began and, when combined with such long term rainfall deficiencies, an early start to the bushfire season is likely in many areas.” warns the BNHCRC. 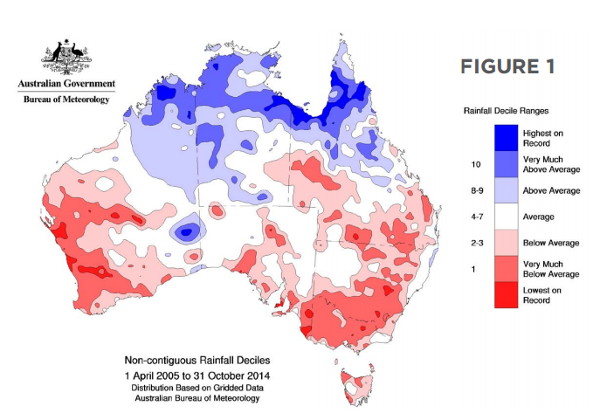 Australian Firefighters Climate Alliance spokesman Dean McNulty said firefighters were happy to help out their US colleagues. However, he called on Australian firefighting and emergency authorities to consider how the overlap in fire seasons might impact on operations.

“We’re very concerned about how severe the fire season has been in the U.S and the likelihood of similar conditions in Australia,” he said. “There is a real need to consider these kinds of climate issues in our emergency management planning.”

“We also need our government to support the firies who are doing the hard yards on the ground and do their fair share in cutting carbon pollution.” said McNulty.

And that is the crunch. On the Federal level we have a Prime Minister who is sceptical of climate change and particularly it’s impact on bushfire risk, even though he has been a volunteer with a Country Fire Authority (CFA) brigade. In 2013, shortly after being elected as Australia’s Prime Minister, he demonstrated his denial on the bushfire-climate change link.

Last summer we saw that Climate Change was not on Abbott’s South Australian bushfire agenda.

Building in bushfire prone areas is already a large issue which impacts the urban fringe of our major cities. The bushfires in October 2013 in the Blue Mountains west of Sydney destroyed 193 homes.

According to this Melbourne Polytechnic blog article, “the Mickleham – Kilmore fire on Melbourne’s northern urban fringe in February 2014 destroyed up to 50 homes, highlighting the destructive capacity of bushfires on the suburban outskirts of Melbourne. The Kilmore fire posed a threat to the lives or safety of 13,000 people as it spread rapidly towards 5000 homes including the suburb of Craigieburn.” 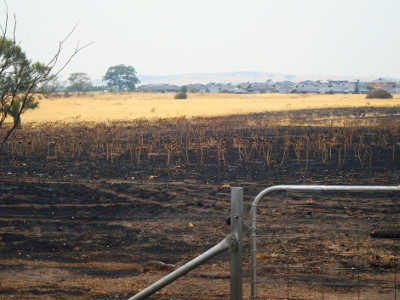 In the 2009 Black Saturday bushfires around Marysville, north of Melbourne, 173 people died. But this death toll was dwarfed by the 374 deaths attributed to the heatwave that occurred at the same time.

Climate adaptation is essential and we need to build our houses with better fire resistance and engage in better building and emergency planning for bushfires in fire prone areas.

But for the long term, to reduce bushfire risk we need to rapidly reduce our greenhouse gas emissions.

Amanda McKenzie, the CEO of the Climate Council, warned that cutting carbon pollution emissions was key to protecting Australians from worsening bushfire weather.

“We are watching the realities of a warming world unfold before our eyes. It is now very likely that we will smash temperature records again with the hottest year globally for the second year in a row,” she said.

“The increase in these record events underscores the importance of Australia’s emission reduction targets. Australia must make a strong contribution to the worldwide effort to halt climate change to protect Australians from worsening extreme weather events.”