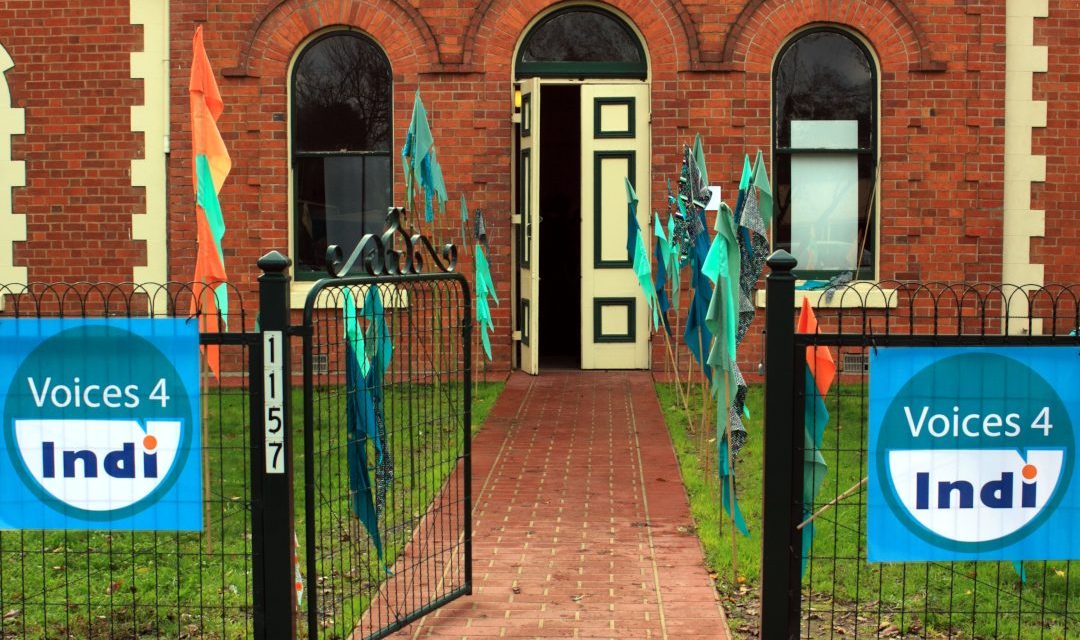 COMMENT: When Cathy McGowan’s team chose – with permission – a re-write of ‘From Little Things Big Things Grow’ as their 2013 campaign song, it left me feeling a little uncomfortable.

Incumbent Sophie Mirabella’s boycott of the apology to the stolen generation loomed large as a factor for the involvement of some key players in the formative stages of Voices For Indi (V4i). Was that the reason they chose this particular song?

In any event, on May 28, 2014 the new Member for Indi Cathy McGowan apologised to the Stolen Generation on behalf of the electorate in parliament’s Federation Chamber.

McGowan had long been underestimated. During and after the 2013 election, the Liberals claimed the Indi campaign was a front for GetUp, unions, Greens and Labor.

In fact, Indi locals and expats had pooled their intellectual grunt and experience and built Voices For Indi, which ended up launching a candidacy, campaign and style of representation that won the seat.

Alana Johnson is a founding member of Voices for Indi and current Chair of the Victorian Women’s Trust.

The 2013 McGowan campaign was full of accomplished people like Johnson. The Liberals faced intelligent, committed and extensively networked locals and Indi expats.

For anyone who recognised the incoming Abbott Government as the rise of the hard right, Indi was the only light in a very dark election.

There was intense national focus and support on Twitter for McGowan long before mainstream media took an interest.

Uniquely, Indi had Mirabella, an unpopular and divisive national figure of the Liberal hard right.

I sometimes wonder if city and rural Indi folk in unison – championing the demise of the Liberal power broker, and actually pulling it off – is what prompted the Libs to act so abominably in seeking revenge on McGowan’s young campaigners in 2014 – they wouldn’t want that sort of new approach to catch on.

Later that year, they also ran Indi Talks Democracy. Lesley Howard wrote about it in Participation an antidote to #Auspol cynicism: the #IndiVotes democratic revolution.

Warringah voters successfully exercised the power of their voice in 2019 and defeated former Prime Minister Tony Abbott. The genesis was Indi Shares.

The successful election of Helen Haines and Zali Steggall in 2019 is proof of concept. The Indi model of participatory democracy can be both sustainable and transferable.

A small but important win: the Nationals held Mallee, but the result showed it’s possible for independent campaigns to have electoral impact in safe seats, even without a white-hot local issue.

Independents, largely off the back of strong climate action campaigns, together polled 21.5 per cent of the primary vote – the nationals held the seat with a primary vote of 27.86pc.

Mallee was the last seat called by the Australian Electoral Commission.

Labor, on 15.69pc of the primary vote, ended up beating independent Modica into the final round of preference allocations, just.

What’s got my attention this election is the rapid growth of the ‘Voices’ movement and what that might look like, as electorates try to break free of the political establishment and reclaim their local agendas from opaque vested interests.

There’s dozens of groups, not all planning to run candidates. Some will miss the mark.

It’ll probably be messy in parts, but that’s okay too. Can anyone say the Liberals and Nationals are tidy?

Another development I’ll be watching with interest is the campaign of Susan Benedyka, a founding member of Voices for Indi, who is having a go at transferring the “Indi way” to a Victorian senate seat.

I’ll be reporting Indi and looking more broadly for stories around climate and integrity independents challenging Coalition-held seats. I’ll also be taking an interest in other disruptors that could influence the result in key seats.

It would be fantastic if NoFibs had a contributor from inside the Climate Strike movement. Please, leave recommendations or volunteer in the comments sections below this post.

Steggall is the advocate for climate action she promised to be, I expect her to hold Warringah.

Haines has become the leader for rural Australia. On climate and energy, health and education, agriculture and rural industries, she’s speaking for huge swathes of rural Australia with little interest in coal and gas mining.

Like McGowan before her, Haines is leading the charge nationally for a Commonwealth Integrity Commission, a core election promise.

I expect her to match McGowan’s 2016 two-candidate-preferred margin increase.

For anyone not watching, Indi folk have been sharing again, most visibly via McGowan’s participation in online events for Voices groups.

In 2013, when the Liberals realised Mirabella’s seat was in danger mid-campaign, they raced to reassign resources in an attempt to save Indi. It created substantial internal division even though the reassignment posed absolutely no threat to other candidates. Only Indi was threatened.

There’s dozens of groups across rural and urban Australia all united in one aim, to be the change they want to see,

Leading into this election there’s a verse from the Carmody/Kelly classic that keeps popping into my head:

Then Vincent Lingiari returned in an airplane
Back to his country once more to sit down
And he told his people “let the stars keep on turning
We have friends in the south, in the cities and towns”

In hindsight, it was the perfect choice.

An archive of independent reporting

Bob Brown back on campaign trail to #StopAdani: podcast

Burning down the house with the mother of all #ausvotes wedges

The #Indivotes campaign in pictures