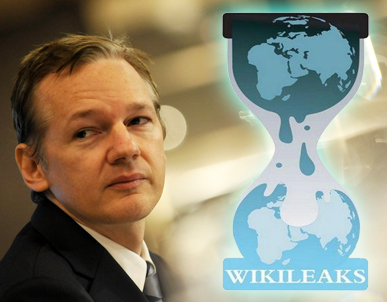 Julian Assange has been treated appallingly by the Gillard government, and the Tony Abbott led Opposition for that matter.  But Mr Assange’ s Wikileaks and its underpinning philosophies of both blowing open the world of secrecy that permeates bureaucracies and the political masters they serve – and reducing the footprint of the state in the lives of individuals in a democracy – are highly attractive.

These are the two reasons why I decided, having not been involved actively in politics since the Liberal Party threw me aside in 2002 on the basis that my attacks on its asylum seeker policies were high treason, to join Mr Assange and the fledging Wikileaks Party’s federal election campaign.  In a bleak political landscape (has it ever been as debased as it is today?) Mr Assange’s political movement is a tonic.  It’s the political equivalent of racing into the cold surf on a 40 degree day.

Make no mistake, as the veteran Michelle Grattan wrote this week, Assange is in the mix to win a Senate seat in Victoria.  And the Party can win seats in other states with the right candidates.  These are big calls to make and they are made with the usual caveat that a week is a long time in politics, but there is in the Australian community strong support for Assange and Wikileaks.

Many Australians think Julian Assange has been dealt a raw deal by the Gillard government.  It has been prepared to watch one of its own citizens hunted down by the US in the knowledge that if Julian Assange ends up in the United States he will be tortured.  Not one skerrick of political and diplomatic capital has been expended by Ms Gillard and the officials in DFAT to try and work out a political solution which would allow Assange to return to Australia after answering questions a Swedish prosecutor wants to put to him concerning relationships he had with a couple of women in that country.

That Assange’s Wikileaks movement is growing a political arm in Australia is a logical step.  There is no party in this country which unambiguously believes that we need to roll back the surveillance state.  Greens Senator Scott Ludlam from Western Australia has been a champion of this issue but he is too often a lone voice in the Senate.

Since 9/11 particularly both the Coalition and the ALP driven by the fear mongers in ASIO, ASIS, the Federal Police and the Attorney-General’s Department, has passed reams of laws and regulations designed to diminish individual liberty.  In the shameful absence of a Human Rights Act there has been no check or balance on laws which enable citizens to be surveilled and have their movements controlled or their data raided.

The other aspect of WikiLeaks and Assange’s views that appeals to me is that it’s the enemy of cosy deals between government and business.  And it rightly argues that a government that acts in secret is an undemocratic one.  The modus operandi of Australian governments from time immemorial has been to indulge in both with little or no real scrutiny.

There is in the Wikileaks Party a strand of liberalism which has long been attractive to me.  That is, that democracy works best when there is open government, transparency and a genuine commitment in word and deed to primacy of the individual.

The Wikileaks Party and Julian Assange are filling a gap in the political ideas marketplace in Australia.  Its fresh approach to policy making and to democratic values is compelling.

It has reinvigorated my interest in Australian democracy.