Why do we believe what we do about boat people: @GrattonWilson reflects 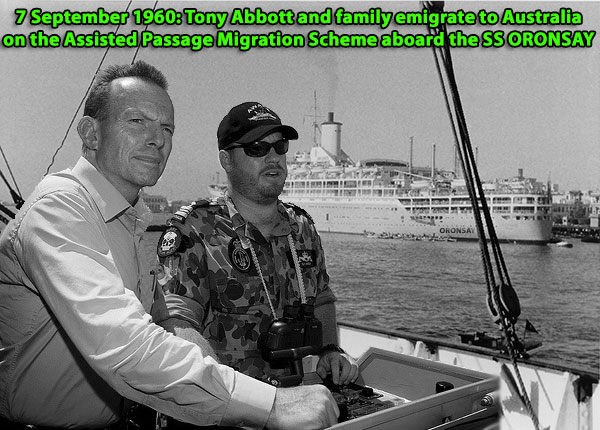 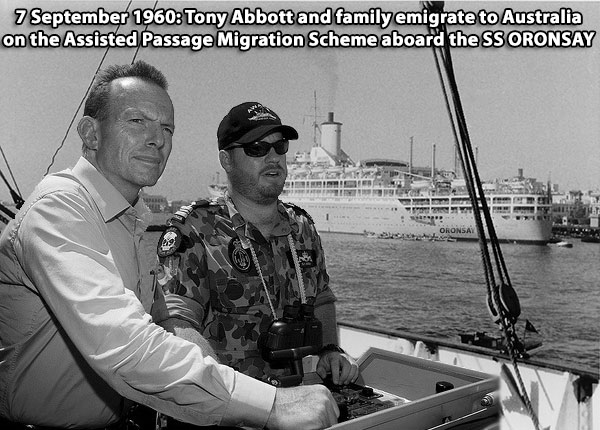 I have been following the debate about asylum refugees attempting to come to Australia by boats organised by ‘people smugglers’ on Twitter and associated documents. I was particularly attracted to a comment about the embedded cultural attitude we appear to still have towards people who we judge to be different. This made me think about other factors that may have gone to forming my own attitude to this issue.

I was conscious of attitudes of Australians to Chinese people in the early 1930s because we lived opposite a Chinese market garden on the river flats opposite our home.

We bought vegetables there every week and so we kids were friendly with Ah Nim and his partners.

My father, a policeman, was to some extent their protector from the local hoodlums, mainly kids on their way home from school who would throw stones and chant a range of obscenities. Their behaviour may have reflected the attitude of their parents. Later in life I learnt this attitude probably had its origin in the riots against Chinese gold miners in the mid 1800s, and was kept alive by anti Chinese legislation in 1870 and 1880 followed by the White Australia policy in 1901.

People talked about Greeks taking over our green grocers and resented the Slavs in our vineyards. Then there were those pesky black chaps (Aborigines) once a year trying to sell props to housewives. Props were long forked sticks to hold up laden clothes lines, long superseded by the Hills hoist.

Life at home was not affected by this background noise. Nor was life at primary school with the 100{17ac88c265afb328fa89088ab635a2a63864fdefdd7caa0964376053e8ea14b3} little white Anglo-Saxon faces, some bare footed and puny but not a shadow of intolerance. Bullying yes, but that is another matter still with us today. Looking back racism and fear always lurking in the background.

It was at high school in a small rural coastal town that I first personally came face-to-face with racism. There were Aboriginal families in the town. At school there several Aboriginal boys who were good at sport and accepted as equal. A relative successfully ran the local illegal bookmaking business. The town certainly regarded them as different, and if life was bad for them it attracted “Well what can you expect of people like that”?

On the other hand there was an Italian family, who ran a sawmill. Their son was probably the best cricketer the school ever produced. There were two beautiful daughters. This family was highly respected.

This was during the war. Teachers were scarce and we ended up with a rotund German who tried to teach us Latin. He had been unfortunate to have been in Australia when war broke out so was interned for a while and eventually put to work. We called him Herr Grubner and played endless tricks on him. He was fat, myopic, couldn’t control the class and, as we had been taught to hate Germans, he was hated, the poor inoffensive man that he was. Italian POWs were everywhere in their maroon uniforms working on farms where the men had left for war. 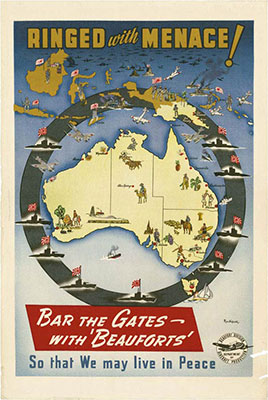 The place was an American submarine base as well as port for ships and people fleeing from the Japanese push south. The Yanks brought nylon stockings and some prosperity to the town.

Other interlopers were construction crews from ‘Curtin’ s Coolie Corps’ who built a fuel depot. The Coolie Corps were itinerants who had been rejected for military service but capable of physical work. There was no resentment of either group.

After the War the DPs (displaced persons) and reffos (refugees) came in waves, Balts doing menial work in hospitals, Italians cutting cane, German, Yugoslav, Hungarian, Dutch and just about every nationality worked on the Snowy Mountain Scheme. A million £10 Poms deigned to honour us with their presence – many went back as soon as the 2 year bond was up.

At university there was the first wave of Colombo Plan students. Over the years I shared residential accommodation with a number of these students. There were no resentments, rather a shared learning experience.

There were however a group of students who came from rural Western Australia who had an attitude to Aboriginal people I had not experienced before. They dined out with glee on stories of brutality. I had not then learned of the early stories slaughter and poisoning.

When I moved on to work in the CSIRO people trained in scientific research were in short supply in Australia and the organisation recruited staff from all over world. So it had a multicultural ethos and there was no racism.


View this document on Scribd

The country was divided by debate about Land Rights. Remember that brown map John Howard was fond of displaying, showing white Australians’ backyards being taken over by indigenous people? In Cooma and nearby Numeralla there was similar division in he community. A small Reconciliation group had been formed and on occasion a stand was set up in the local park on market day. My wife was one of those who manned the stand with leaflets and a “Sorry Book”. She was warned by a person we had thought to be a friend that such activity was not welcomed. The warning was ignored and a few weeks later she was handed a note from the KKK telling her to stop. Instead she went to the police and the local paper. The problem stopped.

I have worked for UNESCO in many countries and was a firm believer in all peoples living together in harmony. Australia’s multicultural approach is terrific. We all benefit.

What makes some of us behave antagonistically towards people from other countries at this time?

The early gold riots were understandable. People felt their living was being stolen by foreigners.

That attitude lived on, encouraged by legislation and the White Australia Policy. I recall furniture stamped “Made by European Labour”. The thought was drummed into the population.

Except for War Propaganda the attitudes seem to have been quiescent during the war years and for a time thereafter. There were no protests resulting from the post-war migration of refugees or displaced persons, and even the whingeing Poms were accepted. Many were regarded as cheap labour – migrants had to work in selected industries, particularly the cane fields. Many worked on the Snowy Mountain scheme. Cooma initially resented the inflow of foreigners but has now mellowed to becoming a proud multicultural town.

After the Vietnam war we took in large numbers of Vietnamese, initially resented but eventually becoming accepted as valuable members of the community. PM Fraser handled the intake diplomatically. Some but not all were very wealthy.

The big reawakening of racism resulted from of John Howard’s rejection of Australia’s ‘Black Armband’ history and the Tampa affair. He saw the Tampa asylum seeker ‘invasion’ as an election winner and embellished it with children being thrown overboard to demonstrate the evilness of foreigners. The hatred fostered by Pauline Hanson and John Howard continues to be nourished by the LNP.

Every time unemployment rises above a certain level it acts as trigger for ill feeling against foreign workers even though more than ever a proportion of those who complain are not Australian born. In recent years more people have come from a number of diverse countries. But the old fears remain ready to be reignited by dog whistles.

It will take a very persistent government to change this aspect of our psyche. The movement of people throughout the world is increasing because of wars caused by disputes over resources, religion, population growth and corruption. Climate change is disrupting food resources and also causing people movement all over the world. There will be more refugees as sea levels rise and arable land decreases.

A few years back I inherited some books handed down through the family, and amongst then is book of poems called Jarrahland Jingles by ‘Drytblower’ published in 1908 by the Sunday Times Publishing Company. The book includes a poem probably written a on the Western Australian Goldfields. It contains the attitudes passed on to us by our forebears.

They come not as an open foe

To loot the land with steel and fire,

No barricades to dust they blow,

Or make each home a lurid pyre,

They bear no bannerette of war:

No trumpet forth a challenge yells

From grim-built battleship to shore;

They rain no hell-invented shells,

Swarthy of heart as well as skin,

Along the street no shrapnel shrieks,

No rifle spits its venomed lead,

With piles of disembowelled dead,

They bear no bayonet, lance or sword,

They blare no brass, they roll no drum,

When comes this irresistless horde

From out its Mediterranean slum,

From where the stench of Lisbon’s dock

Along the Adriatic shore

Where swarming beggars whine and weep,

The tramp-ship shudders as they pour

Into her vitals dark and deep;

From old Cadiz to Thessaly,

From Montenegro down to Said,

They swarm across the Indian Sea

To swell the beetle-browed brigade,

To cheat the Briton of his crust :

to drag Australia to his dust,

The man the mines while workers born

Beneath the scintillating Cross,

Are ordered off in sneering scorn,

They smudge our land’s initial page,

For paltry pence they snarl and stab;

They undercut the worker’s wage,

For each at heart’s a loathsome scab ;

To rob the babe which, famished, drains

Its mother’s bosom gaunt and bare ;

To hoard his blood-begotten gains,

From black Bombay to brown Japan,

The dusky Pagan swells the flood

That, spite the interdicting ban,

Across a land once virgin good

A trail of greed and lust he leaves,

And o’er its virile nationhood

To tempt our maidens and our wives

With many a tawdry, tinselled snare,

To undersap their loyal lives,

In hovels never cleansed nor aired,

On which the Law indulgent looks,

He serves you dainty meals prepared

From filthy food by filthier cooks

He laundries whatsoe’er you need

What he demands you promptly pay,

While women of your British breed

Must sell their honor day by day.

He sells you fruits of Mother Earth

That ripened in his loathsome lair,

To blast the land that gave you birth ;

They come not as an open foe

To loot the land with steel and fire,

No barricades to dust they blow,

Or make each home a lurid pyre.

They bear no bannerette of war ;

No trumpet forth a challenge yells

From grim-built battleship to shore ;