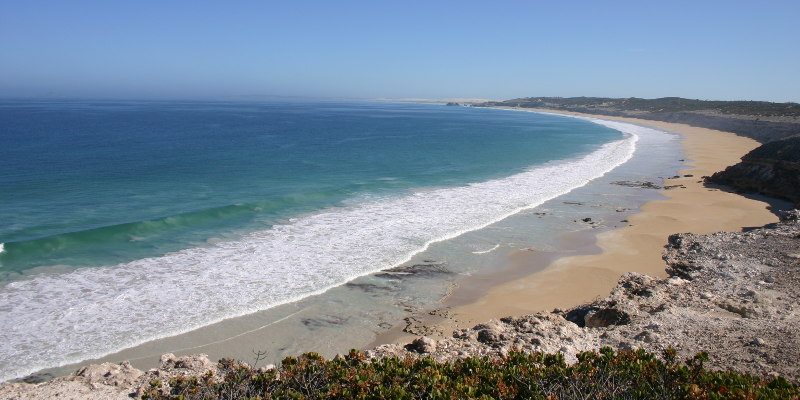 The fifth anniversay of British Petroleum’s Deepwater Horizon oil spill has just passed. Could such a devastating oil spill happen in Australia? Conservationists with the Wilderness Society and other environmental groups say it is a distinct possibility, off Australia’s southern shores in the Great Australian Bight. And it is British Petroleum (BP) again in the hot seat with exploration licences about to do some deep sea exploratory drilling.

On Monday April 20th activists from the Wilderness Society converted the statue of Colonel Light in Adelaide to a sea of black to imitate an oil spill. They were highlighting that BP is refusing to release oil spill modelling or emergency plans for their exploratory drilling in the Bight and the potential for catastrophic environmental damages to pristine ocean ecosystems and beaches on the South Australian coast.

Wilderness Society director, Peter Owen, told the ABC: “The potential of oil all over South Australia’s beaches was not Colonel Light’s vision for South Australia,” he said. “This is high risk. Why are the people of South Australia being asked to carry the risk for these big companies whilst they refuse to disclose their oil spill modelling, their plans to respond to an emergency?”

“We are confident that when we publish the clear, complete and accessible summary, it will satisfy the needs of our stakeholders and inform discussion,” a BP spokesperson told the ABC.

According to the Adelaide Advertiser story, BP keeping Great Australian Bight oil-leak study a secret, BP has modelled an 805-tonne oil leak that would last 35 days and pollute at least 100km of coastline if it reached shore.

So what is at risk? Aquaculture around Port Lincoln. Tourism of pristine beaches like at Coffin Bay National Park. But that’s just the coastal fringe. Conservation SA highlights key conservation concerns about the threat to marine ecosystems with any oil spill:

“This area has the greatest diversity of marine life anywhere in the world, including the Great Barrier Reef. Less than 1{17ac88c265afb328fa89088ab635a2a63864fdefdd7caa0964376053e8ea14b3} of the marine life in this area is protected from oil and gas operations, but up to 90{17ac88c265afb328fa89088ab635a2a63864fdefdd7caa0964376053e8ea14b3} of the marine life is found nowhere else in the world. The area is globally significant for sperm whales, blue whales, beaked whales and southern right whales, as well as great white sharks…. The area is also immediately south of the Marine Mammal Protection Zone well known as the place where southern right whales meet to breed and calve.”

But is this greater regulatory management enough to prevent damage in the event of a major oil spill?

BP’s four exploratory oil and gas permits in the Great Australian Bight were awarded in 2011 by the Australian and South Australian Governments. The permit area also covers part of the benthic marine park.

3D seismic survey occurred over part of the area between November 2011 and May 2012, after regulatory approval.

The proposed drilling area in the Bight has water depths of approximately 1000 to 2500 metres. The Wilderness Society questions BP’s preparedness and highlights the level of negligence in the Deepwater Horizon case.

“We understand that BP is assuming that they can stop any oil well blowout in the Great Australian Bight in 35 days. In the Gulf of Mexico oil spill BP took 87 days to stop the leak. And the seas in the Great Australian Bight are more remote and much more wild. We think they are seriously underestimating the risk.” says the Wilderness Society website.

BP’s Deepwater Horizon rig in the Gulf of Mexico was drilling at a sea depth of 1600 metres, when the catastrophic explosion occurred which resulted in the rig sinking. The initial explosions killed 11 people. But the resulting sea-floor oil gusher flowed for 87 days and was the largest accidental marine oil spill in the history of the petroleum industry. The oil spill resulted in extensive damage to marine and wildlife habitats and disruption to fishing and tourism industries.

When something goes wrong at a deep sea drill site, it is not at all easy to do repairs or to limit the pollution damage that results. Work at great ocean depths needs to be done by remote controlled robotic submersibles. It can take a helluva long time to cap a wellhead blowout, using robotic controls.

The worst marine oil spill in Australian waters occurred off the Kimberley coast of Western Australia: the Montara oil spill in 2009 in the East Timor Sea. It took 74 days and 5 attempts until the well was successfully plugged. It is estimated that between about 4,000 tonnes to 30,000 tonnes was lost from the well to pollute the marine environment, but most of the environmental damage was to deep sea ecosystems with no oil damaging the western Australian coast. It is considered to be the worst oil disaster in Australia’s history so far.

So what would happen if there was a similar substantial blowout while doing exploratory drilling in one of their exploratory permit areas off the South Australian Coast? A Wildreness Society map shows a superimposed image of the Deepwater Horizon disaster on a map of the South Australian coast. Of course currents and winds would probably change an oil spill impact, but it gives you some idea of how much of the coastal environment may be affected if something major was to go wrong.

BP have subcontracted Diamond Offshore to operate a new semi-submersible drilling rig being built for $US755 million by Hyundai Heavy Industries in South Korea, and due to be delivered in November 2015. A heliport aviation base at Ceduna is also being constructed this year as part of the project expenditure.

The project timeline has now been put back with drilling expected to start in late 2016, according to Bloomberg.

Of course none of the licensing approvals refer to the oil and it’s contribution to greenhouse gas emissions from new sites such as in the Great Australian Bight.

Governments, both state and Federal, are eager for the royalty payments to boost their revenues as far more important than the challenge of restricting the burning of fossil fuels to limit climate change to 2 degrees warming.

But an economic resource study published in Nature in January 2015 by Christophe McGlade and Paul Ekins argued that most fossil fuels must be left in the ground, unburnt to avoid exceeding the 2 degree Celsius limit that nations agreed to at climate talks, first in Copenhagen in 2009 and confirmed at Cancun in 2010.

Lead author Dr Christophe McGlade, Research Associate at the UCL Institute for Sustainable Resources said: “We’ve now got tangible figures of the quantities and locations of fossil fuels that should remain unused in trying to keep within the 2°C temperature limit.

“Policy makers must realise that their instincts to completely use the fossil fuels within their countries are wholly incompatible with their commitments to the 2°C goal. If they go ahead with developing their own resources, they must be asked which reserves elsewhere should remain unburnt in order for the carbon budget not to be exceeded.” stated a media release.

The paper forms a substantial part of the argument put forward by Climate scientist Will Steffen in the Climate Council report Unburnable Carbon: Why we need to leave fossil fuels in the ground.

According to McGlade and Ekin, 2.7 billion barrels of oil or 46{17ac88c265afb328fa89088ab635a2a63864fdefdd7caa0964376053e8ea14b3} of known reserves in the OECD Pacific region – Australia, New Zealand, Korea and Japan – need to remain unexploited. Natural gas percentage is 51 per cent and coal is a staggering 95 per cent of known reserves that needs to remain in the ground, unburnt.

Perhaps it won’t be long before we see Greenpeace activists swarming the new BP rig before a team scales the structure to unfurl banners in nonviolent protest at endangering the South Australian marine and coastal environment, and indeed, the global environment through climate change. A ‘Save the Whales’ banner would indeed be appropriate for the occasion.

In the meantime, the Wilderness Society have an online petition you can sign. 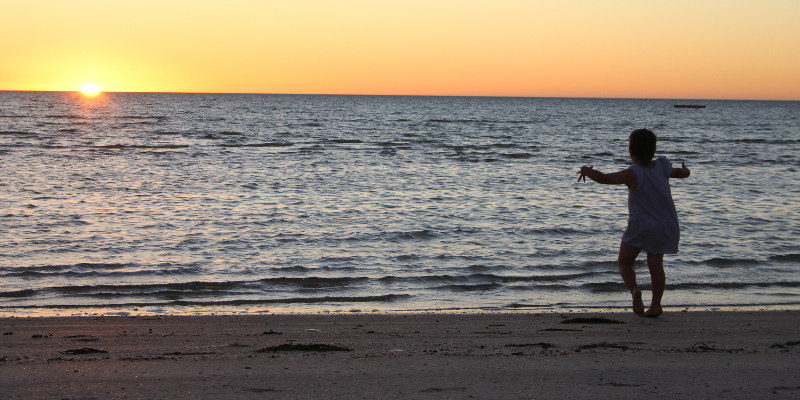