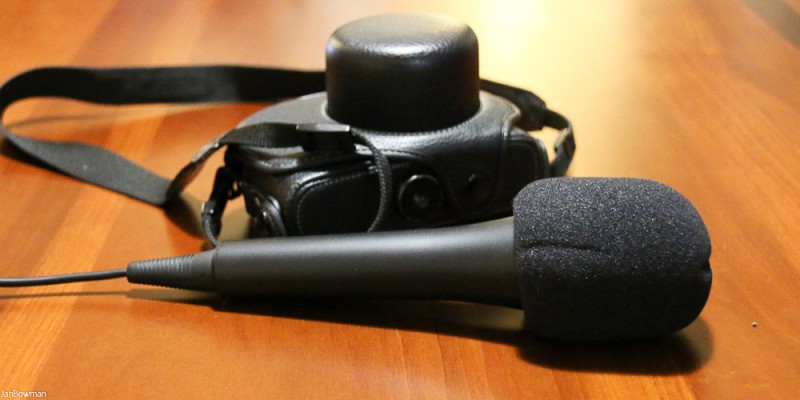 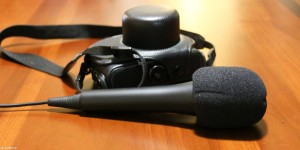 Starting Out
Reading good journalism is a vital part of my life, and like many I am fearful for its future.

I came to citizen journalism when I volunteered for Margo Kingston’s No Fibs 2013 federal election project. The project lead to me doing some writing for my local Westender News and eventually to participating in a community correspondent project with ABC radio in Brisbane.

In ‘Getting to Grips with Griffith‘, I reflected on this early experience as a Citizen Journalist (CJ), but Margo wanted me to record the process more.

I have procrastinated for months, not really knowing (and perhaps not wanting to know) what my story was, so in the end, I went to talk to Margo about her concept of citizen journalism and how the election project fitted into this new way for audiences to access news.

Use the “I” word
Right from the start on No Fibs, I decided to remain impartial and objective. I didn’t want my voice or opinions to intrude. I came to the project with the idea that good journalists should be neutral and dispassionate. And as much as I have deeply held views, I would never describe myself as an activist. I would rather give voice to others than impose my views.

But a defining feature of Margo’s philosophy of citizen journalism is the use of the first person pronoun.

“I think the only rule I put on them [CJs] in terms of style was that they had to write in the first person,” Margo told me recently.

I hadn’t remembered Margo’s rule about the first person and asked why she thought it was so crucial for the No Fibs election project.

“I wanted people to feel it was their space. I didn’t want to put rules and regulations on them. I wanted them to find their own voice,” she said.

Margo thinks the idea that journalists are not participants is ludicrous. “This idea of objectivity is a lie. The way to get trust is to acknowledge that you are a person involved in this: that you are subjective” she said.

It’s Local
Margo is right, being a local is important.

In the lead up to the 2014 election, most of my No Fibs stories had been republished in The Westender. As a result, I had a very modest local profile. So, in contrast to the Federal election, by the time of the Griffith by-election I had no trouble accessing candidates. Labor’s Terri Butler, then a relative unknown, needed to build a profile quickly, and she agreed to an interview with me even before she was preselected.

The office of her Liberal National Party opponent, Dr. Glasson, proved to a much more insurmountable barrier. I approached his team early about the possibility of an interview but got nowhere.

But you take your opportunities where you find them. Every Saturday, like many of my fellow Westenders, I buy my fruit and veg from the local Davies Park Markets. It’s also the place political candidates come to meet the locals.

So, when a week or so before the election I saw Dr. Glasson mingling with local shoppers, I grasped the chance and introduced myself. He agreed to a brief interview on the spot.

The resulting story was a personal one for me, and one in which for the first time, I declared a personal position on an issue. Can you do this, and remain balanced?

Margo thinks you can. She told me:

“You’re there – it’s your story – the emphasis is on the [being a] citizen, rather than on [being a] journalist…” “I want the reader or listener to identify with the journalist… “– how about we give you reporters you can actually identify with?”

Part of the Conversation
Margo vision, she told me when I first signed up the project, was to have people who are part of their own community, asking the questions, talking to the candidates – all candidates not just those who represent mainstream parties.

I must admit that as someone who was writing about her own community I sometimes felt somewhat uncomfortable about that notion. I was very new to my community in 2013 and at times that made me feel like an impostor. But I found that being new meant that I was not working from any assumptions about existing alliances. I made the odd faux pas no doubt, but I was not captive to any one point of view or camp, and this can be one of the real risks of being too close to your subjects.

In his 2011 article titled Why Political Coverage is Broken Jay Rosen is critical of the approach of much of the mainstream media these days, suggesting that political journalists are often more engaged in a conversation between themselves and politicians. He cites the ABC’s Insiders program as an example of this.

How can it be, he asks, that a program that purports to be reporting on politics should call itself Insiders, leaving the audience the outsiders?

His point goes to the heart of what I think Margo Kingston was doing with Webdiary and now with No Fibs.

The No Fibs citizen journalism project has not been about replacing professional journalists with amateur volunteers: it was about making the news local again.

The Westender
Citizen journalism is not a new concept, of course. Community papers often rely on community members for content.

The Westender is a local, mainly online, journal, with a monthly print edition. It is published by Kerrod Trott and Geoff Ebbs. Geoff Ebbs was the local Griffith Greens candidate in the September Federal Election and again in the Griffith by-election. After I had interviewed him early on in the lead-up to the Federal election September 2013 The Westender began republishing my No Fibs stories.

Being republished locally was fabulous for me in terms of networking and was the sort of outcome I think Margo had hoped for. Since the election, I have continued to write the odd story for The Westender.

Kerrod Trott told me The Westender is the oldest community newspaper in Brisbane, and yet he has never employed a journalist. He is happy to accept stories from local community members and journalism students.

There is a trade-off for the contributing journalism student Geoff Ebbs says. “Commercially we are taking advantage of people who don’t have many options and offering them some training in exchange,” Geoff said. And through the process of writing for The Westender, Ebbs argues, students will have a number of published articles that they can put in their resume selection one day get a job.

Kerrod says he is totally dismayed with the narrowness of media these days, he says, and with the difficulty getting any media coverage for social justice issues. He doesn’t have an editorial policy but seeks to publish a diversity of voices.

Unlike No Fibs’ national focus, The Westender is very much a local paper that celebrates the West End: a place Kerrod loves.

My Westender stories have been local and diverse, covering such topics as a rally against a local building development, a profile of the local Bicycle Polo team, and the impact of funding cuts on their local community centre.

Trust and collaboration
CJs can feel quite isolated at times. It’s probably not so different to what most working journalists have to do these days as resources for support services diminish. I have had to do my own research, find my own contacts, do my own photography, and upload my own stories.  And for many of us, all this has to be fitted around a full-time job.

We are lucky if our work gets subbed, and sometimes it shows.

Geoff Ebbs told me that there were limits to the availability of resources to manage the citizen journalists working on The Westender. He told me that the process going on in community newspapers is not that much different to what’s happening in mainstream media where writers increasingly have to do their own subbing, and he says, “we are more likely to be picked up on the sort of errors that we now starting to see in mainstream media as well”.

Neither No Fibs nor The Westender has the capacity to do investigative journalism, and this is where the professional journalist and well-resourced media is so vital.

Like No Fibs, contributors to The Westender can access its WordPress site and load their own stories. There is an element of trust in this process, both for the publisher and the writer. In my case, I leave the final publishing decisions to Geoff and Kerrod.

For someone like me who is learning on the job and who has little interest in writing personal blogs or opinion pieces, the strength of the No Fibs and The Westender models has been enabling collaboration between experienced writers and community-based contributors. This model addresses some of the quality control issues that are frequently raised by critics of citizen journalism, and it also brings the writer into a team.

However, No Fibs now leaves the sub-editing and publishing decisions to the CJs themselves. Even with the comprehensive guidelines provided this can be a daunting prospect for an uncertain amateur writer.

Having the confidence and knowing when to press that publish button is still the ultimate test for me.

PART 2 can be found here