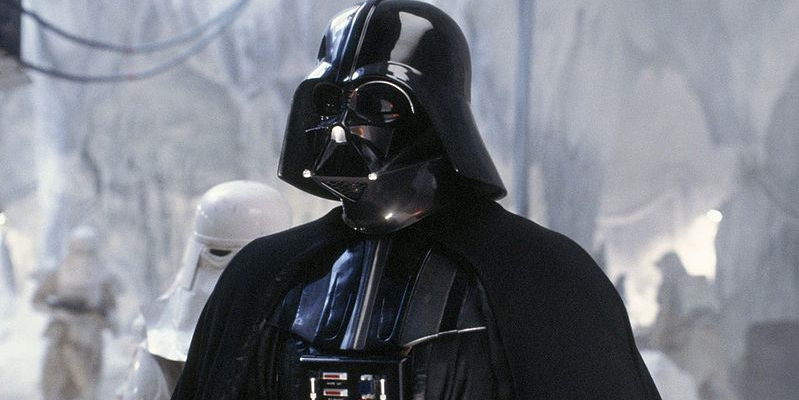 NEWS sites are getting harder to access for free of late. Paywalls are up and apparently profitable for News Corp and Fairfax. Crikey had one for years and recently Wendy Harmer’s flagship site The Hoopla shut the gate on free reads with its 34 cent per day subscription.

Media-hungry online consumers are faced with a choice about where to get value for our money, but despite there being much more on offer than the old Fairfax vs Murdoch choice, the landscape is still dominated by these two big players.

This doesn’t matter if we’re not interested in reading anything published by the mainstream media. After all, progressive digital online media consumers have standards, right?

Sticking it to them at News Limited.

Since I started participating in the social media I’ve seen plenty of lashes given to News Limited (the former name of News Corp). The bumper stickers: “Is that true, or did you read it in the (insert your state’s Murdoch daily/weekly)?” did the rounds. We all had a laugh and a chuckle, and called them ‘News Corpse’ when they changed names in 2013.

Seems newspaper reading is as much of a team sport as politics. Media hubs tend to pick sides on the major issues, and we follow their leads willingly.

But here in Queensland we’re hard-pressed to secure any kind of Fairfax title at a service station or shopping centre. If there are any copies of The Sydney Morning Herald or The Financial Review left by late morning, they’re down there in the shadow of the enormous stack of The Courier Mail which dominates the newsstands. I asserted as much on Twitter recently and got rather angry responses from disbelieving right-wingers in the southern states, even after I posted the photographs which proved my point.

We have The Brisbane Times, a Queensland-focused online Fairfax news site (with no paywall as yet), but online news sites do not ‘hit the stands’ where three-word slogans are concerned. 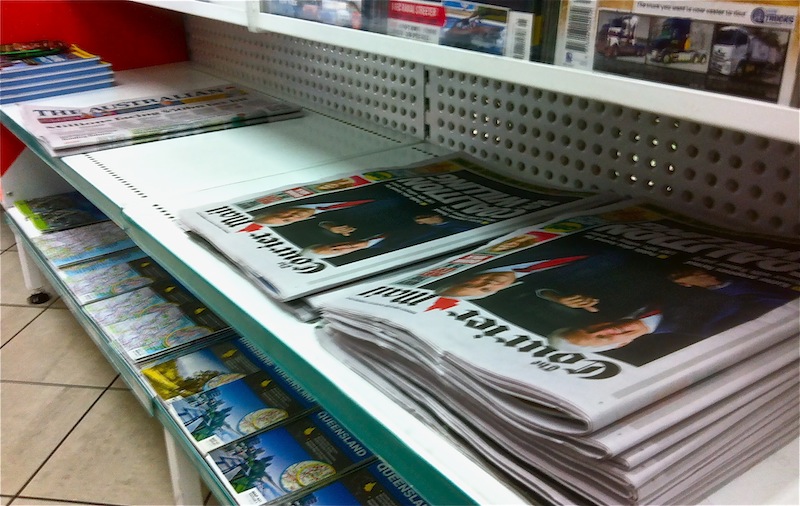 Where’s Fairfax? 6.45am at the service station near my day job, no copies of SMH or The Financial Review available.

Clearly, Rupert rules the newsstands in Queensland, where voting habits tend to support his team, but what if I told you the coffee tables, magazine racks, DVD collections and bookshelves of staunch anti-Murdoch slacktivists across the country would reveal reading habits and literary choices replete with Rupert?

News Corp (and News Limited before it) is a lateral-thinking publishing company, not limited to news print or online hubs. Some of their lifestyle choices may shock you, from Gardening Australia magazine to MasterChef.

Movie production and DVD publishing are also a great forums for Murdoch’s 21st Century Fox empire striking back, so check your purchases of the Star Wars franchise if you want to be a Murdoch-free household.

Literature is not off the hook either. Some of our most enduring book titles are in the Murdoch stable. Lemony Snicket was borne of HarperCollins publishing in the years after 1989, when Murdoch acquired the company, along with the publishing rights of J.R.R. Tolkien. Who knew? Gandalf and Gollum turned team Murdoch!

I’m far from innocent, I hasten to add. The first job I managed to secure after a year of postgraduate study in the United Kingdom was a temp position at the enormous HarperCollins office in Hammersmith, west London, as a mail despatch boy pushing his trolley all day for a month in the late English winter of 1993.

Off the despatch room, entire skips of remaindered books sat outside, and we mail boys were allowed to take whatever we wanted before the contents went off to landfill. I retrieved plenty of Murdoch-owned titles by the likes of Janet Frame and C.S. Lewis.

My first freelance journalism income came from The Weekend Australian, when I managed to sell two stories to the Weekend Professional section. I’m acutely aware that for certain social media purists, me getting 75 cents per word from Rupert Murdoch is tantamount to betrayal.

Great English playwright Alan Bennett, the quietly-spoken Yorkshireman who gave us The Madness of King George and The History Boys, had much higher standards than me when he made an admirable stand against Rupert Murdoch in 1998.

Offered an honorary degree by Oxford University, Bennett wrote to the institution which had accepted him (to read history) and Rupert Murdoch (to read philosophy, politics and economics) in the 1950s, to explain why he would have to decline due to the university’s creation of the Rupert Murdoch Chair in Communications, funded by the graduate himself.

Being a playwright, Bennett added his own brand of literary flair for the Vice Chancellor: “If the university thinks it’s appropriate to take Rupert Murdoch’s money perhaps they ought to approach Saddam Hussein to found a chair in Peace Studies.”

Bennett had more cause than me for Murdoch disdain, having watched his friend – British television personality Russell Harty – exposed in The News of the World for alleged association with rent boys.

At Harty’s 1988 funeral, Bennett delivered a eulogy which revealed how Murdoch-employed reporters harangued his friend in his hospital room. They were after a ‘Harty Has AIDS’ headline, but they did not find it. ‘Harty Has Hepatitis’ would have had a better (and more factual) ring to it. Bennett is surely gleeful at the demise of The News of the World 15 years on, its criminal invasions of privacy the cause.

So, where does all this leave the average punter who doesn’t want to line Rupert’s pockets with purchases of online subscriptions, books, DVDs, movie tickets and the like? 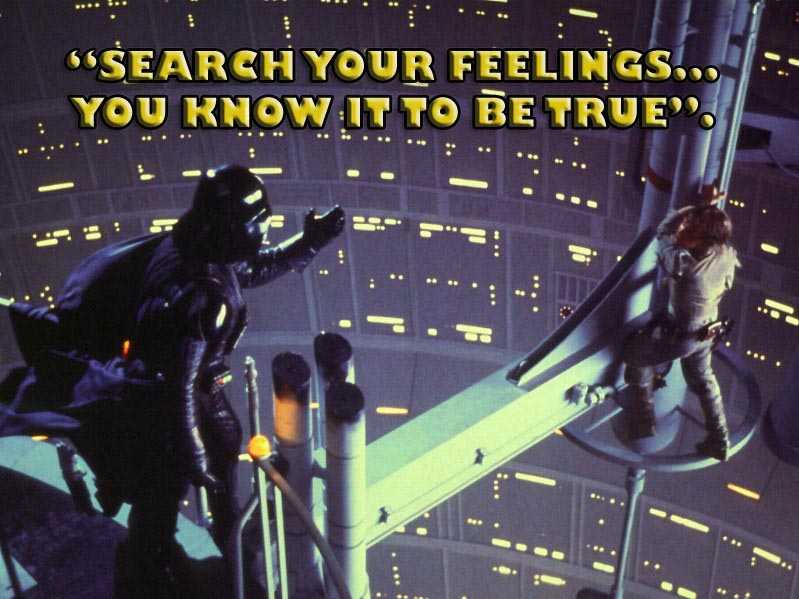 Luke Skywalker before the fall.

To avoid new versions of Murdoch’s HarperCollins titles, your local second-hand bookshop would be a great start. Old mags are piling up in op-shops – try them for back issues of Rupert titles like Inside Out and Donna Hay magazine.

For news, perhaps fork out for a subscription to the non-Murdoch source of your choice. Try one of the indies, or make a donation to No Fibs.

Going to the movies and buying DVDs is going to be fraught with potential hypocrisy – do your research in the broad-ranging licensing network of Murdoch’s media empire.

Just don’t take it out on Bilbo Baggins – like the cornered Luke Skywalker, he’s possibly in shock at revelations about his new ‘father’, Rupert.