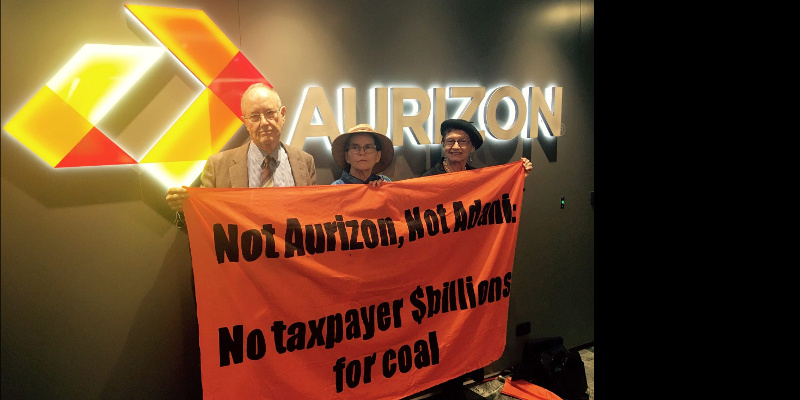 Rail freight company Aurizon Headquarters in Brisbane was occupied by Adani protestors today. Aurizon have put in a funding application to the Northern Australian Infrastructure Fund (NAIF) to build the coal freight railway line from the Galilee basin to the coast at Abbot Point.

Yesterday in Canberra 13 community organisations launched a major campaign that will likely include civil disobedience actions, to Stop the Adani Carmichael coal mine. Former Tasmanian Greens senator and Franklin Dam campaigner Bob Brown joined community leaders to launch the Stop Adani Alliance to build the ‘biggest movement in Australia’s history’ to stop Adani’s coal mine from being developed.

“People are coming together to draw a line in the sand with Adani, just as previous generations did with the Franklin River dam. In fact, the Stop Adani campaign reminds me of the Franklin in many ways, the level of passion and commitment will turn this into a nationwide showdown.” said Bob Brown 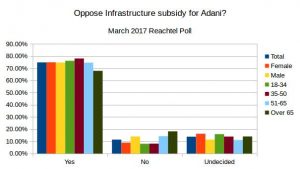 Brown called the Adani coal mine as the most dangerous in our history as it will increase global carbon pollution precisely when emissions need to be drastically cut, in line with commitments of the Paris Agreement made in December 2015.

Public opinion polling conducted by Reachtel on 14th March 2017 shows most Australians want Adani to at least fund their own infrastructure and not rely on a $1 billion loan of public money from the Northern Australian Infrastructure Fund. (See also: The Guardian: Opposition to public funding for Adani rail link outweighs support, poll finds)

“Adani and the Federal government have no idea of the scale of opposition and voter backlash they’re facing – it is time for them to withdraw approvals for the mine and stop coal for good.” said Bob Brown. 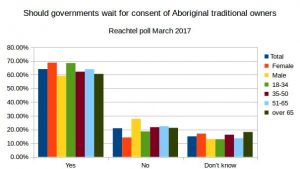 Also at the launch, Ms Millie Telford, National Co-Director of the Seed Indigenous Youth Climate Network, said “Adani’s mine will destroy country and the climate forever and devastate the ancestral lands, waters and culture of Aboriginal peoples in the region as well as Indigenous communities who are already on the frontline of climate change.

“State and federal governments are doing Adani’s dirty work for them working to ram through changes to both native title and water laws so their dangerous mine goes ahead, in the face of opposition to the mine from the Wangan and Jagalingou peoples.” she said.

“As Aboriginal and Torres Strait Islander young people, we have a responsibility to protect country and are rising up against this destructive coal mine. We are proud to join the Stop Adani Alliance and to stand with over two million people around the world who have already taken action to stop this mine.” concluded Ms Telford

Today saw a small civil disobedient occupation protest action at the Aurizon offices in Brisbane. Five people were arrested and have been bailed. Aurizon have put in a competing application to Adani’s with the Northern Australian Infrastructure Fund to build the 300km rail line to the coast. Follow the action on the storify below: