Climate heresy in the high country: @burgewords comments on #NewEnglandVotes 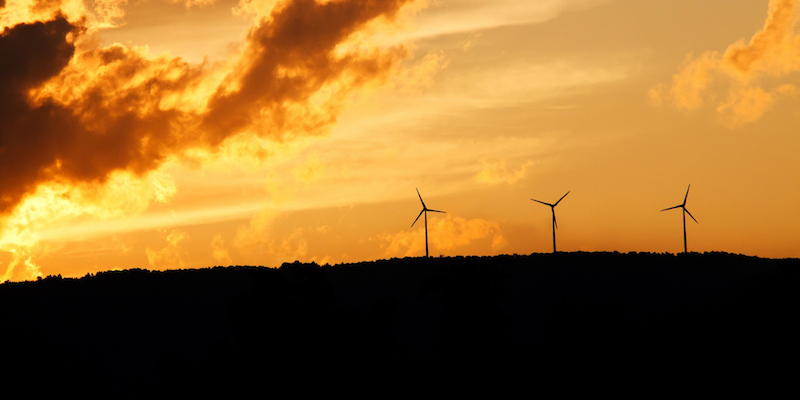 To turn this region into a true believer, New England voters need to decide if we want fossil fuel extraction in the energy plan.

WHEN state member for the NSW seat of Northern Tablelands Adam Marshall put pen to paper in favour of renewable electricity generation in mid-2018, the news made barely a ripple in a media landscape apparently hungry for stories about alternatives to burning coal.

In his opinion piece for the local Fairfax Media weeklies, Mr Marshall ramped-up the religious rhetoric, calling renewables a “miracle” and himself an “agnostic” on the issue.

He also made a bold prophecy: that the NSW New England region — an agricultural heartland — could become a net exporter of renewable energy. Jobs, local economic boosts, and low-cost energy would be the outcomes of change the state minister claimed was driven by community sentiment in a Climate Institute survey.

Lest Mr Joyce try to claim credit for Adam Marshall’s renewables pilgrimage — he’s not above attending photo opportunities at renewable project sod-turnings in the region — it’s time to consider what this identity crisis for New England Nationals means for the federal election.

After working in rural media in the United Kingdom, North America and Australia I moved home to the New England region in 2017. One of the greatest surprises of my return were the regular sightings of wind turbines and solar arrays.

As I soon learned, the locals all know about our Chinese-backed renewables miracle even if the Canberra press bubble doesn’t join the dots and ask Barnaby Joyce about it. If you ever get around to driving to Inverell from Glen Innes along the Gwydir Highway you’ll see some of the most iconic grazing land in the region, with an increasing number of wind turbines and solar panels hiding in plain sight of some very high-profile renewables naysayers.

Perhaps the real miracle is that this stretch of country has given hope to those who believe the links between pollution of the soil, air and water and global warming.

But to turn this region into a true believer, New England voters need to decide if we want fossil fuel extraction in the energy plan, and someone is prepared to ask us: newly-announced independent candidate Adam Blakester wants to know what constituents think, in fact he’s prepared to create his policy platform on our views.

It’s an unexpectedly abstract start to what may prove to be a refreshing campaign.

Without ruling out extractive industries, Adam Marshall, who also serves as NSW Parliamentary Secretary for Renewable Energy, stated: “I’m all for a sensible energy mix,” in his 2018 piece.

Agnostic, yes. Renewables purist, no; although his plan for the region to export renewable energy hints at the New England doing its fair share of heavy lifting in national electricity generation in years to come. If we punch above our weight with wind turbines and solar panels, surely that means we won’t have to allow more coal and coal seam gas (CSG)?

Mr Blakester has sat at the table with Mr Marshall in this space, whereas Mr Joyce is firmly on the record as pro-fossil fuels. In 2018 he headed an inquiry into the mining sector aimed at increasing community benefits. As recently as the Wentworth by-election he was calling for the Snowy Hydro 2.0 project to be scrapped and the savings used to fund new coal-fired power stations.

Apart from publicly defending prime agricultural land at threat from the Shenhua Watermark project’s plan to mine coal on the Liverpool Plains, Mr Joyce prevaricates on how much extraction should be allowed in New England. A public spat with former independent member for New England Tony Windsor during the 2016 election campaign was fought around accusations about mining affiliations.

So the sacred centre ground on fossil fuels is available for Mr Blakester to occupy, although he’s waiting to see if New England voters will lead him there.

The city of Tamworth had strong leadership on energy innovation well over a century ago when it embraced a new form of power. The town was the first in Australia to generate electrical street lighting, in 1888, replacing gaslight with a municipal power supply. Advocated by mayor Elizabeth Piper, that push was bitterly fought through a local media war fuelled by vested interests.

We’re back on similar battle lines, although the benefits of new energy generation are only just starting to show. Community grants have been rolling out of the wind farm projects, and a recent NSW Valuer-General’s report attributed a 3.5 per cent increase in residential land values for the Inverell Shire area to increased demand due to wind farm projects in the region.

However, the more pressing issue for New England right now is the ongoing drought.

On what seems to be an unfolding tour of the region to launch his campaign, Mr Blakester will be unable to avoid climate talk. From the ranges above the Northern Rivers in the east, to the Western Slopes and Plains, we’re seeing local mass fish deaths and intense bushfires during such a severe lack of rain that it’s hard to find consensus on whether conditions signify the new normal or just business as usual in a dry spell.

Adam Blakester’s public-vote approach to leadership is innovative, although starting with a blank policy canvas is a high-stakes move.

The non-executive Lock The Gate director has a track record in the sustainable governance and worked extensively on the New England Sustainability Strategy (NESS) with the company he serves as executive director of: Starfish Initiatives.

But what happens if this region’s voters tell him we want to extend our faith to, say, CSG?

This week, at Inverell, combined churches are eschewing earthbound leadership by praying for rain. With decisions due on the Shenhua Watermark project in 2020, New England voters are yet to see if we’ll get a federal candidate willing to speak what some would call heresy on the climate change benefits of renewables, while excommunicating fossil fuel extractors once and for all.

At the end of the day, a leadership drought during a big dry might result in business as usual at the ballot.