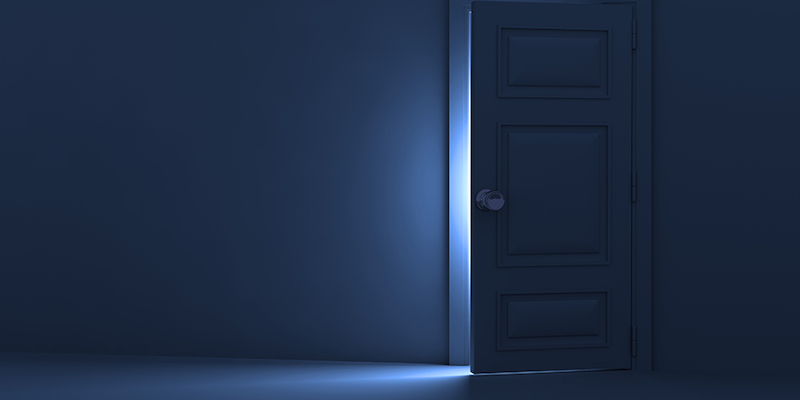 Australian artists will never be silenced by cuts to funding.

MUCH is being made of this week’s wholesale cuts to arts funding in Australia. We knew it was coming, it’s shocking to witness, but does it mean anything to the average Australian artist?

Well, if you’re an independent Australian artist, probably not.

There is a simple reason for this, and it’s going to be hard for many commentators and readers to accept: for decades now, arts in Australia have been funded in a trickle-down manner that Margaret Thatcher would be proud of.

I’m an artist who practices several art forms. I am a fiction and non-fiction author, playwright and painter, and I’ve also worked as an actor, illustrator, designer and filmmaker.

Funding? Yeah, tried to get that many times, but I failed far, far more often than I succeeded. I genuinely wonder what it’s like to have public funds to practice my art. I imagine it’s a bit challenging, especially being accountable to the funding body (and the public), but I’ve never been in that right time at that right place to get my ticket to the top floor of Australia’s arts sector.

Although I haven’t let that stop me. Ever since graduating two decades ago, with two art diplomas, I’ve worked a string of day jobs to support myself while I practice my art. I thrive while telling stories, it’s in my DNA and I’ll never give it up; yet if I’d had to rely on the meagre income generated from my art, I would have given up long ago.

That’s not to say I subscribe to the notion that my output should have no currency just because it comes naturally. Far from it! Artists should be paid well for our skill and our time. The trouble is, creating a market for art in this country right now is almost impossible whether you’re funded or not.

The problem for independent artists is not funding, it’s access. 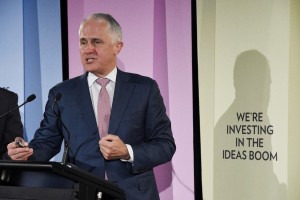 My ears prick up when I hear Malcolm Turnbull talk about Australians needing to be agile enough to ride his ideas boom, because to date he’s never thought enough about the arts to include it in his revolution.

But artists are in it up to our eyeballs, already risking everything with the best of them. I innovate, particularly as an author. In the past two years I’ve been agile enough to teach myself how to publish quality books – my own – using the online tools that are at the fingertips of any burgeoning writer.

In many art forms, from literature to live performance, it’s now possible to create content and generate sales channels via the internet and social media. There’s a sense that artists harnessing these continually expanding innovations have no known boundaries, but unfortunately this is not the case. Audiences simply don’t know we’re there, and for artists, no audience equals no consumers (and therefore no income) for our art.

Anyone who’s self-published books will tell you how hard it is to interest the mainstream media in their titles. It simply doesn’t matter how excellent and innovative the product is, if it hasn’t been fostered by a major publishing house it’s unlikely to make it into the critical context of mainstream book reviews, literary festivals and awards.

This is no surprise. The major publishers created this critical mass decades ago to sell their titles within, and they don’t want competition from the thousands of writers who annually get rejected by mainstream publishing and turn to the DIY book revolution.

Yet we are the first ones expected to be outraged and up in arms when Australian literary icons call for a halt to some dodgy-sounding import rules.

I’ve been selling my books into a market with no such protections for my work, as have countless other independent Australian writer-publishers. If authors supported by the Australian publishing industry are taking a hit, join the queue behind the rest of us! You’ll get a higher return per sale of every book if you self-publish, so what’s stopping you from going it alone?

That’s an easy one to answer: artsworkers – those employed to facilitate art. In the case of book publishing, these are the editors, designers, proofreaders, publicists and other professionals who put writers’ books together for the marketplace.

Some artsworkers are also artists (I’ve been known to cross over more than once), and they’ve been highly visible of late, expressing disappointment at funding cuts that will impact their bottom line and their forward estimates.

In a sense, artsworkers have more to lose than artists, although many have framed these lean times as the contributing factor in employing less artists. I suspect many companies will cut art rather than cut artswork, at least initially, but many will simply run out of funds for both, and that is where the greatest shame lies in this debate. As a result, artists will have to learn to stop relying on artsworkers to develop our careers.

I abhor wholesale cuts to the arts, but we’ve been on the frontline of the blade for centuries, seen as a frivolous, non-essential extra. The argument against that definition is too obvious to construe here, but I encourage artists to do what we have always done: keep making art.

Artsworkers have a different challenge, and it’s past time for getting real about arts access and distribution in Australia. If our political leaders want innovation in the publishing sector, then a literary competition in this country need only launch an independent book-publishers’ award. The rest will follow.

But right now, literary awards have a snobbish, unnecessary block to independent authors making a decent splash in Australian publishing by locking us out of competition, publicity, exposure and opportunity. 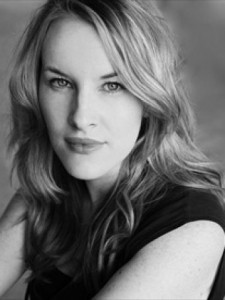 Actor and playwright Kate Mulvany used multi-story metaphors this week when she urged major theatre companies to notice what is being amputated on the lower floors of an already struggling performing arts sector in Australia, and to do something about it by keeping the top floor open.

“We need to keep those voices on the ground floor and middle floors ringing out with Australian stories or our much-loved house will collapse beneath us,” she said. “If they’ve been evicted from the middle and ground floors, then invite them upstairs.”

Consumers of art could do a lot better too. If you are really outraged by arts funding cuts in this country, you should already be buying independent Australian art.

Have you ever purchased an independently-published book, created by an author who has self-funded their entire enterprise? Do you buy from high-street shops or from independent Australian artisans who are innovating as best they can in a marketplace dominated by cheap imports?

Are you signing-up to The Arts Party to make your concerns heard in our parliament? 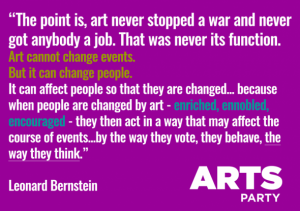 I’m all for innovation spreading new-wave tendrils into the arts sector – who would be foolish enough to attempt stemming the flow anyway?

But if politicians want to support the arts, while butchering funding for artists, ‘there’s never been a better time’ for them to make small budget-neutral changes with big impact by starting with opportunities at their fingertips.

I look forward to ‘having a go’ by entering an Innovation in Independent Publishing Award at the 2017 Prime Minister’s Literary Awards, personally guided into existence by whichever leader wins the next federal election. The state Premier’s literary awards will follow suit, of course, by creating categories that no major publishing house will be eligible to enter books into, and I can’t wait to buy every title on that shortlist.

Art happens regardless of politics, and Australian artists will never be silenced by cuts to funding. Many of us are already proving our durability in the independent sector… if you can’t hear us, you’re just not looking in the right places.