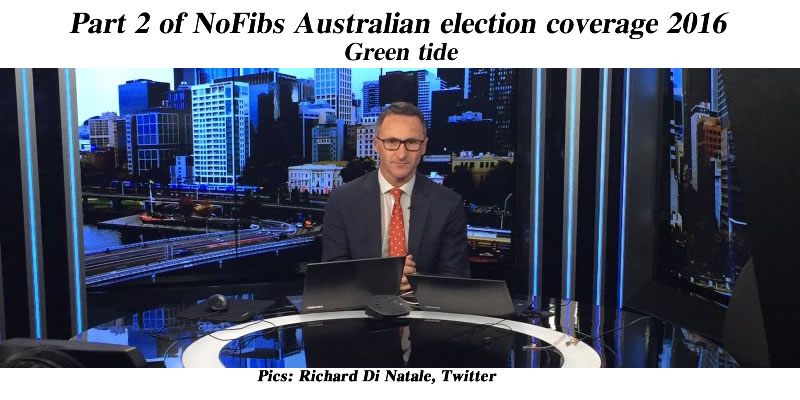 Rolling coverage of the Australian election campaign for 2016. 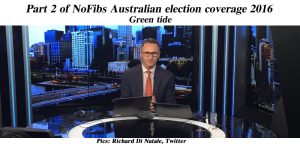 Bill is back in Queensland.

Where have they been so far?

The rise and fall of Duncan https://t.co/MBa4ba1DHV #mediawatch #ausvotes pic.twitter.com/Bys6hfI01R

It was good to visit @LiberalVictoria this morning and do some phone canvassing with the team. pic.twitter.com/ITItpInDyJ

ABC 730: Ombudsman Kate Carnell on why she recommended taking the axe to the Butterfly Foundation. 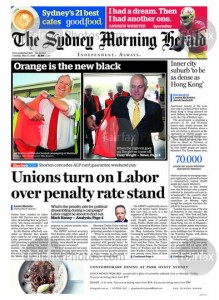 The Sydney Morning Herald – Unions Turn On Labor Over Penalty Rate Stand, May 17, 2016.

Backpacker tax on hold until after election

Backpacker tax delayed until end of year pending full review. But still no clarity what it means beyond January 1 #auspol #agchatoz

Bill Shorten receives a "proper kiss" from Margo during a street walk in Adelaide https://t.co/Tl4ddKCr3o

Margo Carey went in for two kisses and hugs with the opposition leader in Adelaide #ausvotes pic.twitter.com/I78ELPZTX4

Today, we rededicate ourselves to removing discrimination from our laws and prejudice from our hearts. #IDAHOT pic.twitter.com/Tq9VxLJAro

Politics in the pub ends with a question without notice on section 501 of the Migration Act #Ausvotes pic.twitter.com/5Q6qVdnTwx

Politics in the pub.

*I stood on a table to get that shot pic.twitter.com/fPm2ctYhV3

Thanks for the great Coffee Malcolm, Lachie, Sev and Jade at the Pickers Union in Geelong. pic.twitter.com/JJFCtSym1A

.@newscomauHQ Woke in US to read I'm not supporting @billshortenmp. As former Labor PM and ALP member of 35 yrs I'm proud to endorse him.

Greens to focus on environment, asylum seekers and fairness

A word from David Marler (@Qldaah)

The media appears to have abandoned covering the education policy championed by Labor in Brisbane today. Instead, the hungry beast continues to hunt the prized Labor ‘gotcha’ moment of failing to follow the leader on asylum seeker policy.

When a former Socialist Alliance member and current Brisbane teacher interrupted Bill Shorten’s speech on education, the media swung their guns onto boats. In doing so, it gave Malcolm Turnbull an easy platform for the nightly news to chastise Labor’s record. It seems easier for the media to put a heckler to air and play with boats than it is to scrutinise Labor’s education policy. This dogmatic media focus is exactly how we end up with idiots in charge and spend the following three years asking ourselves how we arrived here.

Laura Tingle lamented this week, “If, judged by the nightly news bulletin, you think the election campaign this week has been full of the inconsequential, try following it on social media where we are treated to, in a number of cases, people who are unable to distinguish between the story they are covering – the election campaign – and a once-in-a-lifetime opportunity to become reality TV stars: photos of the media pack getting off planes and buses; selfies with politicians at campaign events; what has been eaten for lunch; that sort of thing.”

I’m not disregarding the plight of refugees. It’s the single-minded, blinkered quest for the ‘gotcha’ moment that threatens to spoil this Australian election again.

You can do better, Australian media.

A word on Shorten

ABC News 24: Malcolm Turnbull responds to claims by AMA that his comments on pathologists are misleading.

Turnbull hugs Serge Oreshkin, whose son Victor, 29, died on MH17. Serge is keen for Turnbull not to forget victims pic.twitter.com/arZWEy9UAL

[email protected] supporters on every corner of Reid today in NSW #ausvotes pic.twitter.com/fmNuaGS2hd 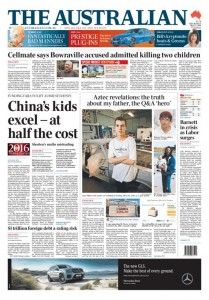 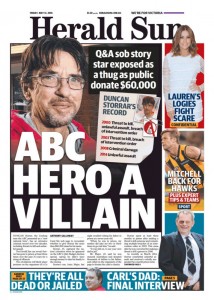 Duncan Storrar is neither hero or villain. He’s an anti-hero who challenged the political establishment. He made some, especially conservatives, angry.

After Mr Storrar’s appearance on ABC QandA on Monday night, a crowd-funding campaign began to help the battler and his family. Associate Editor at The Australian, Caroline Overington, responded by looking into the background of the single Dad and reported, “The truth about my father, Duncan Storrar, the Q&A ‘hero’.

She found Storrar’s estranged son, Aztec Major, who revealed history of family abuse and drug use. The story was reworked on today’s Herald Sun by Anthony Galloway, adding a list of criminal activity, “Q&A star Duncan Storrar exposed as thug as public raise $60,000”.

Overington is a big Malcolm Turnbull fan who ABC Media Watch exposed in 2007. She attempted to use her influence in the media over a Turnbull opponent for Wentworth, Danielle Ecuyer, to direct her preferences: “How To Vote”.

Ben Eltham wrote today, “The curious mix of misguided charity and conservative rage directed at Duncan Storrar explains why the Coalition are so anxious to keep inequality off the electoral agenda. Whatever you do, don’t mention the (class) war,”: Duncan Storrar on Q&A. The pursuit of Duncan Storrar reveals the savagery of Australia’s class warfare.

In a radio interview, Herald Sun editor, Damon Johnston, told Jon Faine on ABC 744 Melbourne that, “If you put yourself on the public stage and particularly in the middle of an election campaign questioning government policy, questioning this, I think you’re entitled to be subjected to a bit of scrutiny.”

Jacqueline Maley commented that, “the great hero/villain of the campaign this week was the non-politician Duncan Storrar”.

Michael Safi wrote, “Storrar found his past was considered fair game in the media after he articulated with disarming clarity how the budget looks from the lowest rungs.”: Duncan Storrar went on Q&A – now his personal life is dragged through the mud.

Duncan Storrar simply asked a politician a question. He didn't hack the phone of a dead girl.

What’s with that #ausvotes emoj?

Look we found another hero!
My @smh cartoon. pic.twitter.com/FwpROXVMcL

Bill Shorten misleading on working mums, millionaires and the budget

Giving people a fair go at buying their first home is not too much to ask. Read our policy: https://t.co/SDOj79kTCZhttps://t.co/ZF7cvOR2Me

Letters are going out

The chaos of a campaign shopping centre walk, @TurnbullMalcolm is in Adelaide seat of Hindmarsh @abcnews pic.twitter.com/Yhexo8O8ii