Fight for freedom like IPA: Brandis to Human Rights Commission 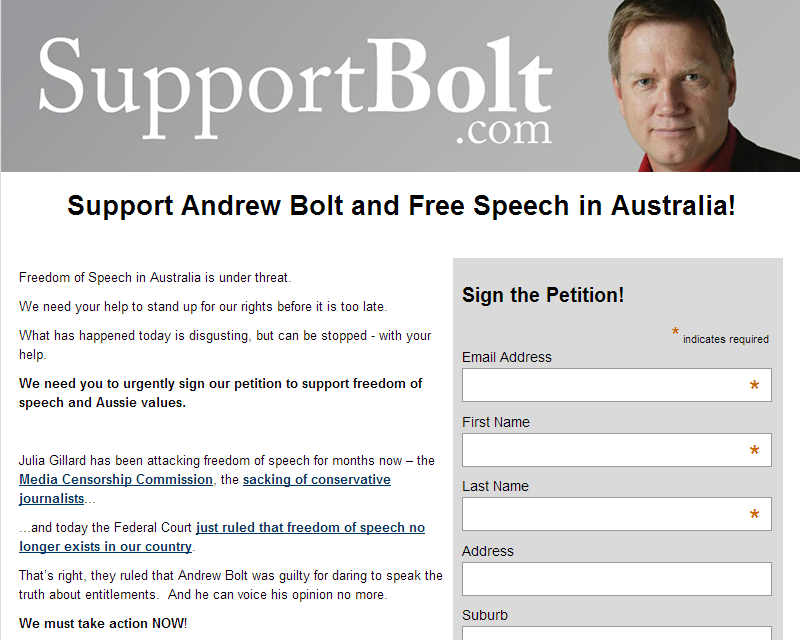 Expect to see political interference in the work of the Human Rights Commission – the national guardian of our human rights – under an Abbott Government.

Likely Attorney-General Senator George Brandis this week hinted at what might be in store in an interview with The Australian. He said the HRC was not doing its job  ‘unless it spends as much time promoting freedom and libertarian rights generally as it does promoting equality or egalitarian rights’ (Brandis eyes speech, press rights – Oz paywall).

Naturally he cuddled up to mainstream media organisations, declaring that  at ‘a time when, in Australia in the past 18 months, we have been having a very vigorous public discussion of freedom of speech and freedom of the press, the HRC has done virtually nothing to promote the rights recognised in article 19 of the ICCPR, that is, freedom of speech and expression, while it spends an enormous amount of time advocating other rights, in particular in the anti-discrimination area,” Brandis was quoted as saying in The Australian on February 20.

These remarks, and the idea that the HRC should be lectured by the Shadow Attorney-General or any other politician, are troubling.

Senator Brandis appears to be suggesting that the HRC, the only protector of human rights in a country which stands isolated among hundreds of democracies in not having a national human rights law, should be looking after those more than capable of looking after themselves at the expense of the marginalised such as asylum seekers and Indigenous Australians.

Brandis’ comments, in short hand,  are that the ‘human rights’ of media players are more important than those of children suffering psychological and physical harm in immigration detention centres.

To give weight to that observation consider that when the HRC Chair Gillian Triggs appeared before a Senate Estimates Committee last week Brandis used it as a platform for long winded criticisms of the HRC doing too much on discrimination and not enough on ‘freedom.’  A ‘freedom commissioner’ would be a good idea Senator Brandis thought.

And he upbraided Professor Triggs for not doing more to promote freedom of speech.  “I do not see the commission being a dedicated and committed advocate of freedom principles. You have think tanks, like in the Institute of Public Affairs, which has something called a freedom project. I do not see a freedom project in the Human Rights Commission,” Brandis said.

It would appear that the HRC, with Senator Brandis as Attorney-General, would shift scarce resources away from exposing the outrage of children in detention centres into producing PR material on freedom of speech. 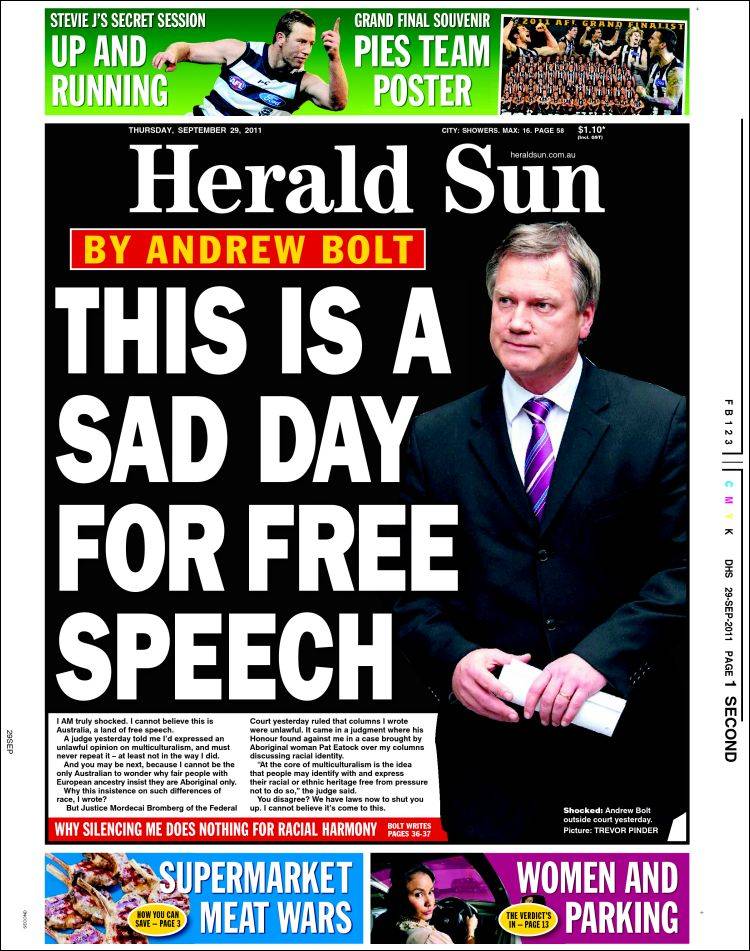 So what does this mean for the HRC under Tony Abbott?

It suggests that Senator Brandis would re-engineer the HRC by stripping back resources put into discrimination in areas such as age, race and disabilities, and putting more into looking after media companies. And  commentators like the Herald Sun’s Andrew Bolt. He assumed the mantle of victimhood after the Federal Court last year found inaccuracies and a breach of racial vilification and discrimination laws in a piece he wrote on Indigenous Australians.

If this outcome materialises Australians should be very concerned.  Not only will there be no chance of a human rights law to protect our freedoms and rights, but there will be a hard-ridden HRC which loses real capacity to take up the cudgels on behalf of those in our community who have no voice.

The ALP and the Liberal Party have failed Australians dismally on human rights in the past decade.  For a fleeting moment when Kevin Rudd was Prime Minister there was a chance a human rights law would finally emerge, allowing Australia to catch up with the rest of the democratic world.  But it was killed off by conservatives like Sydney Catholic bishop George Pell and the right of centre media.

These same groups will applaud Senator Brandis for taking up the cause of their freedom of speech.

EDITOR’S NOTE: Yesterday the Senate Committee examining reforms to anti-discrimination laws published its report. GetUp is campaigning for the government to endorse the report and enact the reforms before the election. I have signed  the petition.