First impressions of a Pirate Party: @GuinevereHall reports on #WAvotes 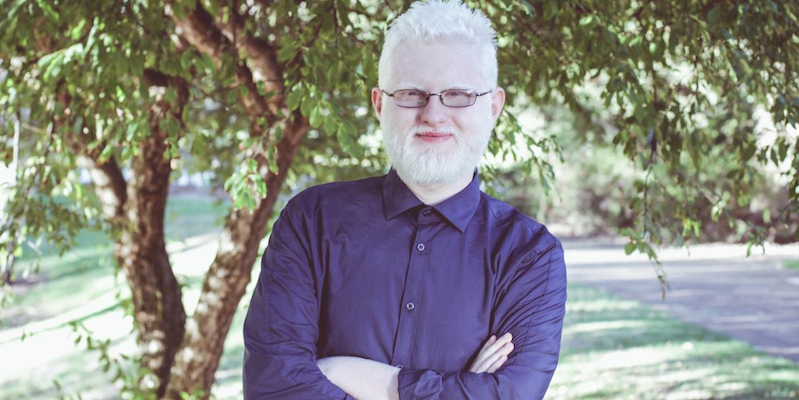 After the surprise showing of minor parties at the 2013 Senate election there has been plenty of interest in the Pirate Party’s policies and preferences during the 2014 West Australian Senate rerun.

Last week I spoke to Fletcher Boyd, the lead candidate for the Pirate Party Australia, which did not contest the 2013 WA Senate election but did run candidates in other Senate races.

The 20-year-old Margaret River born Boyd explained the party was fairly new in Australia but started a few years ago in Sweden. It currently holds two European Union parliament seats.

The Pirate Party first stood in Australia at the 2013 election and received 0.38 per cent of the overall vote. The highest 0.58pc was in Tasmania, and in the Griffith by-election they received 1.5pc of the vote.

Boyd has been co-ordinator of the WA Pirate Party since October 2013.

“My feeling is that people are on first impressions discouraged by the name ‘Pirate Party’, but on the other hand it has led to people wanting to learn more about it. It is rare that someone who stops and listens doesn’t like our policies,” he said.

“The name ‘pirate’ was originally used by copyright holders to criminalise file sharing, so the original movement decided to take that name and turn it into something positive.

“One of our core and original polices was copyright and intellectual property,” Boyd said, adding that reducing the current copyright term, which is life plus 70 years, would require first removing that clause from the Trans Pacific Partnership and looking at reducing the term to 20 years, “so we can encourage innovation instead of having this intellectual property locked up for years and years.”

The Pirate Party Australia stands for civil and digital liberties; is concerned about Australia’s lack of a Bill of Rights; and wants to stop dragnet surveillance, saying that law enforcement agencies should be required to get a warrant.

On the party’s environmental policies, Boyd said: “We recognise our environment does need to be protected,” and that there are ways science can help that happen through renewable energy, investment and research.

“We are very much of the belief that global warming exists, yes we do need to do something about it, and the focus is on conservation of the environment and development of renewable energy.”

On the issue of asylum seekers, Boyd explained that it’s a “very politicised issue which doesn’t serve the best interests of the refugee. We would recognise they are not illegal and we don’t want to see Australia trying to back out of our international obligations. What we would do is create one refugee queue with other organisations within our region that will be backed by every country in our region”.

“We support marriage equality,” Boyd said. “We will remove all forms of discrimination in current legal documents and the Constitution; increase awareness and education starting from school levels, without any form of religious indoctrination. We are a completely secular party.”

When asked to explain more about the Trans Pacific Partnership (TPP), Boyd said there was a lack of transparency, and that some TPP provisions are “opaque discussions that don’t benefit Australians”.

“There is no reason why a government with our best interest at heart would keep this secret. Under the TTP and in current global and Australian intellectual property laws we are seeing the rise of ‘patent trolls’: groups buying up lots of patents and suing everyone under the sun.

On the all-important issue of preferences, Boyd said: “Our preferences are decided completely democratically, our committee came up with a draft preferences order, then put them up to the members. All the deals are published on our website so everything is open and transparent. We are one of the few parties who have never engaged in a meeting with Glenn Druery (the ‘Preference Whisperer’), the main reason being is that it doesn’t gel with being a natural democratic party.”

The Pirate Party’s top 5 preferences are: