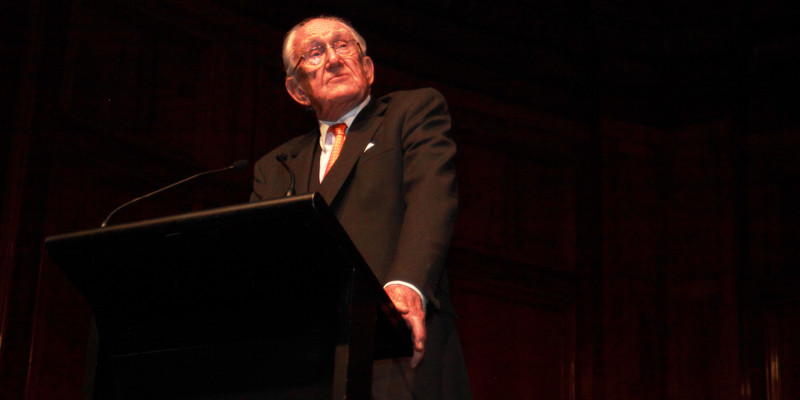 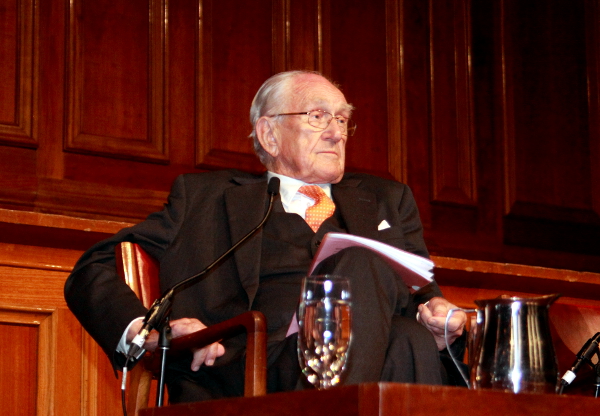 Former Prime Minister Malcolm Fraser at the Asylum Seeker Resource Centre information night, where he called for a new political party based on values and decency. Photo: Wayne Jansson

Former Australian Prime Minister Malcolm Fraser has called on young people to organise and create a new political party based on values and decency.

He made the call during an Asylum Seeker Resource Centre event at Melbourne Town Hall on Thursday night during a question and answer session.

Earlier in a speech (below), Mr Fraser said of recent and current Australian government refugee policies:

I thought we got to the bottom of the barrel a couple of years ago, people keep on getting a better, bigger, deeper barrel.

Corinne Grant, the MC for the evening asked Mr Fraser: “If both major parties are racing to the bottom of the barrel, how do we keep them out of the barrel”?

I’ve been talking to some people about the Labor Party and they’ve come to the view that the Labor Party is beyond reform, John Faulkner in Sydney has tried really hard and has been rolled absolutely. I’ve been trying to find the people to reform the Liberal Party but it would take 25 years, we haven’t got that long.

Mr Fraser went on to say: ‘the logic of that is key, a whole bunch of 30 to 40 year olds should get up and do something about it, it’s not a job for octogenarians, it’s time we had a party based on values and decency’.

The former Prime Minister suggested using IT to organise and said a bit of work has already been done by different groups in Sydney and Melbourne.  He urged people to create a broad-based party with broad-based policies that can “go for government”. 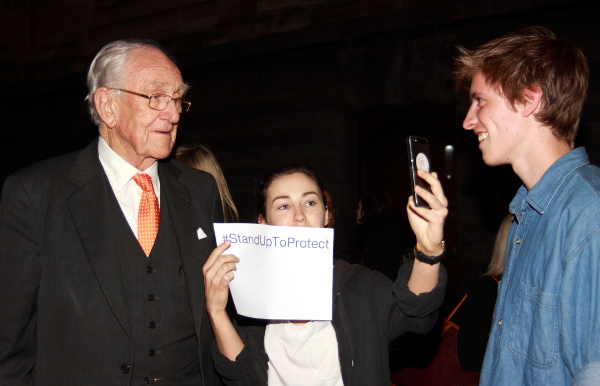 Listen to Malcolm Fraser call for a new political party

No Fibs recently reported the creation of a new party The Australian Progressives, they have since submitted their application with the Australian Electoral Commission to register as a political party.

During the night, Mr Fraser labelled Billy Hughes a bigot saying there’s a couple of Billy Hughes’ right now, naming Immigration and Border Protection Minister Scott Morrison as one of those.