The fruitless push for a Parliamentarians’ code of conduct 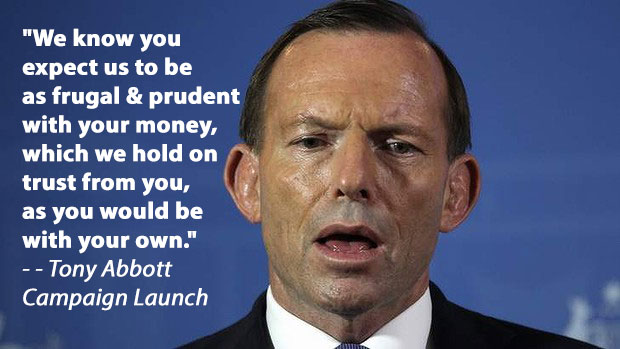 The latest spate of entitlements scandals is unlikely to bring about a code of conduct for federal parliamentarians given that, for the past 40 years, multiple attempts to enact a code have failed.

Since 1975, federal leaders and parliamentarians have investigated the possibility of a code of conduct, but reports and proposals have never resulted in a wide-ranging code covering the behaviour of MPs.

In 1980, the House of Representatives noted a report from the Bowen Committee, chaired by the Chief Justice of the Federal Court, Sir Nigel Bowen, recommending changes to Standing Orders to enforce a code of conduct – a breach of which would constitute misconduct and a breach of the privileges of Parliament. The report was never debated in the Senate.

The process began again in 1992, but it was not until 1995 that a report was tabled and it did not lead to legislated reforms.

Under Fraser, Hawke-Keating and Howard, codes for Ministerial conduct were progressively tightened. All MPs have also been required to declare all financial and a range of other interests.

In 1998, when, according to Morgan poll, the only profession rating lower Members of Parliament on standards of than honesty and ethics was said to be a car salesman [sic], a research report by Dr Andrew Brien canvassed a code to enforce as misconduct:

• conflicts of interest
• failure to declare interests
• failing to table documents, or failing to answer questions directly in the House or in committee, thus thwarting accountability
• misusing parliamentary privilege
• misusing parliamentary entitlements or resources
• using a position for personal or party advantage; for example, influence peddling, soliciting donations to political parties
• post-parliamentary employment
• acting in a way that prevents the parliament functioning as it is supposed to
• acting in a way that may reflect adversely upon the institution.

The report concluded: “Also centrally important are displays of leadership, propriety of conduct, and moral courage, especially on issues of national importance, even if there is an electoral price to pay.”

“Codes of conduct are one step in this journey. They are, however, an essential step and one that can be delayed no longer.”

• lobbyists to register their details before seeking access to ministers or their offices
• rules on the post-separation employment of ministers
• a ban on electoral fundraising at the Prime Minister’s official residences
• ministers must divest themselves of all shareholdings or place their shares in broad superannuation or trust funds.

MPs are governed by constitutional provisions, standing orders, resolutions of the House, the Register of Members’ Interests, the entitlements regime, but no standards of ethics.

Three independents and the Greens secured agreements with the Gillard government in 2010 to introduce a code of conduct as part of their support for the minority government. The House voted in November 2010 for a report to be brought back to Parliament in 2011.

The report contained a draft code of conduct, but, despite efforts by Rob Oakeshott, it has never been debated and implemented.

The committee did not endorse a code of conduct as an effective way of addressing parliamentary standards.
“In the committee’s view, there is little objective evidence that such perceptions have improved in relation to the state parliaments which have adopted such codes, and the committee is hesitant to recommend that the Senate go down the same path.”
The Greens have argued for the establishment a National Integrity Commissioner and moved motions to this effect. The initiative was put to one side by Parliament while advice was called for on what a commissioner would cost.

In May 2012, at the height of interest in allegations directed at Peter Slipper and Craig Thomson, the ABC reported that there was little appetite to pursue a code of conduct.

Then shadow attorney-general, George Brandis, was reported as saying “I think that if we want to raise parliamentary standards as everyone does, then the starting point is for members of Parliament to improve their own behaviour.”

Self-regulation, and criminal laws, is all that exists at the moment.