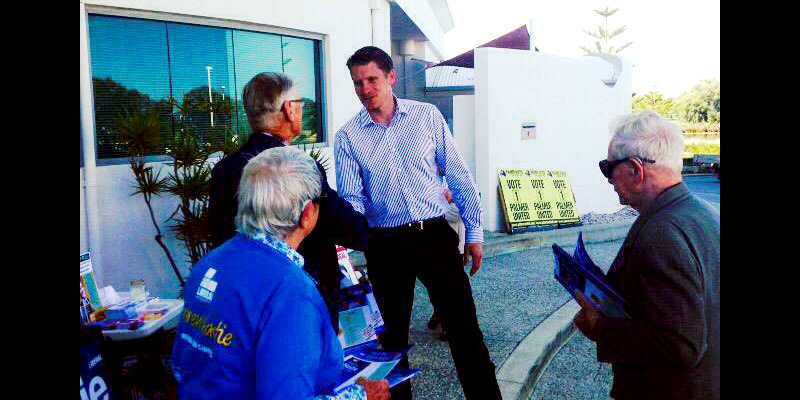 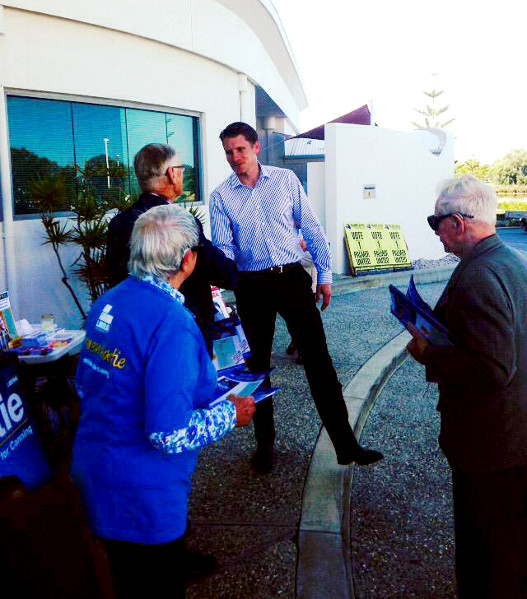 The Mandurah Pre-Poll voting centre is located at the beautiful SeaShells resort, voters arriving Tuesday were greeted by the Liberal, Labor, Greens and Palmer United parties. It was a sunny spring day and a steady stream of people were flowing in to vote.

There is a strong feeling that Canning could swing against the Liberals and everyone is aware of the effect that would have on the Abbott Prime Ministership. Could the loss of Canning lead to a leadership spill in the Liberal Party or a Double Dissolution?

The Palmer United Party was represented by a gentleman flown in from Tasmania for the by-election.

There was a friendly atmosphere with a lot of friendly banter as we introduced ourselves, we were all surprised by the arrival of Andrew Hastie, the Liberal Party candidate. He thanked his supporters and introduced himself to the representatives of the other parties.

He came up to me and introduced himself, I told him I was @Jackthelad1947 on Twitter representing @NoFibs and asked if he would grant me a short interview. He was reluctant but after a chat where I mentioned I was an ex serviceman, he asked about my service. I told him I was in signals intelligence and could speak Bahasa Indonesia, he said he had learnt Indonesian in the SAS.

We passed a few pleasantries in Indonesian. The ice was broken so I began a short interview.

I asked if he had read the Ebook put out by the Mandurah City Council, Local Solutions Mandurah’s response to Climate Change, he said he had read it.

I asked him for his thoughts on the risks highlighted in the book, such as sea level rise and doubling of extreme heat waves, why didn’t the Liberal Party take the threats seriously?

He mumbled gathering his thoughts and said “It’s all about the economy”, quickly brushing aside the science and the greatest threat Mandurah City faces.

With that he walked back to his car.

It seemed Andrew Hastie like his Liberal Party colleagues really are ignoring our greatest moral challenge. 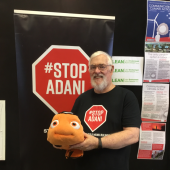