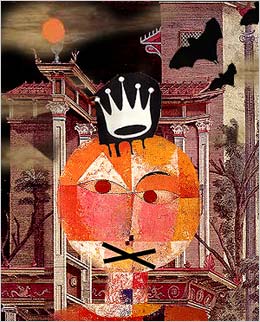 This chapter from Still Not Happy, John! (Pengiun, 2007) is required reading for activists and people in non-government organisations which advocate for change. John Howard’s government systematically sought to stifle democratic dissent with the help of the Institute of Public Affairs (IPA).

Believe it or not, the Howard government funded the secretly funded IPA to produce a report saying groups who did not reveal their funding should not get government funding. Pressed to justify this hypocrisy, the IPA promised to disclose its donors but it never did.

As the likelihood of a government led by Howard’s political son grows, I feel citizens need to ask detailed questions of the Coalition on their intentions this time round. None of the dissent stifling measures discussed here were ever revealed prior to election.

I commissioned journalist Paddy Manning (@gpaddymanning) to write this chapter and he did a fine job.

‘Still Not Happy, John!’ is published by Penguin. You can download it as an ebook here: 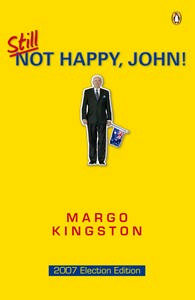