Are journos about truth or reporting what they say? 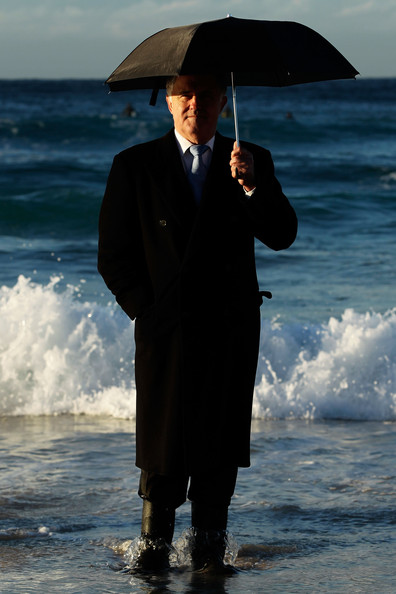 Margo: My first journalism job was at The Courier Mail. One day I wrote a story about a disagreement in the Queensland National Liberal Coalition Cabinet about condom vending machines. My first paragraph quoted the then health minister  Mike Ahern. My second said that his statement contradicted another minister, Lyne Powell. The chief sub editor, Graham Earle, called me over to demand an explanation for my story. ‘What is this?” he asked. ‘The truth,’ I replied. ‘Your job is not to write the truth, your job is to write what people say.”

I was relieved when Fairfax’s the Times on Sunday, successor to the National Times, offered me a job as its Queensland reporter. Truth was what counted for Fairfax then. I felt honoured to work for them

Still, I encountered variations on the theme there too, particularly when I covered the Australian Broadcasting Tribunal re-hearings into Alan Bond’s bribe to Sir Joh to pay him $400,000 to settle a defamation claim in exchange for, well, you know, the ability to do business in Queensland.

I was steeped in the first hearing, and during the second reported when the evidence diverged from the first hearing. Again, I was told, your job is to write what people say. I fought that view, and won.

So this is a recurring theme in journalism.

In Canberra I was aggressive in press conferences, and back in Sydney I was aggressive too. I remember one occasion when I was writing stories on how it was imperative for developer donations to be disclosed in NSW. I went to a Bob Carr press conference on the Bali Bombings, where I questioned the Premier on the matter, to be met with false allegations that I had condoned the bombings.

The then news editor, Mark Coulton, complained to the editor of smh.com.au, for whom I worked, that it was unacceptable to press the Premier so hard, to be so ‘aggressive’. So I posted the audio and asked for comment. The majority of readers backed me.

Is our job to report what people say or to search for the truth?  And if it is the former, does journalism serve a useful purpose in our democracy?

Examining over the last few weeks the intricacies of the Jon Faine affair, has been fascinating. I have encountered so many differing perceptions, views, narratives, claims, assertions around the original Faine broadcast interviews and the unruly notions of ‘factual’, ‘balance’, ‘impartial’, ‘accuracy’, ‘argumentative’ and, yes, the biggie, TRUTH.

Then, there have also been claimed ‘bias breach’ and process attributes such as ‘consistent’ and ‘proportionate’.

Most of these encounters, but not all, have been with news media professionals or the executives within the ABC whose job it is to hold the line and keep the ‘fair and consistent process’ alive and functioning no matter the manifest anomalies.

What has become very clear to me in researching and discussing this still unfolding story around Faine is that there are two realms from which to observe and appraise it: inside the ABC, where apparently process and its survival is everything, and outside the ABC where the view can be entirely different.

Outsiders, citizen/consumers included, see outcomes across time, space and media platforms. Insiders (except those leading ABC journalists who have openly opposed the Faine finding and the slim reasons given publicly for it) of course, are largely inwardly focussed. The internal culture at the ABC is very potent.

From outside, the inconsistency between various cases of alleged ‘bias’, ‘lack of impartiality’ or ‘aggression’ across programs and broadcast journalists is striking.

Perhaps, inside  the ABC, they are satisfied with assuring each other that the  process was ‘fair and proportionate’. Damn the secrecy.  And the dissenters.

It really raises the fundamental question: For whom are the ABC Editorial Guidelines really designed? For what ultimate practical purpose?

Do daily anomalies in light of the totality of the ABC Editorial Guidelines in ABC outputs not matter? Does shaming one of the ABC’s most effective and challenging interviewers in Faine serve to reinforce an elusive orthodoxy that seems feasible to parse in some secluded meeting room in the bowels of the ABC but becomes something distinctly different released upon the public with no reasons or justifying explanations? And what of the wide perception that Faine was slapped down in a super-heated election year for ‘demonstration purposes’?

Is this is just necessary collateral damage?

That for me has been the divide in understanding the nature of what we are dealing with here. As Alan Sunderland, Head of News Policy avowed publicly on Twitter, ‘I support the process’.

Apparently the ‘process’ itself is beyond critique or being evaluated as effective or reasonable. Or even, in the current model, doable in the way it has seemingly been done.

Let’s leave Faine to one side for the moment. Almost.

Last Friday another quite startling development emerged as we reported on the day.

Effectively, an ABC ‘spokesperson’ dumped on one of the ABC’s  journalists in a newspaper, The Australian,  which is bitterly opposed to the national broadcaster. Twisting slowly in the wind springs to mind.

Now we have heard much and shall hear more about ‘reminding’ the writer concerned, Nick Ross, about his responsibilities under the ABC Editorial Guidelines.

We published the ABC spokesperson’s carefully crafted corporate communication as an update to our story on Friday last.

When I was briefed, off the record, by the ABC about the attack on the ABC by the minister responsible for the national broadcaster, Stephen Conroy (on the Faine program!), almost the very first point emphasised to me was how this journalist had “interrupted” a politician in Queensland 16 times.

Note, they did count them. “Aggression” or being “argumentative” may have metrics?

I was left in no doubt about how significant this was as the context to fully understanding the ABC’s reaction to and assessment of Nick Ross’s writing about the NBN. And the “reminder”.

When I contacted Malcolm Turnbull’s office seeking the shadow minister’s response to Conroy’s accusation that Turnbull had “attacked and bullied “ ABC journalists there was a conjunction. I was strongly urged to go to a link on Turnbull’s site of the 2013 Kickstarter conference in Queensland. There it was, Nick Ross interrupting and challenging Turnbull, yes, repeatedly.

This used to be called persistence. Now it is apparently labelled, to the satisfaction of many, as not displaying due “impartiality”.

I had already read the transcript but here it is for you to read and appraise.

You will see that Ross takes on Turnbull on costings and the alleged savings in health care as one example around the layers of NBN costings and savings, direct or indirect. Turnbull clearly reads Ross’ blog and appeared aggrieved and dismissive of the process of being questioned and challenged in an open forum by this journalist, eventually publicly labelling Ross in the Q&A as an “evangelist”.

Coming a little later after Nick Ross in the transcript is Stilgherrian, a slightly rambunctious independent blogger and writer on technology who knows his stuff too although with a range of different concerns perhaps from those of Ross.

He also presses Turnbull on costings of the NBN and alternatives too. Turnbull treats him quite differently. No labels. No attacks.

He is not from the ABC? Or maybe it’s just his personality?

I am eager to see how the deeply experienced Jonathan Holmes deals with all this tonight on Media Watch on ABC Television.

I suspect we shall witness a careful, judicious parsing by Holmes tonight. One aspect he has flagged on Twitter is the inter-meshing in journalistic practice of “analysis” and “opinion”

As background, here is a piece he wrote early on in the life of The Drum, the ABC’s online forum.

Underlying all this now rather fraught discussion and tallying is a key and still vigorously contested bedrock issue around journalism: is the reporter’s, the journalist’s job primarily to report what was said by principal partisan protagonists? The now notorious “ he said, she said” model of reporting. Accurate, Balanced. Impartial. And all so easily perceived by partisan warriors as such.

Or is the real and crucial role of journalism to seek the “truth” or at least a decent approximation of it, in all its prismatic guises? How does the “he said, she said” model actually achieve that goal?

How does a serious journalist within that “he said, she said” model avoid constantly being an often passive conduit for propaganda from both or many sides of the political contest?

Ancillary to that question is to ask, to whom does an ethical journalist owe first and primary allegiance? The “truth”? His or her “audiences”? (Whatever the audiences’ own partisan views may be). An employer? Or, as one tweeter engaged in a brisk discussion ahead of tonight’s Media Watch opined: the allegiance of the journalist should be to DEMOCRACY.

I hope that clears it all up.

One of the most vocal advocates of re-shaping this model of political reporting (and in this case, analysing the NBN by Ross became very political), is Jay Rosen, a journalism professor based at New York University. He has become celebrated in many journalism circles for his pungent aphorisms summarising the seismic shifts in journalistic practice as the fierce digital winds have increasingly blasted away prior certainties.

Rosen says a report characterized by “false balance is a false report”.

He bolsters this argument elsewhere with his “view from nowhere” aphorism arguing that “viewlessness” is not a desirable element in authentic reporting.

These are all very tricky and brain hurting questions, most pointedly when we move from the abstract and the general and examine the specific and the concrete in journalistic practice. But these questions and debates are totally essential to the future and effectiveness of our journalism.

They do seem somewhat “separated” don’t they, from the words of the ABC Editorial Guidelines, described recently, here @nofibs, by Jonathan Holmes, in a certain context, as “woolly”.

My point is, the concepts and the journalistic practice they attempt to both describe and regulate are up for thorough discussion. Serious discussion.

Much of orthodox journalism revolves around received professional culture. Tradition if you like. But everything in culture is changing now.

The one-to-many communication model is dissolving away. The many-to-many model is rising. Social Media is now ubiquitous And that has only been the case for a few years. Facebook emerged in 2006. Twitter after that.

Just watch this looming federal election. It will be deeply shaped and modulated by Social Media unlike any previous Australian election. The last US presidential election was testament to that development with all its weirdness and undesirable effects alongside more robust democratic engagement by many electors.

So join me tonight on #MediaWatch as @jonaholmesMW wrestles these issues down. For the moment anyway.