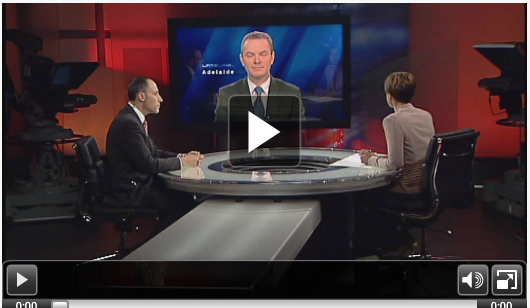 DAVID BRADBURY: … Can I make the point, there is one word I would like to
remind Chris of and that’s Ashby and his involvement in the Ashby affair, but
more particularly the way in which Tony Abbott continues to stand by Mal
Brough. Now, whatever people say about Craig Thomson, these are very
serious matters and they will be progressed through the court system, but
when it comes to Mr Brough, he is a man that has an adverse finding from a
Federal Court case, he is not in the Parliament, he is not there as a result of
the people electing him into that place, he is out there as a Liberal candidate,
Mr Abbott has within his power the authority to bring that to an end, to send
Mal Brough walking if he wanted to do that, and in fact the sort of, the moral
purity that you have Chris pretend that the Coalition have on this issue would
dictate that that is exactly what Mr Abbott should do.

EMMA ALBERICI: Christopher Pyne, how comfortable are you then sitting
potentially next to Mal Brough in a Liberal Government

CHRISTOPHER PYNE: There are two factual things that David Bradbury has got
wrong and I can understand that in desperation to hide the fact that he was a
great supporter of Michael Williamson and Craig Thomson and that is that
Craig Thomson still is a member of the Labor party. He’s simply been
suspended from membership.

DAVID BRADBURY: Tell us about the drink that you had had with Ashby that
you didn’t have and the email that wasn’t sent, tell us about those things. I
won’t be lectured by you, Christopher Pyne, someone who has been outed for
having lied on that issue when it comes to questions of moral propriety. It is
about time you answered a few questions on those issues. And frankly…

CHRISTOPHER PYNE: Well, you are sounding a little hysterical.
(Pyne is projecting – he’s freaking out.)

DAVID BRADBURY: … we have a Federal Court judgment that implicates Mr
Brough. And you and Mr Abbott…

CHRISTOPHER PYNE: Well, are you sounding a little hysterical.
(Interrupting to soak up time…)

DAVID BRADBURY: … you and Mr Abbott are standing by that man. If you had
any decency and you wanted to apply the same standards to yourself that you
do to others, then you would pull the pin on him and you’d preselect someone
else for that seat.

CHRISTOPHER PYNE: In terms of Mal Brough, Mal Brough has been
preselected by the LNP to be the candidate for Fisher. It is up to the electors of
Fisher whether they choose him next year – or this year now of course,
September 14th, to be their member. They will have all the information placed
before them by, I’m sure, the Labor Party about his involvement in the matters
to do with Peter Slipper. I’m sure that he will be elected. I think he was a fine
Cabinet minister and if he gets to serve in the Parliament again, he’ll be a fine
member of the House of Representatives.

(Weird stuff – who cares what he’s done, it’s a safe seat. Although this line
explains why Libs kept pre-selecting Slipper despite what Brandis has called
more than a decade of notorious salacious rumours.)

But let’s not forget that this all came up because the Labor Party and Julia
Gillard’s judgment caused her to make Peter Slipper the Speaker over Harry
Jenkins.

EMMA ALBERICI: So, Christopher Pyne, we’ll just confirm that you’re…
because you haven’t exactly answered the questions around Judge Rares’
comments in the Federal Court who criticised Mal Brough as someone who was
so keen to advance his own interests in the Liberal Party that he would act with
James Ashby in a conspiracy to bring down the Government?

CHRISTOPHER PYNE: Well, all of those matters are contested, of course,
Emma. Mal Brough contests them, James Ashby has appealed against Justice
Rares’ decision. All of those matters will need to be aired in the court, in the
same way that Craig Thomson matter’s need to be aired in court. And if he is
found to be innocent, well, good luck to Craig Thomson. He has the
presumption of innocence. This argument is about the Prime Minister’s
judgment in standing by a person who…

(Brough has not contested them – he has said nothing and refused to take
questions since the judgement. There is no appeal – Ashby has asked the
Federal Court to let him appeal and they haven’t decided whether they’ll let
him. The judgement stands – Pyne now claiming that on Ashby no-one can
comment until the appeal process is exhausted but on Thomson everyone can
go for it before his trial. Quickly changes the subject.)

DAVID BRADBURY: What does it say about Tony Abbott’s judgement?

January 31 Press Club review: There are many reasons why the Canberra Press Gallery is failing to fulfil its democratic role. A collapse in media revenues, 24 hour filing, no time to stay with a story and investigate it, an atmosphere which sees journos run from one ephemeral topic to another in waves, an exodus of experienced practitioners with a corporate memory, the removal of quality newspapers as the bedrock of serious journalism…

When an institution is in trouble, leadership is required.

I was proud of the gallery I once belonged to today. It was on trial, and it delivered a solid performance. I was moved to tears, though, by the leadership of two of its most experienced, rational, hard-working, intelligent members. I know both of them. They are strong, fearless, and dedicated to the core values of journalism.

They broke Abbott’s silence on Ashby, and Laura Tingle also called Abbott on his policy of turning his back on hard questions.

As a result, they have opened a crack in the Coalition’s strategy of refusing to address the implications of the smoking gun Federal Court judgement on Ashby. Then another experienced press gallery journo, Lyndal Curtis, got an answer from Abbott on Thomson that removed all his clothes regarding his backing for Mal Brough. It is now up to the journo colleagues of these three women to pick up the ball and run with it.

Several days ago I urged citizen journos to find great MSM journos and support their work:

I think in terms of collaboration between Social Media and committed MSM journos. Old media is fighting for survival and new media can’t thrive without quality journalism reaching a broad audience. Flux. Each of us is helping shape what is to come.

The media silence post Ashby is system failure. Many MSM journos feel it too. If a way is not found to get the truth a dangerous line will have been crossed in terms of democratic checks and balances.

The Court has done its job. Politicians feel they cannot press for official accountability because of MSM silence. Social Media has demanded MSM action for 5 weeks yet even Richard Ackland’s column and the Sunshine Coast Daily’s devastating interview with Brough, in which he lied about the Press Gallery, drew nothing in response.

So Social Media must think laterally. And we are. And we must give maximum support to MSM journos who see their work as a vocation and are prepared to fight for its values.

Here is Laura Tingle’s question and Abbott’s answer, Lenore Taylor’s follow-up and his answer to her and Lyndal Curtis’s inspired question on Thomson. Abbott lied on Brough’s transparency. He promised that Brough would now answer questions. He promised to reveal the statistics on his press gallery press conferences. He failed to answer other points. And by his own words about the PM’s position on Thomson he condemned Brough to dis-endorsement – if journos keep the pressure on.