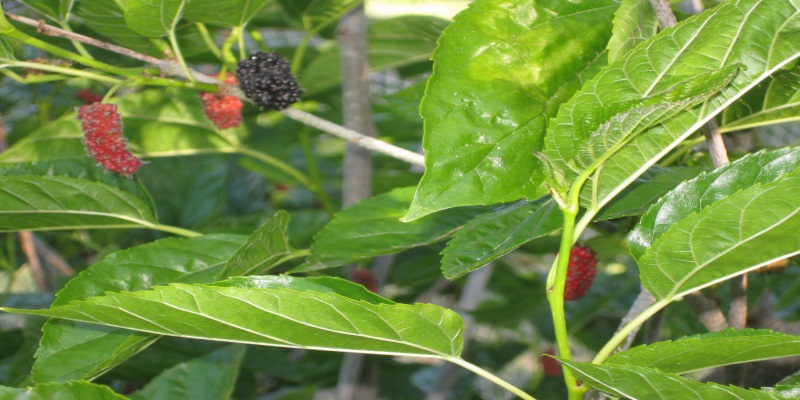 Margaret O’Connor is a semi-professional musician who performs regularly around Canberra. She’s fascinated by history and archaeology, and loves growing her own food and implementing sustainable living practices. 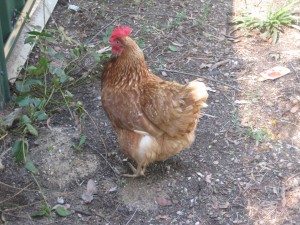 If you’ve ever owned poultry, you’ll be all too familiar with its eerie ability to win people over. You may be living in a neighbourhood with all the warmth and collegiality of a nuclear bunker but no sooner will you purchase Rhode Island Reds, and your icy-cold and haughty neighbours will be beaming, poking their heads over your fence, offering you a bickie, volunteering to mind them when you’re away and donating kitchen scraps and snails to them.

And then, one thing will lead to another, and before you know it, – don’t say I didn’t warn you, I’ve been there – you’ll be starting a compost pile. Then planting an apple tree and espaliering it against that under-utilised brick wall. And down you go, down, down down that slippery slope. Bees. Raspberry canes trailing up trellises. Cider. Potatoes. Fruit trees. Brew your own, bake your own, ferment your own, bottle your own. Forage, swap, share, give.

The final stage in this weird hippy metamorphosis is a fully fledged transformation into a character out of that daggy 1970s British sitcom The Good Life. Unless you have your head buried in a bucket of sand, you will have noticed that this disturbing but implacable phenomenon, a creeping tide of poultry-driven subversion, is transforming the lives of people all over the world. Coming soon to your nice neat tidy zoned symmetrical and manicured suburb, if it hasn’t already.

Fired by concerns about huge issues familiar to readers of No Fibs – environment, corporatisation, global economic resilience – people are making small changes at the opposite end of the spectrum, in their gardens and households. So myriad and varied are the changes that I struggled to find an umbrella label to apply to the phenomenon when drafting this article. ‘Local food’? ‘Resilience’? ‘Community building’? That hackneyed term ‘Sustainability’? Those words fall short. They don’t encapsulate the bigger picture, which is about an explosive grassroots transformation in consciousness.

Mark Spain, CEO of the Canberra SEE-Change organisation, says that the drivers behind this transformation are many but include creating a life of meaning and purpose, i.e. living in harmony with people and local and global ecosystems. Speaker, author, and activist Duane Elgin has been collecting stories and narratives about this from-little-things-big-things-grow transformation and weaving them together via an open-source project under the term ‘The Great Transition’. So let’s run with that.

In a dizzyingly short space of time, a multitude of Great Transition resources and support networks have emerged. Take the Canberra area alone, a microcosm of what is, to the best of my knowledge, happening everywhere. There’s harvest swaps, community gardens, planned food forests, serious food policy and food plan lobbying and roundtables, seed swaps, sustainable house tours, farmers’ markets, workshops and courses, housing and garden blitzes, skills swaps, sustainability mentoring, regional food maps, and a proliferation of organic vegetable gardens in schools, aged care facilities, and childcare centres. In fact, around 250 such local groups were recently mapped by SEE-Change. Jodie Pipkorn, SEE-Change executive officer, says many local groups associated with food have only come about in the last five years.

There’s a great variation in their modus operandi of these groups, too. Whilst some have been formally constituted as incorporated associations under local ACT law, many others are supported by de-centralised, non-traditional ways of engagement facilitated by social media platforms.

I’m one of the administrators and co-ordinators of one such group, the Canberra and Surrounds Urban Homesteading Club. Its genesis, in August 2011, was as a modest Facebook network aimed at sharing information and resources relating to a wide range of sustainable living practices, such as swapping excess seeds. The first meeting, in my lounge room, numbered nine people. It grew at an astonishingly rapid rate, chiefly by recommendation and word of mouth. Less than four years later, it now numbers more than 450 people living in Canberra and the nearby areas, with a sprinkling of interstate members and even some international ones.

Members range from professional producers of sustainable foodstuffs on acreage to home owners in the burbs and renters of small units with herbs in pots on their balconies. I can’t describe how interesting it’s been hearing new members’ stories about why they have sought us out. They’re haunted by the future of the planet, and what they see as imminent financial, economic and environmental collapse. They worry that we are losing the self-sufficiency skills of our grandparents and our focus on community values, and uncomfortable with what they see as our wasteful and greedy culture. They’re seeking a better way to live, in harmony with the earth, the environment, animals, other people, and themselves. 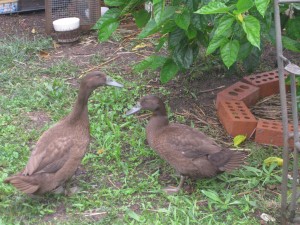 The proliferation of a huge range of groups like the homesteaders raises questions. How can you ensure such existing and emerging initiatives are coordinated, mapped and tracked so that everyone knows about each other’s work? So that people get their heads together in an effective way? How do you ensure efforts, activities, benefits and contributions are shared and maximised, rather than duplicated?

One possible solution to this issue lies in the application of the transition town movement, supported by the Transition Network charitable organisation. Amongst other things, the network supports communities in building resilience and reducing CO2 emissions. Its principles, adopted by many communities in Australia and across the world, can be utilised to coordinate local ad hoc activities and initiatives.

The first Canberra Transition Town meeting was held on Monday, May 28, for precisely these reasons, to provide “a unifying focus for what otherwise maybe just be isolated local activities”, and “a banner for sustainability projects in the Australian Capital Territory and to strengthen networking and collaboration across the community, with a particular focus on responding to the global issues of climate change, resource depletion and social justice, and how these may impact life in the ACT in years to come.”

It’s early days yet but future directions will no doubt emerge from future networking events. In the meantime, we’ll have our work cut out just simply getting to know each other, and comparing notes about our gardens, kitchens, orchards – and poultry.