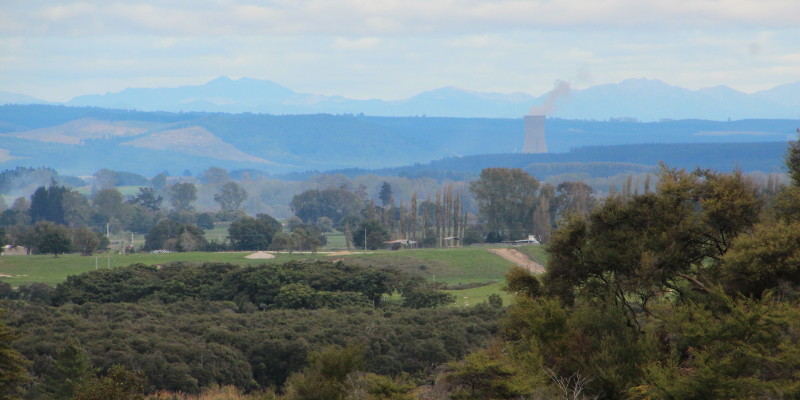 While we wait for the Australian Government to release our post 2020 climate targets, expected later this month, John Englart reports on New Zealand’s climate target it has just submitted to the United Nations in the lead up to the December Climate conference in Paris, and the reaction from civil society and scientific community.

New Zealand has released it’s post 2020 climate targets, but already they are being heavily criticised by civil society and scientists as far too low, even given the specific national circumstances of the high proportion of agricultural sector emissions in the nation’s greenhouse gas inventory.

New Zealand also has a longer term target of reducing emissions to 50 percent below 1990 levels by 2050. While 80 percent of it’s electricity is already produced from renewables, it has pledged to increase this to 90 percent by 2025.

The Hon Tim Groser, the Minister for Climate Change Issues, in a media statement said “This is a significant increase on our current target of five per cent below 1990 emission levels by 2020.”

Groser highlighted that 80 percent of New Zealand’s energy already came from renewable sources, with a high proportion of emissions from the agriculture and transport sectors, “So there are fewer opportunities for New Zealand to reduce its emissions right now.” he said. 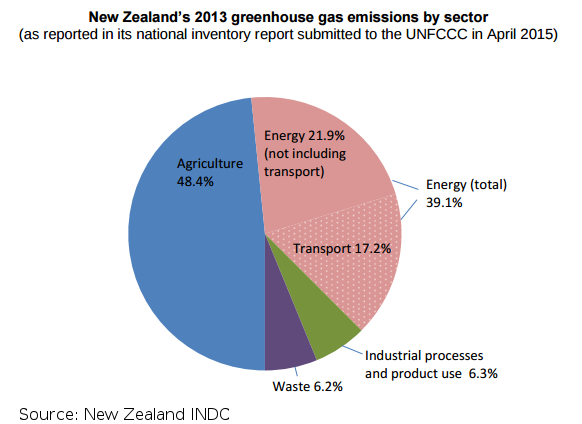 In essence Grosser outlined a policy of kicking the can down the road and heavy reliance on carbon trading credits, “Our investment in agricultural research is beginning to bear fruit and the cost of electric and plug-in hybrid vehicles continues to fall. I think in 5-10 years we’ll be in a good position to reduce our emissions in both agriculture and transport.” he said.

New Zealand also made their UN INDC pledge highly conditional on accounting for the land sector, and confirmation of access to carbon markets.

New Zealand Government argues that there are specific national circumstances why it cannot increase emissions reduction. These include a higher than average population growth: 31 percent, as against OECD average of 18 percent.

Oxfam New Zealand Executive Director Rachael Le Mesurier in a stinging rebuke called the low ambition in the target a “slap in the face” for New Zealand’s Pacific Island Neighbouring states. Here is her media statement in full:

“New Zealand’s neighbours in the Pacific are some of those most affected by climate change and this target will be a slap in the face to them. It is irresponsible for New Zealand to continue to pollute the atmosphere with dangerous amounts of greenhouse gases whilst also claiming to be a friend to the Pacific and other small island developing states. If all countries adopted a similar level of ambition then the resulting climate change would be devastating to Pacific island countries.

“Before our climate change negotiators head to Paris in December, New Zealand must commit to taking a far more ambitious target and a real plan to back it up. New Zealand also needs to commit to providing adequate climate finance to developing countries, especially for adaptation purposes.”

Greenpeace New Zealand also issued a statement and said the post 2020 target was a con-job, “On paper it may look ok, but it’s a distraction from the fact that it’s not an improvement on any of our previous targets at all – it’s a con-job,” said Greenpeace NZ Climate Campaigner Simon Boxer.

“Those in power who are meant to be representing the best interests of Kiwis can bandy about any figures they like, but guess what – they won’t actually have to stick to them if this plan goes ahead. In his seven years at the helm of our country, John Key has failed to introduce a single piece of law to reduce climate pollution – that’s not going to change.” said Simon Boxer, taking a dig at New Zealand’s conservative Prime Minister John Key.

Commentary from the science community was equally scathing in the low ambition in the target.

Dr Jim Salinger, climate scientist, said “The Government’s target errs on the side of the challenges New Zealand faces when deciding on a target. New Zealand is uniquely placed in terms of our agricultural emissions, and our national circumstances, but we are equally uniquely placed to lead on developing low-carbon solutions that support, enhance and potentially advantage our economy.”

“New Zealand, along with other countries will face pressure to increase the ambition of its target at and after this year’s Paris climate change conference. But the international target is only part of the question. A great deal of work is now needed at home to determine the direction of our climate change policies, including the review of the Emission Trading Scheme.” said Macey.

Professor David Frame, Director of the Climate Change Research Institute, Victoria University Wellington called the target “pretty reasonable” and endorsed it’s conditionality. “In this sort of problem a country’s best course of action depends on what others are prepared to do, too: if they do more, we can do more at the same price – if Japan drives its motor industry to produce affordable hybrids and electric vehicles, then New Zealand gains additional ability to reduce its emissions in the transport sector.

Catherine Leining, Policy Fellow, Motu Economic and Public Policy Research also highlighted gap between policy and what is required, “What’s missing from the submission is a firm commitment backed by policy to decarbonise the New Zealand economy in line with global effort to limit temperature rises below two degrees Celsius.”

Professor Ralph Sims, the Director of Centre for Energy Research at Massey University highlighted in a graph and commentary how lacking in ambition the New Zealand INDC post 2020 targets actually are:

“BUT we now have 10 years longer to reduce New Zealand’s total GHG emissions by an additional relatively small amount of 4.2 Mt CO2-eq.

Assoc Prof Frank Jotzo, Director of the Centre for Climate Economics & Policy and Director of the Resources Environment and Development (RE&D) program at the Australian National University commented “Most other countries’ pledges imply ramping up their effort in the 2020s, New Zealand’s pledge fails this test.”

So New Zealand joins Canada and Japan in being a climate laggard in the lead up to the December Paris UN climate talks.

Canada set a post 2020 target of 30 percent on 2005 levels by 2030, which is widely seen as an insufficient target which it is unlikely to achieve except by major offsets.

According to Climate Action Tracker, Newspaper articles report that Japan will likely put forward an emissions reduction target of 20 percent below 2013 emission levels by 2030.

However, the combined plans of all nations indicate we are still on target for burning the planet with 3 to 4 degrees C of warming by the end of the century, according to climate scientists presently meeting in Paris. “The world is at a critical crossroads,” UN Secretary-General Ban Ki-moon said at the gathering of 2,000 academics. “Clearly strong action still needs to be taken.”

Climate science from the IPCC has recommended, since at least the Bali climate roadmap in 2007, that industrialised countries need to cut their emissions by 25 to 40 percent below 1990 levels for a reasonable chance of the planet staying under the 2 degrees Celsius threshold and avoid dangerous climate impacts likely to occur above that level. In fact the 25-40 percent industrialised country target was actually adopted as a footnote to the Bali agreement.

Dutch Citizens recently won a landmark legal case under tort and human rights law with a ruling that the Netherlands Government needs to cut emissions by at least 25 percent by 2020 in accordance with the climate science recommendations. Some Pacific Island nations have already indicated that legal cases may be launched against countries or corporations that are major climate polluters or not sufficiently addressing the need to reduce greenhouse gas emissions.

So what target will Australia set? Will it be in accordance with the science or place us with the industrial climate laggards condemning the world to an apocalyptic climate future?