We need to talk about: corporate and political entitlements 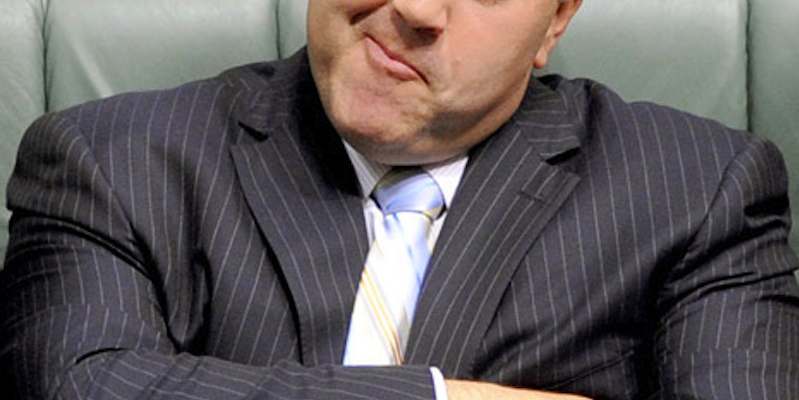 Our new government says the age of entitlement is over, so lets look at why that’s a good idea.

If you export a product Austrade gives you grants for ‘promotional activities’ up to $150,000 a year, for eight years. The Export Grant Scheme is worth $150 million per year and runs until 2016.

On a “marketing visit” you get $300 a day for accommodation, entertainment and living expenses, oh, and a 65 per cent discount on first class airfares. That’s $8277 back on a flight from Sydney to New York.

The Coalition has indicated its support for the Scheme. They’ve signaled an increase of $50m to make it a $200m program. Labor introduced an amendment before Parliament to close loopholes like paying grants to people assessed “not to be a fit and proper person”. They also proposed to reduce it to a $125m program, but the Coalition voted against it.

Warren Truss spoke about the bill last year: “Labor does not seem to care about or understand business, and people in business—exporters in this case—simply cannot rely on government programs anymore. How can they know they will actually get a helping hand to break into a new market when the government keeps changing the rules?”

He went on to say: “Amendments introduced in this bill highlight the government’s mismanagement of its budget, because they are essentially being put in place to save just $25 million”.

Another entitlement our government wants to expand is the Export Finance and Insurance Corporation (EFIC), which totalled over $513m, “underpinning exports and overseas contracts” in 2013.

A third of the board at EFIC currently act as directors of mining companies. None of them declared a conflict of interest last year.

Bruce Brook is currently a director of Newmont Mining Corporation and Boart Longyear, the world’s largest mineral exploration drilling company, he was reappointed to the Board as a member and as Chair of the Audit Committee for a second term of three years.

Annabelle Chaplain is on the board at Downer EDI Ltd who, “support our coal and metalliferous mining clients at all stages of the mining lifecycle. She’s also on the board at Copper-and-gold miner PanAust Ltd.

Jennifer Seabrook, is currently a Special Advisor to Gresham Partners Ltd whose biggest asset was a mining company and advises mining companies on mergers and acquisitions. She is also a non-executive director of Australian mining company Iluka Resources Ltd.

Luckily the EFIC practices responsible lending. “We have helped eligible companies working on projects such as oil and gas, defence and resources to win and finance contracts”.

But don’t be fooled, “responsible” can mean many things. The productivity commission review of EFIC in 2011 found: “Support goes to relatively few firms and often on a repeat basis. By value most of the support is targeted to large corporate clients … more than three quarters of the value of EFIC’s signings in 2010-11″. Just 41 firms received help (out of about 45,000 exporters in 2010-11).

The productivity commission was unhappy with EFIC’s influence on the environment and the economy. “Because EFIC is distorting the allocation of resources in the economy, the costs are widespread and include those borne by domestic competitors of EFIC’s clients and, more broadly, the taxpayer. EFIC should be required to release more information relevant to environmental and social impact assessment”.

The commission also said money EFIC provided to mining companies should be discontinued.

“EFIC has provided facilities to Santos to develop liquefied natural gas projects in Papua New Guinea and Australia. In a 2011 press release, Santos stated that ECA facilities are a part of Santos’ funding strategy.”

The commission’s findings were, however, largely ignored, and last year EFIC made its largest ever financing play, $150m, for the Ichthys LNG Project in the Browse Basin off Western Australia. The project is owned by foreign companies.

EFIC gave more to mining companies than anyone else in 2013.

At Senate estimates late last year: “EFIC did not disclose the dollar value of its loan to miner Rio Tinto for its $US5.1 billion Oyu Tolgoi mine in Mongolia. But it did confirm it was seeking a cash injection from taxpayers”.

But relief from what?

Recent analysis showed CEOs are paid 150 to 250 times average earnings and that’s after their pay tripled between 1993 and 2009.

The media might help explain this. Australian Financial Review reported recently: “The end of a period of exorbitant salaries and big bonuses”.

But since 2003 our executives remain some of the highest paid because bonuses are calculated in a strange way, more on that later.

Maurice Newman, the PM’s Business head, says wages are the issue – but he is not talking about the ones above.

Newman’s former employer, Deutsche Bank, moved to cap executive pay in 2013, “at just below €10 million ($13.2 million) because of “broader political debate” in Europe about reining in executive compensation.

Llyods CEO António Horta-Osório, was forced to defend his decision to accept a bonus after, wait for it …“union leaders called on him to follow rivals at Royal Bank of Scotland and Barclays and waive his payout”.

In Australia, where fixed pay for CEOs has ‘fallen’ for the second time in more than ten years, cash bonuses have soared. “You are much more likely to get a bonus than you were 10 years ago, and that bonus is much, much bigger,” Martin Lawrence of Ownership Matters said.

The gap between reported pay and real pay is staggering.

ANZ boss Mike Smith was paid $9.67m, officially, but he took home $19.1m when the extras were calculated.

The commentary about these numbers is puzzling, as Fairfax reported: “Ann Byrne said the decline in fixed pay – which does not include bonuses or shares in the company – was a result of a higher level of investor scrutiny since the global financial crisis and the introduction of the two-strikes rule on remuneration …”

The market is responding to shareholder concerns over continual pay increases,” she said, adding the trend was likely to continue downwards as investors and the community continued to put pressure on company directors.

What community pressure in Australia?

Consider the two Westfield shopping centre moguls who took home over $21m. Peter Lowy, who was ‘entitled’ to a pay rise of 43 per cent to $11.5m. He’s also fighting ‘entitlement’ claims from their cleaners, who want ‘fair wages’.

Westfield’s greed in America is legendary. “Over the years the company has reaped hundreds of millions of dollars in favourable tax assessments, a recent study documents: “Los Angeles City Council granted Westfield a special tax break of up to $59 million on a new mall in Woodland Hills it probably would have built anyway. Westfield’s position is that it receives nothing it’s not legally entitled to”.

In America as in Australia the culture of “Entitlement for the rich mean cuts in safety net programs for children, women, retirees, and low-income families. They threaten Social Security. They redirect money from infrastructure repair, education, and job creation”.

Last week’s news that News Corp is legally ‘entitled’ to claim over $880m in tax concessions, for reasons no one can really explain is instructive:

“The Full Court concluded that no actual exchange of currency is required in order to realise a ‘currency exchange loss’.”

So we have a ‘responsible’ government allowing companies to claim grants for first class airfares and CEOs earning more than ever but the debate is about reducing pay rates for low income workers?

An end to the age of entitlement is coming but that’s not what we’re talking about in Australia.