#Nobelprize for Literature to Dylan. The Times they are a changin’: two songs through a #climatechange prism – @takvera 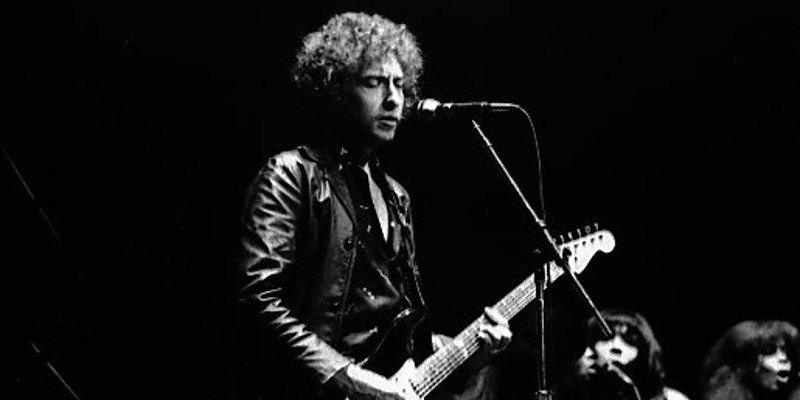 The 1964 classic protest anthem The Times they are a changin’ by Bob Dylan is just as relevant as a song about climate change. That is the poetic greatness of Bob Dylan, who has just been awarded the Nobel Prize for Literature for 2016.

Try reading the lyrics of Blowin’ in the Wind using a climate change frame:

Come gather ’round people where ever you roam
And admit that the waters around you have grown
And accept it that soon you’ll be drenched to the bone
If your time to you is worth savin’
Then you better start swimmin’ or you’ll sink like a stone,
For the times they are a’ changin’!

Come writers and critics who prophesy with your pen
And keep your eyes wide the chance won’t come again
And don’t speak too soon for the wheel’s still in spin
And there’s no tellin’ who that it’s namin’
For the loser now will be later to win
For the times they are a’ changin’!

Come senators, congressmen please heed the call
Don’t stand in the doorway don’t block up the hall
For he that gets hurt will be he who has stalled
There’s a battle outside and it’s ragin’
It’ll soon shake your windows and rattle your walls
For the times they are a’ changin’!

Come mothers and fathers throughout the land
And don’t criticize what you can’t understand
Your sons and your daughters are beyond your command
Your old road is rapidly agin’
Please get out of the new one if you can’t lend your hand
For the times they are a’ changin’!

Watch Tracy Chapman cover Blowin’ in the Wind below:

The award is a controversial choice, but literature comes in many forms and idioms. The award recognises that songwriting is just as essential and a powerful form of literature that can move us and change us.

Richard Brown, Reader in Modern Literature at the University of Leeds explains at The Conversation Why Bob Dylan deserves his Nobel prize in literature.

"He can be read and should be read, and is a great poet in the English tradition" https://t.co/g7CnFBlkNB

The Times they are a changin’ was published in 1964 and became an anthem of the civil rights movement and anti-war movement. But it is just as prescient when you read it with climate change as the frame.

NASA scientist James Hansen Congressional testimony in 1988 really put the issue of climate change in the public view, but political action has been so slow to happen in response, on both a national and international level.

The United Nations Framework Convention on Climate Chanfe (UNFCCC) came into being in 1992, the adoption of the Kyoto Protocol in 1997, then 8 years wait before enough countries signed for Kyoto Protocol to come into force 8 years later; the debacle of Copenhagen in 2009; and finally the Paris Agreement and it’s entry into force on 4 November less than a year after it’s negotiation. We have a target of keeping temperatures well below 2 degrees C, but the national climate plans submitted would still have the world warming by more than 3 degrees this century.

In these times when sea level is rising, “admit that the waters around you have grown, And accept it that soon you’ll be drenched to the bone”.

In these times we need the media on the ball, not to achieve a false ‘balance’ between climate science and skeptic arguments, but to sort and deliver the scientific facts and hold our politicians to account. “keep your eyes wide the chance won’t come again.”

We have the tools to tackle climate change but there has been a lack of political will, with senators, congressmen blocking carbon pricing and action on climate change, particularly the Republican dominated congress in the US and the recent Liberal National Party governments in Australia lead by Tony Abbott and Malcolm Turnbull.

Ultimately, climate change is about intergenerational theft. Using up the carbon budget of the future and not taking action now to mitigate climate change to slow the increase in global average temperatures, and climate impacts such as more frequent and intense heatwaves, more extreme storms with heavier downpours and flash flooding events. “Your old road is rapidly agin’,
Please get out of the new one if you can’t lend your hand”

We have already changed the climate and set it on a course, “the line it is drawn, the curse it is cast”. Slow rises in temperature and ice sheet collapse will perhaps change to exponential rates if we are not careful, due to passing tipping points such as major changes in polar albedo, and permafrost thaw.

“The present now will later be past” as the velocity of climate change increases. The old order of civilization development and agriculture which developed in a relatively stable climate, is now past. We are reaching a Climate Departure: Oceans already outside historical variability as cities and ecosystems follow.

The times are a changin’, and climate change ensures they will never be the same again. We need to adapt to the changes we have already brought about and that are already in the system, and act to prevent or at least slow down much greater impacts from our carbon emissions and carbon pollution.

And of course there is Dylan’s Blowin’ in the Wind, a fitting ode to wind power, written and published in 1962 well before the advent of modern wind turbines. Wind power has been with us for centuries, but it has only in the last half century developed the efficiencies for generating renewables electricity at large scale to transition us from the carbon pollution of the industrial age.

Try listening to Blowin’ in the Wind as an ode to wind turbines and wind power as part of the solution to the necessary energy transition to a zero carbon economy and social justice.

Wind generation, my friend, is at least part of the answer, or rather the solution, and it’s just blowing in the wind. Just make sure the transmission towers and grid are also built to withstand the more intense storms we will endure with the already changing climate.