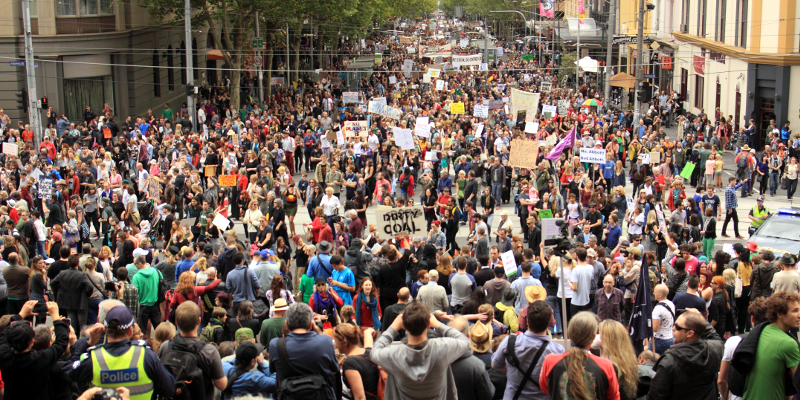 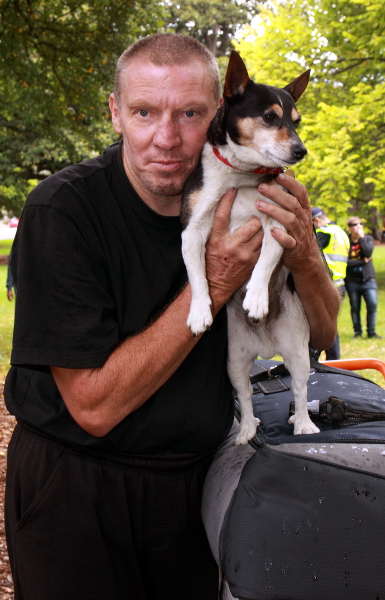 During #MarchInMarch homeless man Bobby with his trusty mate Buster the dog approached me and asked if I wanted a story. He told me they’ve been living on the streets of Melbourne for 10 years waiting for public housing.

Bobby invited Prime Minister Tony Abbott (@TonyAbbottMHR) to sleep rough with him for one night on the streets of Melbourne to experience homelessness.

On Tuesday, while Federal Treasurer Joe Hockey (@JoeHockey) was dancing over the early graves of Australia’s disadvantaged and aged who won’t be able to afford medical care, Abbott was putting the finishing touches on plans for thousands across the country to join Bobby and Buster on the streets, permanently.

This Sunday May 18, 2014 will see people take to the streets of Sydney, Adelaide and Perth under the March Australia (@MarchAustralia) banner, the same group that organised the massive #MarchInMarch events around the country. The #MarchInMay events (as they’re known) were organised prior to the budget being handed down.

With anger growing over #budget2014, a rally in Melbourne has sprung up for this  Sunday also, called #BustTheBudget.

The rally is being organised by a loose collective that includes some of the Melbourne #MarchInMarch organisers and The Guardian columnist Van Badham (@vanbadham).

Van will not be attending the rally as she had already committed to speak at the Sydney March Australia event. The Melbourne rally  is not affiliated with March Australia.

There is also a Brisbane rally being organised by a group called Welfare not Warplanes on Sunday, again this event is not affiliated with March Australia.

NoFibs will be providing coverage of these demonstrations via Twitter using the hashtag #FairGoJoe and a feed of the same hashtag on the NoFibs website.

UPDATE: A rally has been organised for Hobart this Sunday, the event was posted on facebook by Ben Peelman.