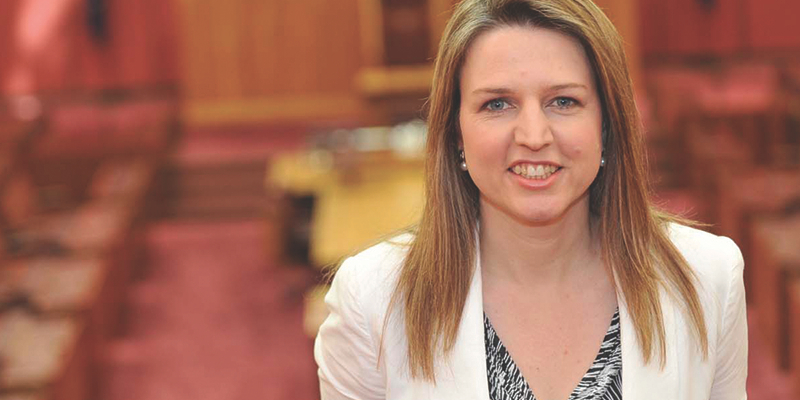 Before meeting with Senator Louise Pratt I needed to do a quick Google search, because West Australian senators don’t seem to have high profiles, and the Senate election appears less personality-driven than the election of House of Representatives, with the exception of a few players.

Senator Pratt is currently the Parliamentary Secretary for Environment, Climate Change and Water. After considering a career in journalism or academia, she joined the Labor Party at 21 because she wanted to be a participant in change, not a commentator. She was first elected to political office at 28.

Last year she was demoted to the second position on the WA Labor Senate ticket behind Joe Bullock. She felt constrained in commenting upon the deal, which last year led to her to posting on her Facebook page a statement that showed her lack of unity with Bullock: “I have always worked to support preselection of candidates that have progressive Labor values and are pro-choice and also pro-Marriage Equality. Joe Bullock on the other hand is anti-Marriage Equality and against a woman’s right to control her own reproductive health.”

However, Senator Pratt explained that when the election occurred she knew she would be in trouble, and in trouble she was – in the first vote she was elected, however, in the subsequent recount she lost her seat.

I met with Senator Pratt in her WA office.

Guinevere Hall: Has a lot changed in the months since the 2013 election?

Louise Pratt: Massive change, Tony Abbott said a lot of things at the last election that he has now backflipped on. Tony Abbott and Christopher Pyne made promises on education, said they were on a unity ticket with Labor on education and schools funding, which has completely evaporated post-election. WA schools are worse off by a very large factor because of the Abbott Government, one of the major themes of this election.

GH: Does state politics have relevance in this vote?

My message this election: You can’t change the government but you can vote for an opposition that can hold the Abbott Government to account. You can’t achieve that if you vote for a minor party.

There is a general feeling that people in WA know we are heading into a downturn in the mining boom, they are worried about having a government that is prepared to defend their job security.

GH: A lot of people in WA are anti-Carbon Tax …

LP: If you accept that climate change is real then you have to accept that a carbon-constrained future is coming and therefore it’s in WA’s economic interests to start that journey as soon as possible, because that is what is cheapest in the long run.

GH: Do you have a view on what is happening on Manus Island?

LP: This is a vexed issue, large numbers of people dying at sea, military picking up boatload after boatload.

Labor implemented offshore processing, the people on Manus Island need to be given the right care and protection.

GH: But you can’t protect them, literally can’t, it’s untenable that they remain there …

LP: They are there and that is not about to change. Our focus has to be on maintaining protection and protection of their human rights while they are there, and to work through those issues with the PNG Government.

GH: Can Labor suggest a better solution, another solution?

LP: We are not the government, we can’t implement solutions.

GH: I read that Labor is going to preference Shooters & Fishers, Palmer United Party, Katter’s Australian Party and even the Coalition above the Greens. Is this true?

The reality is that both Scott Ludlum and I need votes to get to our quotas so our preferences won’t be relevant.

GH: What sort of advertising will you do for this re-election?

LP: All traditional campaign techniques, though with a much more limited budget than other parties, as we don’t have business interests. Clive Palmer has a Carbon Tax liability, and abstained from a vote in the Lower House because of conflict of interest, but is arguing that his senators will not need to in the Senate as they don’t have vested interests.

The headline points for Labor in this election are: jobs and the economy, penalty rates, wages and conditions, people are worried about job security as a theme, the last thing you want to do in a downturn is start cutting services, cutting new infrastructure, and cutting investments.