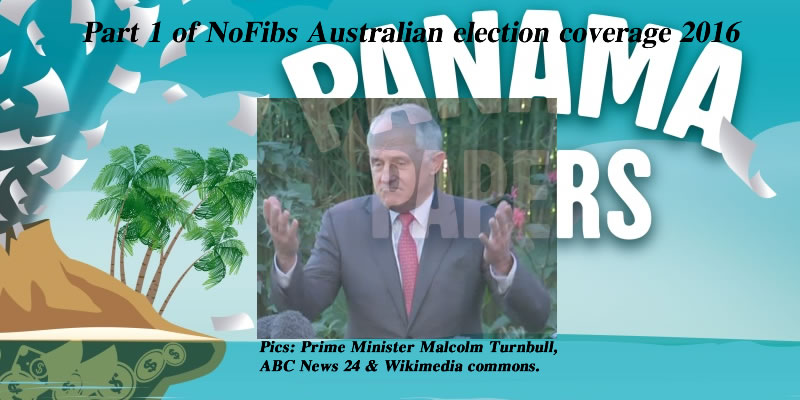 Blog along as we cover the long Australian election campaign for 2016. 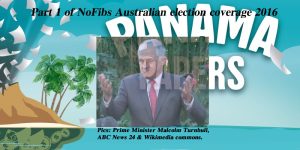 To the Governor General.

Christopher Pyne doesn’t think the government is in caretaker mode

ABC News 24: Christopher Pyne doesn’t think the government is in caretaker mode yet. 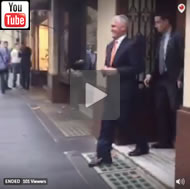 This is part of @TurnbullMalcolm response to her concerns re education. "I can feel what's in your heart" #ausvotes pic.twitter.com/CRllyvz7s7

Syrian refugees to be banned from settling in Dawson

The battle for Indi

Scott Morrison in a tangle in Tassie

Scott Morrison films a Facebook video while someone holds up their ~national economic plan~ https://t.co/n3PYF9hni2 pic.twitter.com/XVbzgyXETB

.@billshortenmp has touched down in Mackay on the BBJ #ausvotes @abcnews pic.twitter.com/EE9Uc8Y5iI

7 News: “We’re going to have to run away”: Fiona Scott & the abrupt Turnbull exit from Lindsay.

ABC News 24: Turnbull suggests Libs may not be telling the truth on how they voted at LibSpill.

Tele wants to save Albo

Daily Telegraph editorial meeting:
"how can we get rid of Albo?"
"Well the inner west hates us"
"So if we campaign for him…"
"exactly"

I'm running for Grayndler because I want to make a difference as part of a Labor Governmenthttps://t.co/G8K0CGW62I 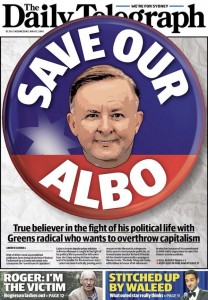 The Daily Telegraph: Save Our Albo.

I stand with Duncan Storrar

QandA: Duncan Storrar asks the panel if the tax bracket can be raised for low paid workers.

ABC News 24: Is it ruled in or out? Malcolm Turnbull on a coalition deal.

ABCNews 24: Malcolm Turnbull: Increase tax to encourage people to do less of something.

ABC Q and A: Assistant Treasurer Kelly O’Dwyer on jobs and growth, pies and toast.

9 News Brisbane: Battleground Qld: Mr Jobs And Growth is right behind you.

Scott Morrison gets into the jobs and growth mantra

BREAKING: Both houses of Parliament, and Chris Bowen's beard, have been dissolved ahead of the July 2 election. pic.twitter.com/iPE8tyAkEa

The Shorten trip to Cairns

And the press pack descends on Cairns West State School for @billshortenmp's first event of the #ausvotes campaign pic.twitter.com/yPKIk5Rk2X

The polls, the polls

#VoteCompass is back for the 2016 federal election. Find out where you stand on #ausvotes #auspol https://t.co/irvsFQoFex @abcnews

Spare a fiddy for Mal?

I dunno but MT hitting you up for a fiddy just seems a bit odd to me. #AusVotes16 pic.twitter.com/1nrJD9WaaQ

@Qldaah
We look to the man on the right, or the one who beats him, to start the process to move on, next term! https://t.co/WqJqrM1czt

The GG has met with MT today for #ausvotes. pic.twitter.com/94PB1Ggp82

2. ABC News: Out of the pits again after a major negative gearing problem for Turnbull in the C1 car.

1. ABC News: C1 car with Malcolm Turnbull at the wheel is out of the pits and back into the great race.

Approximately 18% of 18-24 YOs are estimated to be missing from the electoral roll. Enrol at https://t.co/1McL1EwHak pic.twitter.com/2NEUV5MbEH