This week’s cancellation of the funding behind Australia’s flagship online news source The Global Mail sent shock waves through the local media, because many journalists were watching to see if the rise of the independent online media hub was a viable career lifeboat.

It’s not all bad news for the staff at The Global Mail. They’ve got about three weeks to find other sources of funding. If that fails, another flock of querulous journos will descend on the already job-starved media landscape.

What’s clear to me now is that the social media is the only media.

The demeanour of journalist Mike Seccombe said it all, when he fronted-up for an interview on Friday’s ABC Breakfast News.

Virginia Trioli asked him whether there were other ways of funding The Global Mail. He exhaled, shrugged and replied that he is a journalist, not a money man.

I felt for him, because if 20,000 subscribers, a stable of top notch journos, and private backing are not good enough to make The Global Mail work, what the hell is?

Before things got too depressing, technical problems meant the interview had to be wrapped-up fast, and the inexpressible did not get articulated.

The inexpressible being, of course, that the media as we know it is in its death throes. It’s on the mat. The death rattle has begun. Wake up peeps, it’s happening, it’s really happening. 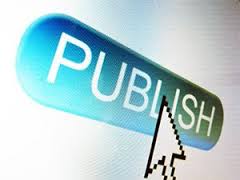 I could rail at the media moguls who have sold us out, but I’m calling The Publish Button the main culprit, that powerful little hyperlink which emerged on online blogging platforms a decade ago.

We flocked to it like gulls at a rubbish bin, and since digital technology was able to count the uptake, advertisers followed in an equally frenzied manner, until there were simply more pecks on The Publish Button than there were on all the print floors combined.

Twitter, Facebook and various forms of blogging now fulfill the very strong desire to be ‘published’ and ‘posted’, ‘liked’ and have our status ‘updated’ and ‘shared’.

Now, I’m not saying what we blog/post/tweet about is necessarily rubbish, but the bin is where it’s at peeps, the gulls are just not flocking to the media, which has been stripped, flogged and hung out to dry, journalistic job security with it.

The companies who made The Publish Button have become the new media moguls. They have no need to invest in ink, paper, print floors, newsagents, transport, and the tens of thousands of people who once staffed the media.

And without us even noticing, they have managed extremely well without journalists. A media which has no need to pay for content is every CEO’s dream.

Content flows freely to them, because The Publish Button is such effective bait.

Its lightning fast distribution is a stimulant like no other to wordsmiths. No barrier to participation, no editors to chase us, no pesky sub-editors to keep us nice, no delay in reaching our audience, and the ability to correct errors instantaneously … if we care about any of that, and there’s no requirement to. 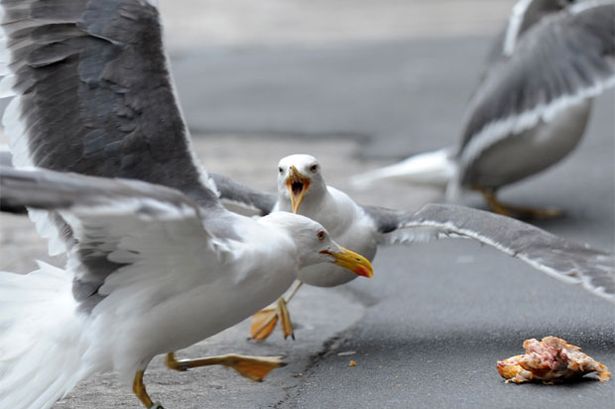 If I StumbleUpon it I can Storify it, and I can say I’ve Reddit. I can Press my Words, I can show my Pinterest, I can Inst a Gram, I can meme like a Tumblr.

It’s all so liberating and wonderful … “Content is King!”, they say, to exhort us into creating great content, but it’s also free, and it’s left journalism with virtually no currency.

Social Media’s advertising and subscription revenue, which is placing the corporations behind The Publish Button in stockmarket positions that have Rupert Murdoch worried, is not shared with the content creators of this new world media.

To complain any further about the mainstream media is just like a new government blaming the old: after a while, it just doesn’t hold true anymore.

So, where does journalism stand now the media is flatlining?

For the last fortnight, No Fibs citizen journalist Margo Kingston has been showing by example what journalists can do with The Publish Button, by relocating to north-west NSW and reporting on the #Leardblockade, where a group of activists has been holding back the progress of the Maules Creek Mine.

Margo has self-funded her Storify reports, put together by Tony ‘The Geek’ Yegles, uploaded onto No Fibs with a regularity that a mainstream news site would be envious of.

Twitter has been utilised to distribute these short interviews, news items and reports to a growing audience.

What makes it relevant is the depth of engagement, participation, and the provision of opportunities for the subject to contribute to the report.

This is possibly the true meaning of ‘social’ in social media, and it’s possibly what makes very tasty bits for the gulls to peck at.

If The Global Mail had attracted a few gulls to the edge of the bin they might not have reached this point. Their low-level social media engagement may well have been their Achilles heel, or was it their propensity to pay their journalists a decent salary?

I’m not in a position to answer that. What’s clear to me now is that the social media is the only media.

There, I’ve said it. As a journalist, all I have to do is find a way to come to terms with it.