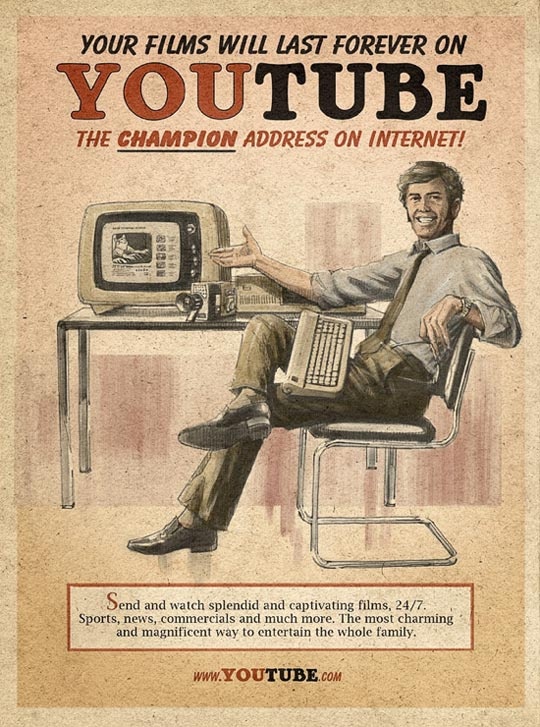 The Great NBN Debate is notorious for the high degree of emotion, insult, abuse and attack by many highly vocal proponents for the two political proposals. The response seems disproportionate; something strange is going on…

This piece frames simple, fundamental questions and seeks to answer them.

There is a simple truth, brilliantly summed up by the Bureau of Statistics in 2001, that is constantly overlooked in this debate. Since the 1850s Australians have been at the forefront in communications, and the NBN is just a continuation of that struggle to communicate in our Wide Brown Land.

What is important is not discussed and what is trivial, is cause for endless turmoil.

I’ve seen some very controversial and divisive public debates, including the Vietnam war and conscription, abortion, indigenous land rights, equal pay for women and abolition of the death penalty. These were life and death issues, or concerned fundamental human rights.

The NBN is none of these. It is a modern infrastructure choice, the selection of which won’t End the World. In fact, on a daily basis, it will be barely perceptible to many people. It will provide ordinary householders an Internet service that works the same for everyone, not that works, just.

The longest running wars Australia has ever been involved in, Iraq and Afghanistan, were entered into by John Howard with virtually no Parliamentary debate. Many Australians have died or had their lives permanently changed in the pursuit of a very nebulous Strategic Principle with no discernible benefit to our country or way of life.

This real Life and Death issue for servicemen hasn’t been costed, nor are figures publicly released. In 2011 it was estimated military spending increased by more than $30 s billion, with $2-$4 billion extra every year for on-going Field Operations. This was funded directly from our taxes, giving us no tangible benefit and was certainly never the subject of any “Cost Benefit Analysis” by the Coalition.

This is the topsy turvy nature of the current NBN debate – expensive Life and Death issues pass by while insignificant technical issues cause endless, raging debate.

It reminds me of Swift’s “Gulliver’s Travels” where the Lilliputians have a long-standing war that’s riven the nation: Which end of a boiled egg should be opened? The Little-end or Big-End? (A phrase well known to IT folk in a different context.)

In my life, I’ve seen technology change dramatically with little comment, let alone opposition. Even the most fundamental change recently happened almost without comment, while costing households directly many billions – the switch-off of Broadcast Analogue TV after 50 years – like the introduction of B&W TV in the late 1950s and and replaced by Colour TV in the mid-1970s, analogue Colour TV superseded by Digital this century, FM then digital radio, renumbering the AM band, touch-tone dialling, domestic dial-up modems, answering machines and later Caller ID, mobile telephones…

Why has the NBN been singled out for such a low and bitter campaign, rivalled only by the climate change debate?

It’s not obvious ‘Who Benefits’ nor does the usual tell-tale ‘Show me the Money!’ help.

At the very best, it seems to be politicians arguing over which way to open an egg: lots of noise, bluster and theatrics, but very, very little substance.

As far as I can judge, this whole debate revolves around maintaining a functional copper telephone network, the sole advantage of which is that you can plug in your 1925 rotary dial phone and have it still work Not, for me, exactly the strongest or most compelling of arguments.

A dear friend quite innocently asked me, “Why do we need an NBN?” It floored me.

I had no simple answer for her. I’ve explained some finer points of Quantum Theory and
complex Computer Science problems, like Virtual Memory, to lay people in 50 words or
less, but had no such explanation for my friend. I have multiple friends who are ‘over’ the
NBN debate after 5 years of noise and fury in the media and have turned it off.

Q: Why should I care?

For our kids and grandkids. We have one shot at implementing a first version of an NBN – why should we let a very small, very vocal group of malcontents get their way at the expense of everyone else? If we stop caring, they win. That is their game plan.

This moving to a ‘born digital’ network, is the single biggest change in telecommunications any of us will ever see. As Tony Windsor says: “Do it Right, Do it Once, Do it with Fibre”.

Hanging onto a copper telephone network never designed to be digital just so we can be compatible with 1925 equipment is sheer madness, technically, economically and socially.

Because the private sector should’ve built us one by 2010, but they didn’t. Copper is a century-old medium which has given us everything it can. It’s now time to embrace the future.

There’s a Telstra executive on-record saying he’d come across a 1995 paper by a previous CEO, Frank Blount, expecting their change of phone network to broadband only to be completed by 2010.

There is no technical or economic reason why this could not have been done within normal funding if it had been started in the early 1990s as planned. Why this is not so is a whole other question.

It’s a matter of public record that in 2005, a world-wide search for the most competent Telco executives for Telstra landed us Sol Trujillo and his team. Within five weeks of taking on the job, he was meeting with the Prime Minister and his senior cabinet telling them that:

a) Telstra was in very bad shape financially because it hadn’t built a successor network to the telephone, and

b) the way out was a National Broadband Network.

But instead of taking the advice of the best talent in the world, the Howard government did nothing, as it had for nearly 10 years during the incredible rise of the Internet.

In 2001, a Fibre to the Node (FTTN) network for an NBN was a brilliant idea, technically and economically. So much so that in Canberra, TransACT raised $40MM to do exactly that.

In 2005, an FTTN network was still a great idea – otherwise the most able Telco execs in the world would NOT have pitched it to the Government.

In 2007, an FTTN network still seemed a good idea, which is what the ALP took to the pre-GFC election.

But it turned out in 2009, on the recommendation from the best telecommunications and economics experts in the country, that without Telstra’s active involvement an FTTN was not viable. Spending money on old copper technology was a waste because it could never pay for itself.

Every year since 2009, the technical, commercial and economic arguments for an NBN have moved more strongly towards Fibre and away from Copper.

Anyone still arguing in 2013 for extending the life of the copper network beyond 5-7 years thinks they are living in 2000, when Al Gore’s ‘Information Super Highway’ was 1-2Mbps and 56k dial-up was still cool.

Q: What’s it going to do for me? (I’m alright now, why should I pay for anything new?)

Because what you did with the Internet 10 years ago is nothing like what you do now, so why do you think nothing will change for another 10 years? You’re not the only person in the world – others are in different circumstances and want different things to you. The only constant in this world is change. We know nobody can accurately predict the future, but the best hint we have with the Internet is that it will exceed our wildest expectations, just as it has for the last 20 years.

Even if you don’t have a current need for anything better, there are increasingly large numbers who are desperate for basic services and those who have a pressing need or desire for high-end services.

I’ve another dear friend with a 45 year old panel van, bought new, a computer over 10 years old and who, until a year ago, was using dial-up for email and free Internet at libraries to do genealogical research. He doesn’t have a mobile phone or credit card either.

He asked me, very seriously, “Why should I change? I can’t see why things shouldn’t just keep working”.

There is no short answer for anyone who hasn’t grasped technological change is fundamental in this world.

In computing, and now telecommunications, 10 years is 3 to 4 generations of hardware. Old equipment costs more and more to keep running, while actually slowing down as you expect more and more from it. Businesses who’ve attempted to keep old systems and software running discover why companies like Digital Equipment used to support obsolete products for a price: doubling maintenance costs every year until the customer saw their way to replacing it with cheaper, faster, more efficient current technology.

Hanging onto ‘old faithful’ is an exercise in self-deception and false economics.

Having run the numbers for myself, I got to appreciate the need to check the economics of default decisions, like ‘keep the old car’ or ‘squeeze the last drop out of the copper network’.

Q: Fibre is really expensive so why do we need to spend all that money

It’s the best of all possible worlds for both camps. The avant-garde consumers get their new play-things and ‘live on the edge’ while laggards, including myself, get to ride for free on their coat tails with ever decreasing download costs.

The full Fibre NBN is about consumer choice.

Q: I don’t want to subsidise the uber-geeks with their fast speeds of 1Gbps.

It’s the other way around. They pay for the rest of us to get very cheap downloads.

Even a superficial look at the NBN Co plan shows it’s a phenomenal deal for both those who want faster and faster services and those who want lower speeds and smaller download limits.

There are many compelling uses for higher bandwidths, like uploading large files, video included, or simply backing up your data. We gave up banning books and magazines and being publicly judgemental of personal preferences and interests at least 40 years ago. What people choose to spend their money and time on is of no concern to others.

New media dating back to postcards, movable type and lithographs, have understood that sex sells. At some point the novelty wears off and the market matures. We left Public Guardians of Morality behind in the 1950’s. Arguing this position comes from ignorance and a desire to enforce a private moral code on everyone else – anathema in a democracy.

The history is a bit sparse, nothing I can think of simply states ‘the private sector didn’t act when it should’ve’.
There’s the multiple FTTN proposals by Telstra. Then the 2008 FTTN tender followed by Jan 2009 report of the Expert Panel: None are commercially viable.
Telstra Investor Update 19 April 2012