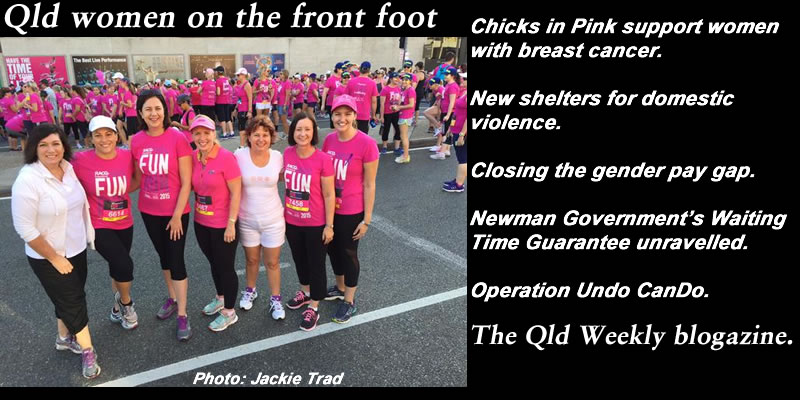 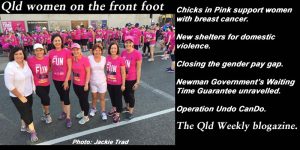 Check back with us as we blog the week in Queensland politics and news.

Restoration of the eternal flame

Special thanks to Wayne and his team from Gasworks who have undertaken the restoration of the eternal flame. #qldpol pic.twitter.com/Yu9KrJ39B0

The Eternal Flame back where it belongs at Brisbane's Shrine of Remembrance @7NewsBrisbane #Anzac100 pic.twitter.com/E0MH2WcBGD

Restoration of the arts – Modern Palaszczukism

Premier supports fluoridation but won’t enforce it on councils

Matt Wordsworth: Premier Palaszczuk supports water fluoridation but will not enforce it on councils.

Max Futcher reports: There are fears flooding could spread the devastating Panama disease, which has been found on a farm near Tully, and have a crippling effect on the north Queensland banana industry.

Review of New Hope mine expansion

Geoff Breusch reports: The Palaszczuk Government has ditched an LNP guarantee to get patients off surgical waiting lists, accusing it of being a gimmick.

Legacy Way all the way

Geoff Breusch reports: Premier Annastacia Palaszczuk has revealed the first laws she will take onto the floor of parliament later this month, and they are all designed to undo the legacy of Campbell Newman.

.@AnnastaciaMP announces Newman's cuts to the Matilda Awards will be reinstated by her @QLDLabor Government #qldpol pic.twitter.com/yyLCW404TU

Executive Building to be demolished

Coroner recomends new charge for driving without a license

Huge funding allocation by Newman Government not spent on patients

Katrina Blowers reports: The health minister has taken aim at the LNP for ear-marking millions of dollars for advertising and red-tape.

Big thank you to my Mater Foundation Fun Run sponsors – I ran like a girl and knocked out a 5k PB 󾌵Happy… http://t.co/cW5howxHOi

A sea of pink on IWD – walking for breast cancer research. pic.twitter.com/PL8TBBbDjD