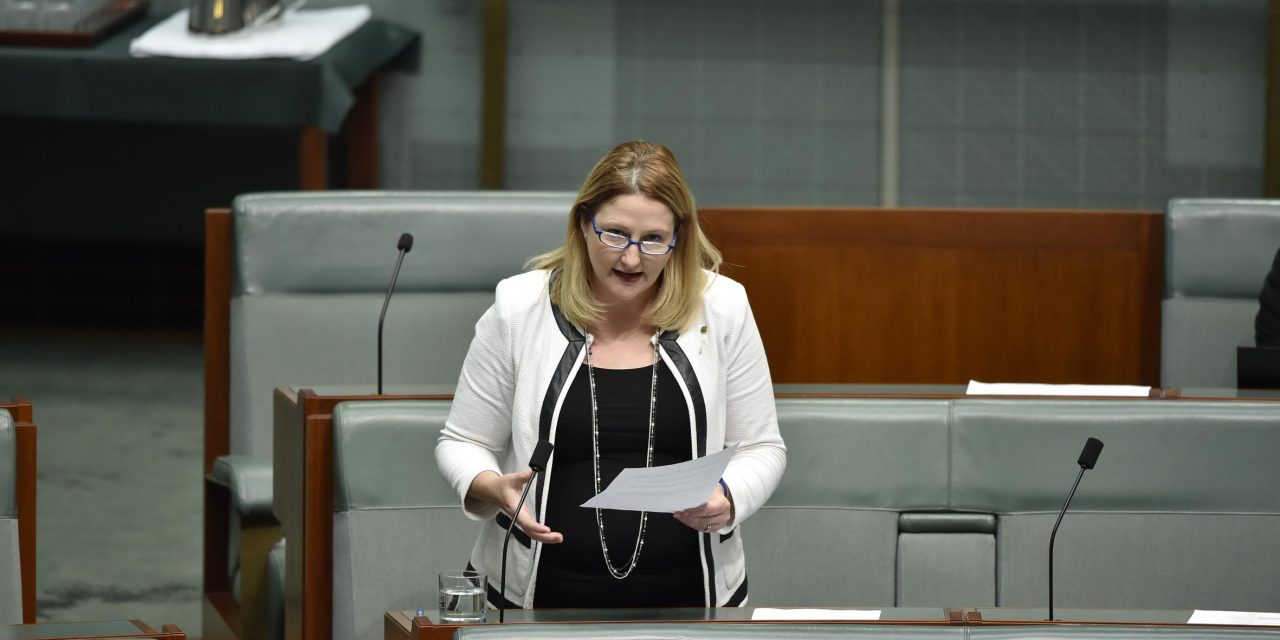 A politician of firsts, federal Member for Mayo Rebekha Sharkie was the first Nick Xenophon Team (now Centre Alliance) member to be elected to the House of Representatives; the first non-conservative politician to represent the once safe Liberal electorate of Mayo since it was created in 1984; and the first woman to represent her part of regional South Australia since Federation. She has worked hard to 'Make Mayo Matter' and follows the principle of always putting her community first. Rebekha lives in the Adelaide Hills with her family and grabs the chance to fish any time she can! Watch for her regular #ViewFromTheCrossbench column!

Rebekha is the Centre Alliance spokesperson for Social Services, Ageing, Education, Agriculture and Rural Affairs, Housing, Family and Community Services, Indigenous Affairs, Arts, Sport, Women and Youth. She is also a member of various parliamentary committees including education, employment and training; and the Parliamentary Education Office. Before being elected to Federal Parliament, Rebekha worked as a paralegal, researcher, policy adviser and a manager of youth services. Rebekha won Mayo with a 17{17ac88c265afb328fa89088ab635a2a63864fdefdd7caa0964376053e8ea14b3} swing in 2016 and increased her two-party preferred margin by 2.5{17ac88c265afb328fa89088ab635a2a63864fdefdd7caa0964376053e8ea14b3} in the 2018 by-election.

I wonder whether the ordinary voter is not becoming sick and tired of the vested interests which unduly influence the present political parties and yearn for the emergence of a third political force representing middle of the road policies which would owe allegiance to no outside pressure group.

This quote is as relevant today as it was in March, 1977, when Don Chipp stood in the chamber and resigned from the Liberal Party. Following an eventful ministerial career, Chipp walked away from his colleagues and the House of Representatives to seek election in the Senate and create a new party: The Australian Democrats.

Chipp’s vision was to create a new centrist party “whose members were obliged to vote on principle and according to conscience, in order to set an example to the rest of the Parliament” (from his book Keep the Bastards Honest, 2004).

For some time, Chipp was conflicted by what he witnessed as political expediency over principle.

I am often asked if this coming election will be the year of a ‘third political force’ in the House of Representatives through the election of a substantial crossbench. My answer: I dearly hope so, but I just don’t know, it will take a monumental shift in communities and resources in key electorates for this to happen.

In the 2016 election nearly one in four Australians gave their first vote on the green ballot paper to a candidate from outside of the two major parties.  While attracting nearly 25 per cent of the first-preference vote, this number translated to just five lower house seats, I was the only one entering the chamber as a new member.

The reasons for the difficulty in translating candidacy into House of Representatives seats are complex and many. Ultimately — and albeit crass to say — they boil down to money. Elections are expensive. Even the most modest campaign is at least $100,000. Without significant funds and even with the most noble of platforms, it is incredibly difficult get the message out into the community that a candidate even exists.

Historically, most members join the crossbench following a parting of ways with their original party. Only in rare circumstances when a confluence of events exist, including an unpopular of the local MP, does a person join the Parliament and sit on the crossbench.

The major parties are well-oiled machines with overflowing tills. In the 2017-2018 financial year the Liberal-National Coalition collected just over $71 million in donations, the Labor Party received donations of $60 million followed by the Greens who collected donations of nearly $13 million. Out of a total bucket of $154 million reported to the AEC, various Independents and a swag of minor parties collectively received $10 million. My party, Centre Alliance, received $125,087.00 in small donations.

And the money for the major parties continues to flow. On budget evening the Parliament was the backdrop for a number of fundraising dinners. At the Mural Hall guests paid up to $800 a head to dine with Assistant Regional Minister Sussan Ley, North Sydney MP Trent Zimmerman or Social Services Minister Paul Fletcher. The Prime Minister and Treasurer also hosted a budget fundraising event charging $750 a ticket. With cashed-up campaigns even the most experienced cross-bench campaigner struggles to compete against an endless stream of glossy election material and high rotation local radio advertising.

Ironically, it is the rapid growth of ‘big machine-big money politics’ and the belief that money buys political influence which is leaving many feeling uneasy at the ballot box and in search of an alternative.

Despite this, both of the major parties shy away from donation reform. The frustrating lack of progress in reining in political influence, demanding transparency and implementing donations reform has been a constant focus of the crossbench in both chambers. Even in the last days of this Parliament eighteen members of the crossbench signed the Parliamentary Transparency Charter.

The Charter called for:-

Hardly radical in content, and yet the motion for the Charter was voted down 44 to 13.

Beyond a desire for good governance, there is a frustration in the wider Australian community that the current two-party system is unnecessarily adversarial and hasn’t led to long-term policy planning for the betterment of the nation. Budgets and elections are focused on short-term political gains, neglecting to address the complex future that awaits Australia, including a rapidly ageing population and a fragile landscape impacted by climate change.

For safe blue-ribbon seats, the belief that vested interests have undue influence in the Parliament is coupled with a deep concern that many Liberal-National Party ministers do not reflect the origins of the party or the communities they represent. As a former Liberal voter said to me: “I have changed my vote as the Liberal Party has become hostage to an ultra-conservative element that sits somewhere to the right of Genghis Khan.” The current Liberal party is no longer the party of Menzies.

The move to the right by the Coalition has been plain to see throughout this Parliament. Rather than a free vote on marriage equality, the LGBTIQ community needlessly suffered through a divisive plebiscite. Coal bounced along the frontbench like the children’s game pass-the-parcel and the government has been paralysed from substantial action on climate because of a backbench of climate change denialists. Quite removed from the Coalition, broadly, the centrists on the crossbench are fiscally conservative and socially progressive. While individuals, collectively we are small ‘l’ liberal in the truest sense of the word.

One thing I know from successfully winning an election as a member of a minor party is that while funds are necessary, it is people on the ground that are the most powerful force imaginable. Without a groundswell of motivated volunteers, without an engaged and enraged community change is nearly impossible.

And so as democracy should be, the decisions will be made by the community. Perhaps this time the communities in Kooyong, Flinders, Warringah, Wentworth, Indi, Mayo and others will allow the nation to see Chipp’s vision realised.