Rusted off or how I learned to stop worrying and love the indie: @jansant comments #WentworthVotes #auspol 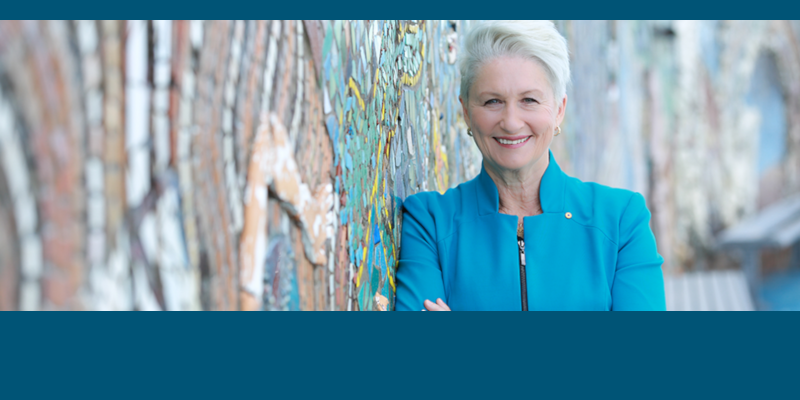 You could say I’ve been pretty loud in the #WentworthVotes hashtag and you’d be right. Here’s why.

In 2013 I was convinced (maybe easily) by a few Twitter accounts I banter with in #auspol to contribute to Margo Kingston’s No Fibs Federal election coverage. A project/experiment with citizens reporting from the seats they lived in: or grassroots ‘off the bus’ election coverage as Margo described it.

It seemed a fun interesting thing to do even though I had no idea how to cover an election. By the end I’d had an insiders view of a local campaign of national significance which changed forever how I think about candidates, party’s and election campaigning.

Figuring the best first step was to meet and talk to the candidates, I arranged interviews and portraits with those I thought may influence the outcome in some way. Only the Liberal declined.

Everyone was offered the same questions without notice and all interviews were completed before any were published. I thought it was a good way to reassure candidates who didn’t know me (or knew of me from #auspol) they were on a level playing field.

The Lib candidate didn’t exactly decline, their office kept saying they’d get it together and let me know. Eventually, we took the hint the Lib had no intention of getting it together and we published what we had.

My seat was a blue ribbon rural Lib stronghold of a power player from the far right, with expectations of a Ministry in an incoming Abbott government: it was gonna take something special for it to change hands.

The interviews gave notable impressions about some of the candidates.

There were other candidates, including quality left leaning independents with plenty to offer, but in no way a threat to the Lib. On the surface it looked like a fairly typical field.

I was intrigued by the conservative independent, there was the talk of being a threat but her nervousness during the interview, that seemed out of place if the talk was accurate. She handled being at the business end of a camera lens like a seasoned pro: so there was more going on and I wanted to know what it was.

I discovered the conservative independent’s family are good friends with the local former Deputy Prime Minister’s family, and that she has historic involvement in conservative politics. That was the moment I realised there was some justification for the murmurings about a potential boilover, even if it was still a long shot at that point.

The next time we crossed paths she was a more confident candidate obviously enjoying herself, rapidly growing into the role as the campaign picked up pace. Her campaign team snatched the initiative and had all the running.

The Lib who started as the front runner was flat and making errors of judgement, her campaign was tanking.

The indie hit a bit of a speed bump when voters began asking for more policy detail, which she didn’t have, but her team quickly started delivering: the momentum again increased.

After building a respectable primary vote with a band of loyal volunteers over a number of campaigns, the Greens candidate began losing team members to the indie.

Taking rusted on’s from the opposite political spectrum. Collecting primary votes from all sides is the first step needed for an indie to win.

By the time Margo asked me roughly 3 weeks from election day who I thought was going to win. I tipped the indie.

Unlike #WentworthVotes today, by this stage in the campaign there was no doubt which two candidates would be left standing when the last preferences were distributed: the indie and the Lib.

Eleven days after the election the indie claimed victory by 431 votes.

She’s not my natural political fit and was number 3 on my ballot, however I was more than happy with the result given the electorate. My 1 and 2 selections were never in the race.

Since then, many times I’ve strongly disagreed with how the current member has voted in Parliament, other times her vote and actions have been a source of great relief.

One of her first acts was to engage the local Indigenous community and agree a path for a formal Stolen Generations apology on behalf of the electorate, because our previous member had boycotted the official apology in Parliament.

Frankly, at times the new member has stood up for the human rights of refugees when Labor has been utterly shameful.

My seat is a conservative seat and will be for the foreseeable future, but it’s no longer in the hands of the far right.

I’ve had a conservative independent Member with a socially progressive streak not dissimilar to, Kerryn Phelps for almost two terms.

If a vote to Labor in a no win or low percentage Hail Mary situation meant risking a Lib win at the expense of my current conservative member, the indie gets the higher spot on the ballot every time.

Not even a second thought!

I live in the Federal seat of Indi and have seen the far right conservative Lib’s up close.

I’ve seen rusted on’s from all sides join together to take their electorate back by voting for independent, Cathy McGowan.

That’s why I’ve been so loud in #WentworthVotes, the conservative far right now controlling the Liberal Party is the same far right my electorate tossed in 2013: nobody’s even sure where Liberal candidate Sharma’s factional loyalties lay, and he’s not letting on (about anything much really).

It’s ok to love the indie even if you’re rusted on.