Shifting sands of politics on the Northern Beaches: @mikehallsydney reports from inside @Indy_Ally #MackellarVotes campaign 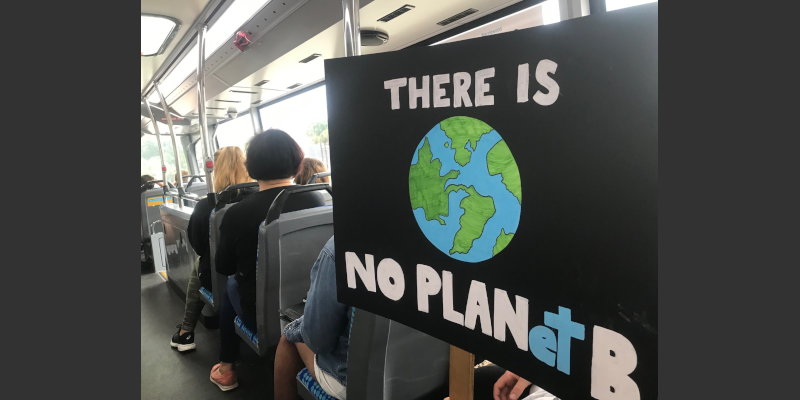 Mike Hall is a former journalist who now runs a communications and content marketing business from home on the Northern Beaches of Sydney. He stood as the local candidate in the 2016 federal elections for the Australian Greens but allowed his membership to lapse two years ago because of factionalism within the Greens NSW. He’s currently working with Alice Thompson as campaign manager.

Mike’s last corporate editorial role was as bureau chief in Singapore for Bloomberg News where he directed South and South East Asia news coverage. He's worked for Bloomberg in Mumbai and Sydney and covered economic and financial market news. Mike has 20 years experience as a journalist, editor and news manager. He’s reported for BBC World Service radio, Reuters, AFP, The Guardian and the Financial Times from southern Africa. He’s also worked as a reporter and sub-editor at AAP. Mike founded and ran a wholesale textiles business supplying retailers across Australia, and has taught law to accounting students at Macquarie University. He has a BSc in Environmental Studies and an MA in International Journalism.

The B1 bus from the Northern Beaches is packed with kids all chatting excitedly. I’m heading to the Climate Strike in Sydney’s CBD with Alice Thompson (@Indy_Ally), who’s running as an Independent in Mackellar.

We’re both wearing her bright yellow campaign T-shirt. Next to me is a bloke with grey hair, dark suit, headphones on, staring out the window.

We’re taking pictures of the kids’ signs for Instagram (@alice4mackellar) when the bloke leans forward: “Excuse me, are you Alice Thompson?”

He’s read about her in a local online newsletter.

“I’ve voted Liberal all my life but I just can’t bring myself in good conscience to vote Liberal again,” he says. “Ever!”

And he can’t vote Labor or Greens, he says: “This universal income thing isn’t going to work. I have trouble finding employees as it is.”

He manages a business in Sydney’s west. He and Alice chat about his employment challenges. Then the key question: “So if you’re elected, you’re on your own. What difference can you make?”

Alice seizes on this with a passion that comes from experience in government. She explains how, when she worked as an advisor to Malcolm Turnbull in 2017, she supported negotiations with crossbench MPs. Tasmanian Independent Andrew Wilkie is so effective at lobbying government to get things done for his electorate, she says. And Cathy McGowan, the Independent MP for Indi, has an enviable reputation for standing up for her rural constituents.

Independents, says Alice, can really work for their community, get the attention of whichever government is in office, and talk directly to the prime minister. An inexperienced backbencher just doesn’t have the same impact.

Our bloke’s impressed. “Well, I hadn’t really understood all that before. That’s great. You’ve just got my vote.”

He then tells us how he was having lunch at the Royal Motor Yacht Club when other members joined in a discussion about politics. They were all Liberal voters, all unhappy with the party and all asking about the alternative. “You’ve got to tell that story,” he says. “You’ve got to get the word out.”

‘They just can’t pin me’

It’s been a week since I started helping Alice manage her campaign. I’ve got my head around the scale of the task and a much better understanding of her motivation, character and experience — and a growing action list. I’m also getting a sense of whether Alice and her message will resonate locally.

A few days before the Climate Strike, a couple walked into the small campaign office Alice had just opened in a shopfront on the main street of Mona Vale. The man dropped $100 in cash on the table as his wife leaned in to touch Alice’s forearm. In an almost conspiratorial tone, she said: “I’ve always been on the right — you know, Liberal, but I can’t vote for them now! I’m so pleased you’re standing, it’s so good, and yellow is such a bright, happy colour.”

This disaffection with the Liberal Party is a recurring theme locally, but it isn’t complete; in fact some of that disaffection has moved to the right. A gaggle of former Liberal activists, now Australian Conservatives, were handing out at a local market recently. One of them told my partner: “She’s a Green in yellow.”

A Green activist told me Alice is a neo-conservative.

“They just can’t pin me,” says Alice. “That’s the point about an Independent.”

At the 2016 election, an Independent right-winger Jim Ball ran for the first time and won seven per cent of the vote. Former local MP Bronwyn Bishop’s hardcore supporters got behind his campaign. Jason Falinksi, Mackellar’s sitting MP elected in 2016, won just 51.2pc of the primary vote, down more than 11 percentage points from the party’s result in 2013.

Disengagement is probably our biggest enemy in this election. I bump into a near neighbour heading off to work before dawn: “I’m just fed up with it all — politics all over the TV — it’s relentless!”

Handing out Alice’s leaflet to early morning beachgoers and shoppers in Avalon, there are many who refuse to engage, young and old. A similar reaction at the bus stop in Dee Why at the southern end of the electorate, where we’re competing with a couple of people dressed in scarlet superhero suits dancing for passing motorists and holding a fitness club sign.

Down at Dee Why Beach, retirees are walking their dogs and young mums are meeting friends, clutching takeaway coffees. They’re more relaxed and happy to take a leaflet and have a chat.

We’ve made a strategic decision not to door-knock. Without the backing of a big team of confident and organised volunteers, there’s no time to make that work. Instead, our plan is to organise small groups of people willing to don the yellow T-shirt and stand for a couple of hours at busy places in the community and spruik Alice’s credentials.

On the bus back from the Climate Strike on Friday, Alice tells me she sat next to a couple involved in a local sustainability group. They’ve volunteered for the Greens before, but after a 25-minute conversation, they’ve had the time and opportunity to really understand how Alice’s crack at the seat could really shift politics, and they’re willing to help.

I’m on another bus scrolling through Twitter and sitting next to a group of Year 10 girls discussing whether they’re going to get detention. Their whole year group went to the Climate Strike.

Suddenly, I’m watching a video of the mosque attack in Christchurch, unknowingly, thinking it’s some sick video game. When it dawns on me what this is, I feel nauseous and cover my phone so the girl sitting next to me doesn’t see it. I sit there stunned.

On Saturday morning, I head down to Collaroy Rockpool where Alice has entered a 24-hour swimathon organised by Head Above Water, a mental health group, founded by local Andrew Ward. He’s partnering with Gotcha4Life to raise funds to back more mental health services on the Northern Beaches. Suicide is the leading cause of death for men aged 15-44 and with 100 volunteers running the event, it’s clear this issue resonates in the community. My job is to make a short Facebook video.

Alice and I talk about the mass shootings in New Zealand. I find some comfort in our campaign to whittle away support for the Liberal Party, too many of whose senior figures have fuelled racism and division. On Sunday, I started calling volunteers. After the NSW state election, we’ll ramp up the campaign in this once Liberal heartland.