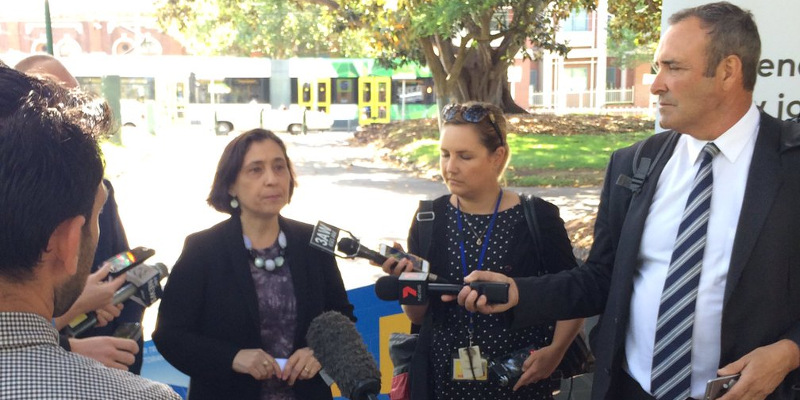 Lily D’Ambrosio, the Victorian Energy and Environment Minister, stepped forward today to announce that Melbourne’s tram network will be powered by 100 per cent Solar. Not directly of course. But the government will issue a tender for a new 75MW capacity large scale solar farm to supply the equivalent power needed for the tram network to the electricity grid.

The Government will voluntarily surrender renewable energy certificates matching the amount of electricity used by all of Melbourne’s trams.

About 35MW from the solar farm will be allocated for powering the tram network. “We’ve got the biggest tram network in the world and we’re powering it with renewables and creating local jobs.” said Transport Minister Jacinta Allan.

The tender will be for a new 75MW solar farm in regional Victoria which will deliver $150 million in new capital investment and an estimated 300 new jobs.

“We will use our purchasing power as a large energy consumer to boost investment in renewables and create new jobs for Victorians.” said Energy and Environment Minister Lily D’Ambrosio

“We’re positioning Victoria as a leader in climate change, by reducing emissions and adapting to the impacts.”

The open tender will be issued in the first half of 2017 with an estimated completion by the end of 2018. It will be Victoria’s first large scale solar far.

The idea has been around for some time. in May 2015 a Renewable energy group bids to turn Melbourne’s trams solar. According to Brendan Donohue tweet, state Greens MP Ellen Sandell said that the government had copied the Greens solar offset trams policy.

Victoria is following in the renewables footsteps of the ACT government in open tender purchasing of power to increase renewables. In 2016 the ACT legislated for 100 per cent renewables electricity by 2020, and is already well on the way to achieving this target through reverse auction tenders. The two Victorian wind farms: Coonooer Bridge and the Ararat wind farm were built from ACT power tenders.

Our trams will soon be powered by a new solar plant in regional Vic.
Delivering $150 million in new investment & 300 new jobs #springst pic.twitter.com/KNa7UfqfCu

Utilising solar to power the world's largest tram network means a reduction of more than 80,000 tons of emissions every year #springst pic.twitter.com/laS3svRMuF

In June 2016 Premier Daniel Andrews announced the state Labor Government’s renewable energy targets of 25 per cent of electricity generated in Victoria will come from renewable energy by 2020. This will rise to 40 per cent by 2025.

Two new wind farms are already under Government tender to be built to help meet the 2020 target:

The tender for solar to power the tram network will keep Victoria on track to meet its 2020 target and the target of net-zero emissions by 2050.

Public Transport uses much less energy and pollution than the equivalent use of vehicles, however with the state so reliant on brown coal for power, emissions in the grid are still a problem. Transport is responsible for 18 per cent of Australia’s total greenhouse gas emissions, so this sector needs to be examined and measures put in place to reduce transport emissions. 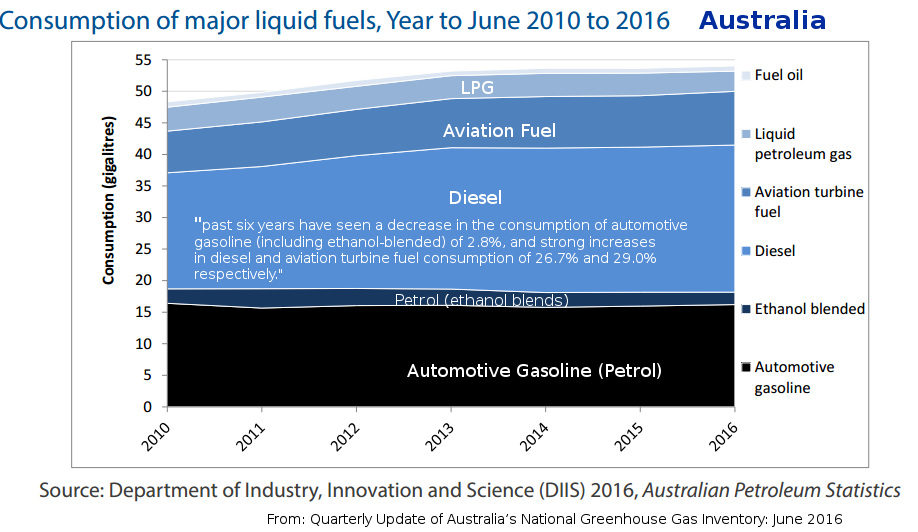 The Federal Government’s main climate mitigation policy has been the Emissions Reduction Fund, which is almost used up. There is no guarantee more money will be allocated to this fund. As a government review of climate policy is due to be started this year, there is a paucity of active climate policy measures to mitigate Australia’s rising total emissions.

Don’t be fooled by Josh Frydenberg’s December 2016 twitter statement that per capita and emissions per unit of GDP are trending down, it is total and cumulative emissions figures that really count and are important for our commitments under the Paris Agreement and UNFCCC.

The June 2016 Quarterly Greenhouse Gas Inventory for Australia, issued in December just before Christmas (again), shows total Australian emissions are still rising. Australia’s total emissions (including from Land Use) rose from 532.4Mt CO2e to 536.5Mt CO2e, a rise of 0.8 per cent.

The announcement comes after NASA, NOAA, Japan Meteorological Agency and the UK Met Office all released announcements that 2016 was the hottest year on record, the third such year in a row to achieve that record. The European Copernicus Climate Change Service (C3S) was the first to announce the record which I reported upon at Nofibs: 2016 hottest year on record globally, 4th warmest for Australia. 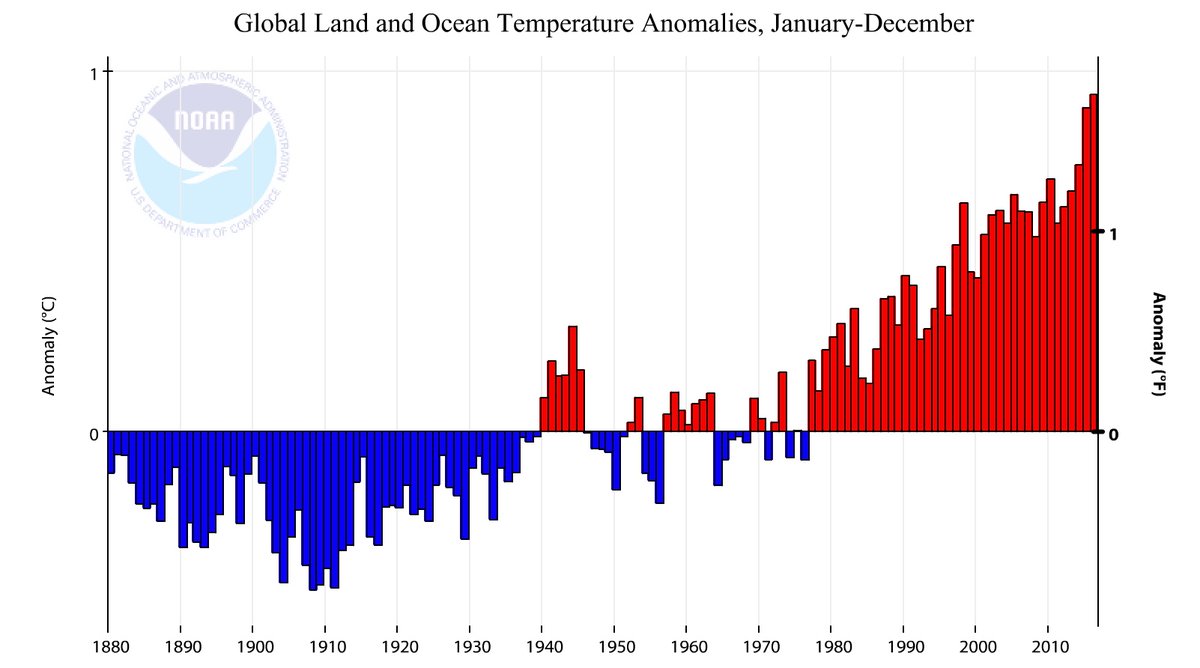 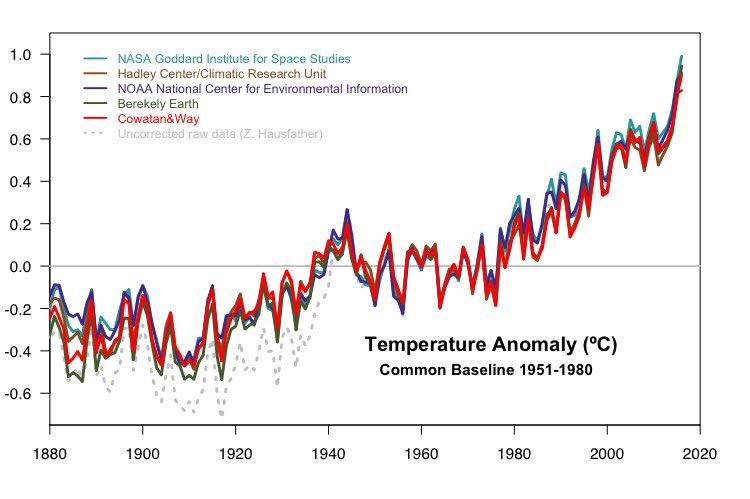 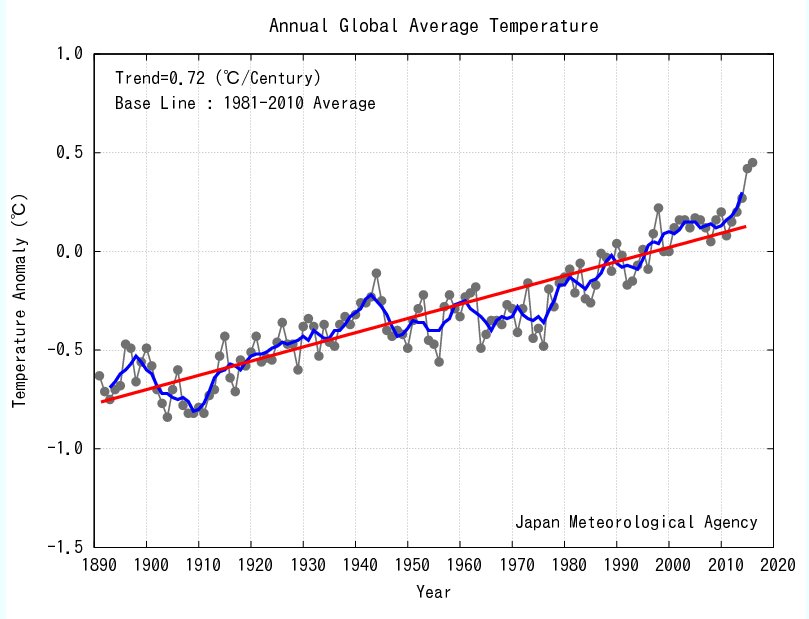