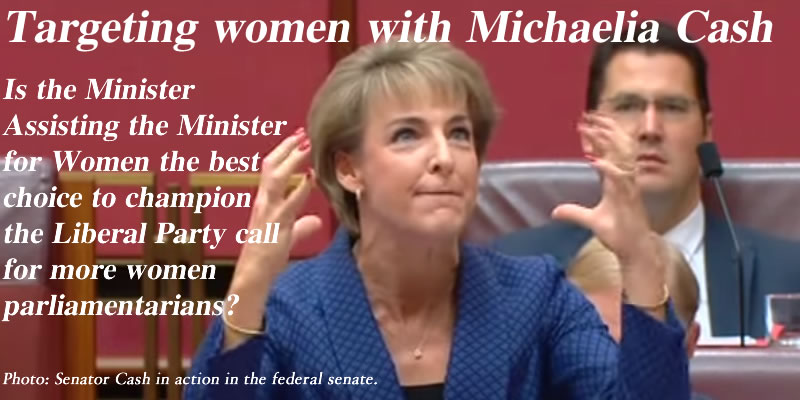 The Minister Assisting the Minister for Women wants to set targets to encourage more female parliamentarians in the Liberal Party but does she have the right marketing formula? 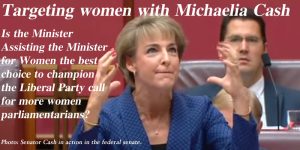 Back in 2014, Western Australia Senator Michaelia Cash, the person charged with advising Prime Minister Tony Abbott on his additional ministerial portfolio of Minister for Women, declared to the National Press Club that she was not a feminist; “In terms of feminism, I’ve never been someone who really associates with that movement.”

On Tuesday, Cash rejected the Labor Party’s renewed policy of setting quotas for female parliamentarians. Instead she called for a “target system”.

So is the non-feminist, target setting, minister assisting senator the right person to be championing the Liberal Party’s message of adding more female politicians to its ranks?

A look back Michaelia

Senator Cash is an animated feature of the federal senate.

A very animated Michaelia Cash answers questions from The Greens on the WestConnex project in 2015. 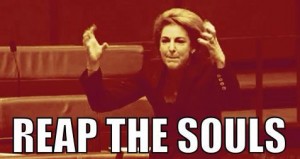 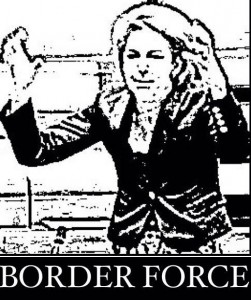