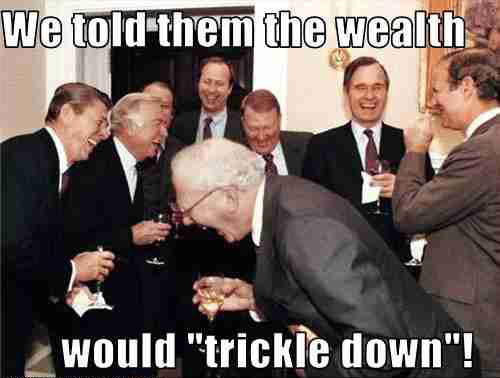 Interesting comparison in the ideas debate of policies, ideology and outcomes. The highlighted items on the IPA list are the ones the Coalition has committed to implementing. Please also check out Margo’s My people’s petition for Abbott to reveal his other IPA policies.

1. Repeal the carbon tax, and don’t replace it. It will be one thing to remove the burden of the carbon tax from the Australian economy. But if it is just replaced by another costly scheme, most of the benefits will be undone.
2. Abolish the Department of Climate Change
3. Abolish the Clean Energy Fund
4. Repeal Section 18C of the Racial Discrimination Act

5. Abandon Australia’s bid for a seat on the United Nations Security Council

42. Introduce a special economic zone in the north of Australia including:

c) Encourage the construction of dams

(Editors note: Abbott said he would ‘develop Northern Australia, but gave no details)

44. Devolve environmental approvals for major projects to the states

(Editors note: Libs will create a one stop shop[ for environmental approvals)
45. Introduce a single rate of income tax with a generous tax-free threshold
46. Cut company tax to an internationally competitive rate of 25 per cent
47. Cease funding the Australia Network
48 Privatise Australia Post

50. Break up the ABC and put out to tender each individual function

52. Reduce the size of the public service from current levels of more than 260,000 to at least the 2001 low of 212,784
53. Repeal the Fair Work Act
54. Allow individuals and employers to negotiate directly terms of employment that suit them
55. Encourage independent contracting by overturning new regulations designed to punish contractors
56. Abolish the Baby Bonus
57. Abolish the First Home Owners’ Grant
58. Allow the Northern Territory to become a state
59. Halve the size of the Coalition front bench from 32 to 16
60. Remove all remaining tariff and non-tariff barriers to international trade
61. Slash top public servant salaries to much lower international standards, like in the United States
62. End all public subsidies to sport and the arts
63. Privatise the Australian Institute of Sport
64. End all hidden protectionist measures, such as preferences for local manufacturers in government tendering
65. Abolish the Office for Film and Literature Classification
66. Rule out any government-supported or mandated internet censorship
67. Means test tertiary student loans
68. Allow people to opt out of superannuation in exchange for promising to forgo any government income support in retirement

69. Immediately halt construction of the National Broadband Network and privatise any sections that have already been built

76. Have State Premiers appoint High Court justices
77. Allow ministers to be appointed from outside parliament
78. Extend the GST to cover all goods and services but return all extra revenue to taxpayers through cutting other taxes
79. Abolish the federal department of health and return health policy to the states
80. Abolish the federal department of education and return education policy to the states
81. Repeal any new mandatory data retention laws
82. Abolish the Australian Human Rights Commission
83. Have trade unions regulated like public companies, with ASIC responsible for their oversight
84. End all public funding to unions and employer associations
85. Repeal laws which protect unions from competition, such as the ‘conveniently belong’ rules in the Fair Work Act
86. Extend unrestricted work visas currently granted to New Zealand citizens to citizens of the United States
87. Negotiate and sign free trade agreements with Australia’s largest trading partners, including China, India, Japan and South Korea
88. Restore fundamental legal rights to all existing commonwealth legislation such as the right to silence and the presumption of innocence
89. Adhere to section 51(xxxi) of the Constitution by not taking or diminishing anyone’s property without proper compensation
90. Repeal legislative restrictions on the use of nuclear power
91. Allow full competition on all foreign air routes
92. Abolish the Medicare levy surcharge
93. Abolish the luxury car tax
94. Halve the number of days parliament sits to reduce the amount of legislation passed
95. Abolish Tourism Australia and cease subsidising the tourism industry
96. Make all government payments to external parties publicly available including the terms and conditions of those payments
97. Abandon plans to restrict foreign investment in Australia’s agricultural industry
98. Cease the practice of setting up government-funded lobby groups, such as YouMeUnity, which uses taxpayer funds to campaign to change the Australian Constitution
99. Rule out the introduction of mandatory pre-commitment for electronic gaming machines
100. Abolish the four pillars policy which prevents Australia’s major banks from merging

And to finish, some mining billionaire poetry: