The view from Rooty Hill on last week’s invasion 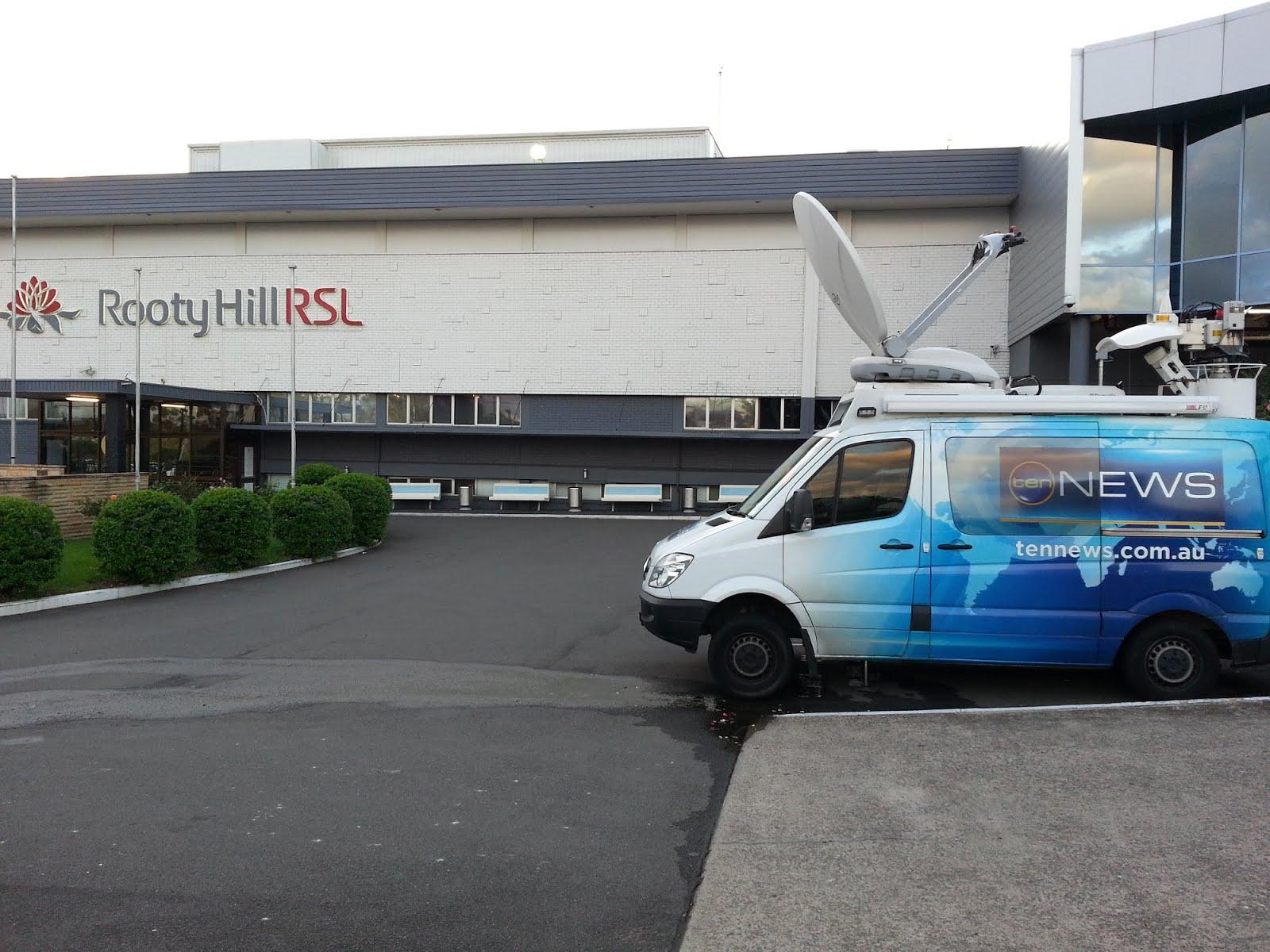 I attended St Agnes high school at Rooty Hill from years 7 to 10.  I went to Loyola College next to the RSL in years 11 and 12.  My mother still lives in Rooty Hill, and my grandmother lived in the Catholic nursing home next to St Agnes for quite some years before she passed away.

I want to give a personal account of the last week at Rooty Hill and offer my reflections and opinions on what took place.

The PM’s week in Western Sydney was in essence a mini-campaign launched by her speech to Labor faithful on Sunday night. It was a tightly stage-managed week with little room for unscripted opportunities to meet the people on the street. It was billed as a listening tour but the reality was different.

If you’re interested you can check my twitter stream for real time tweets and photos I posted during the week at https://mobile.twitter.com/pascalg15. 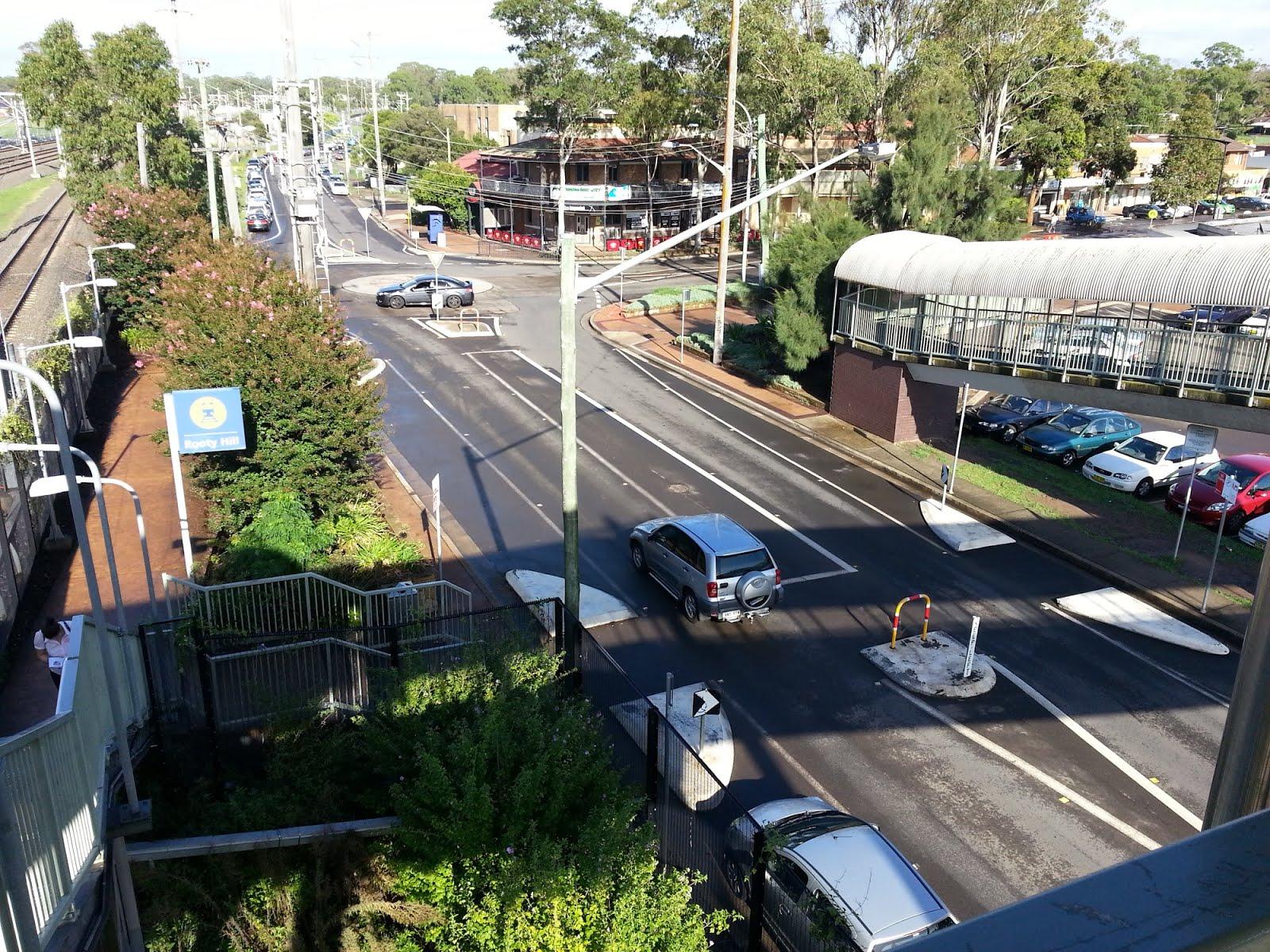 Sunday night was similar to a campaign launch speech. It was at Parramatta rather than Rooty Hill and only Labor Party faithful and the media were present. This article is an excellent description of the speech and the night . Most shocking is the comment that Tony Abbott has weekly meetings with News Corp, no doubt to planning how to bury Labor.

Julia Gillard was also invited to attend the MBM church (www.mbm.org.au) at Rooty Hill, and she missed the opportunity to speak with residents of Rooty Hill.  I’m a member of the church, and I know that people support vote Liberal, Labor and Greens. This would have been a chance for her to talk to real people in an environment where they are courteous and respectful to each other despite political differences.

The church has 300 to 400 people at its 10.30am service. There are about 40 different ethnic groups represented in the congregation – Maltese, Lebanese, Indian, Filipino and Sudanese to name a few. Its a great illustration of the how multicultural Western Sydney is.

The PM had a private dinner with bloggers and did not appear to mingle with locals at the club. I think this was a bad decision. It gave the appearance of her being too removed from the locals. It didn’t help that the bloggers are not residents of Western Sydney

She also missed a a great chance to sit in the regular bistro, have a chicken schnitzel and beer and chat to the locals there that night. I had dinner in the bistro and waited for some time, hoping to introduce myself. Not seeing any sign of the PM leaving the dinner. I went over to the live broadcast of Sky News with PM Live being recorded at the RSL.

I thought host Paul Murray’s opinion that Julia Gillard’s tour wasn’t authentic was true based on what I’d seen and heard. During the show there was quite a lot of anger and heckling by locals towards Mark Latham and Ed Husic, who were defending Labor’s economic record. I noticed that the vocal members of the audience all felt the NBN is a waste of money or not needed. To me this is a clear sign that they either believe what the LNP has been saying or the Daily Telegraph’ biased reporting. If the ALP wants to convince these people of the benefits of the NBN they need to do a better job.

David Oldfield (former One Nation pollie) got in some comments about climate change scepticism during the show which a lot of the audience seemed to agree with. David Oldfield and the Liberal state MP Stuart Ayres got the best reception from the audience.

I don’t know if the PM or any of her staff saw my question.  No one from Labor has attempted to contact me with a response.

It was interesting  to observe the behaviour of the media contingent – having dinner together, talking together, having drinks with each other after dinner.

Are they all friends? Does this contribute to the group think that goes on, And a lack of differing points of view or opinions in the MSM coverage? 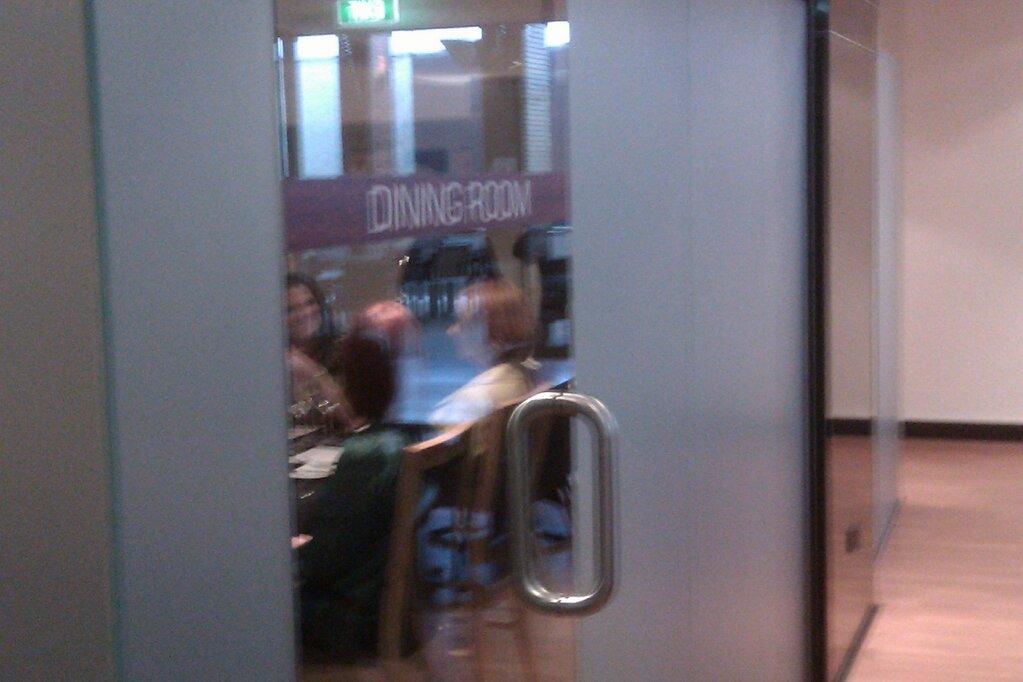 Room where PM was having dinner. She’s wearing the light coloured jacket. 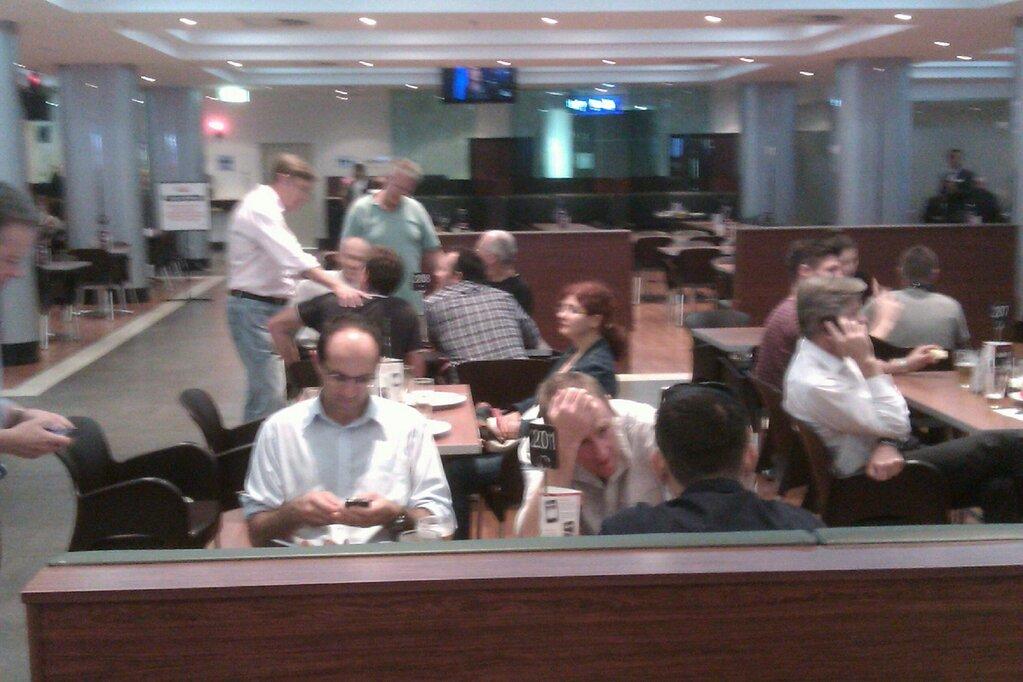 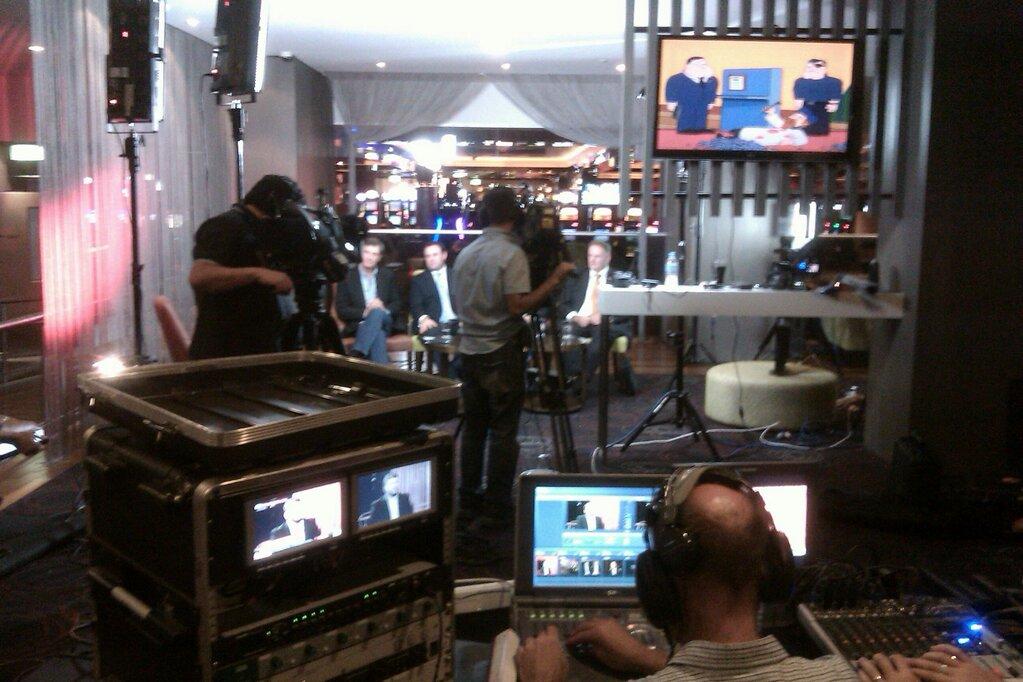 Behind the scenes at Sky News PM live

Rest of the week

I didn’t see the PM during the rest of the week. I was at work during the day and had other things on during the evenings. I followed  events via Twitter and the mainstream media. As far as I can work out neither Julia or Tony walked over to the main street of Rooty Hill (Rooty Hill road north – only 1 kilometre ! from the RSL).

There were no visits to the large Westfield shopping centre at Mt Druitt or the even bigger Westpoint at Blacktown, five minutes and ten minutes drive from the RSL respectively.

In contrast local MPs Ed Husic and Michelle Rowland were very busy engaging with the local community. Ed was on Sky News PM Live Monday night, Sky News’ The Nation Thursday night, Triple J hack on Thursday. There are photos and details of lots of local events they attended on Facebook.

I tweeted both several times asking to meet the PM.  Neither answered my tweets about opportunities to meet and greet Julia .

Did the media bother to leave the RSL?Iit seems maybe a few did based on this Lloyd Jones AAP story and Jacqueline Maley story.

There was an excessive focus, in my opinion, on crime related initiatives, which was just playing to fear and insecurity.

My prediction is that there will be no poll bounce for the ALP primary vote or PM approval ratings from this week in Western Sydney. It will be viewed very cynically by Rooty Hill residents and Australians in general.

The PM needs to engage better, even if it means copping some criticism and verbal abuse from some punters. Mark Latham made some good points on Thursday morning’s 2UE chat with Paul Murray. He has written a Quarterly Essay with his ideas for reforming the ALP. I haven’t read it yet but it could be worth a look. (Latham Radio National Interview)

Julia Gillard and Tony Abbott seem to use twitter only as an alternative channel to make press releases. It doesn’t appear like either of them is actually the one tweeting. Contrast this with someone like Kevin Rudd or Anthony Albanese, where it’s it’s clear that  it’s actually them doing the tweeting. This makes them seem much more authentic and credible in my opinion. So Gillard and Abbott are not using Twitter/social media to its full potential and are not really engaging with Australians this way, especially with younger people who use social media and the Internet more than they watch TV or listen to radio.

Please correct me if I’ve made any factual errors. I welcome discussion and debate via comments, email or tweets

Get a job, bogans; or why Western Sydney is more complicated than that