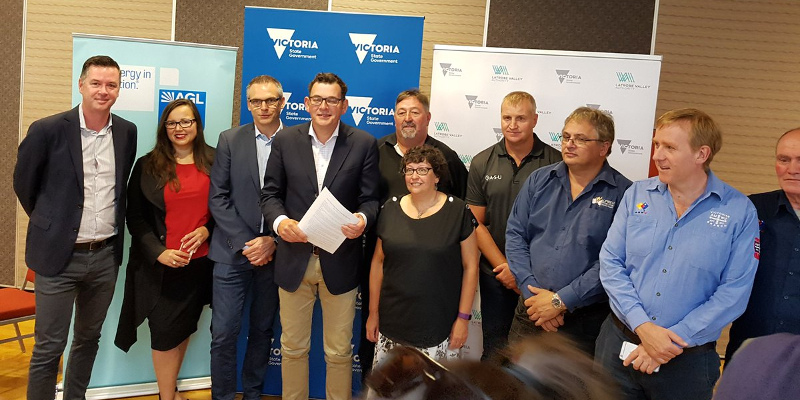 A special $20 million worker transfer package was announced today for workers affected by the closure of Engie’s Hazelwood Power Station. This will allow early retirement for workers at other LaTrobe Power stations creating places for Hazelwood workers that want to continue their careers in power generation.

This transfer package is an important component of a suite of support mechanisms being put into place for the community, a part of a just transition being pioneered by the Victorian government driven by the necessity to move to zero carbon emissions by climate change.

This particular scheme will cost $20 million to assist around 150 retrenched Hazelwood workers to remain in the power industry. In the first instance, employment transfer to AGL Energy’s Loy Yang A will be facilitated, but later transfers to Engie’s Loy Yang B may be available.

“Under this scheme, Hazelwood workers will have the chance for a fresh start in the power sector, meaning their skills and experience remain here in the Latrobe Valley.” said Resources Minister Wade Noonan.

About 250 workers will be retained by Engie to work on Hazelwood decommissioning and mine rehabilitation.

What was perhaps less well publicised, but equally important for just transition for the wider LaTrobe Valley community, was an $85 million package for new and upgraded sporting facilities in the towns across the valley. This will create 300 jobs during the construction phase and 275 ongoing jobs in sports and related areas.

The worker transition scheme has been developed by former Federal Minister Simon Crean, who was appointed by the Victorian Government, to act as a facilitator between the unions and employers at all four coal generators and mines in the LaTrobe Valley.

This $20 million worker transfer scheme is one part of the Labor Government’s $266 million package for the Latrobe Valley. This includes $50 million allocated for an Economic Growth Zone to support business growth, and the establishment of the Latrobe Valley Authority (LVA).

A worker transition service will also be provided by the LVA to assist workers and families with developing skills, training, information and personal support they might need to make a fresh start.

The Hazelwood brown coal power station was the most carbon intensive polluting power station in the industrialized world. The State Electricity Commission of Victoria (SECV) in 1992 projected its end of life and closure for 2005. It has well and truly surpassed it’s use-by date.

Some, like the state Coalition MPs and Federal Energy Minister Josh Frydenberg, pretend that Hazelwood could have gone on, but we have known for 25 years closure was coming. Labor Premier John Brumby called for it’s phased closure in 2010, but instead Victorians elected Premier Baillieu and Napthine that continued with low coal royalties, hindered large scale wind renewables, and gutted the state’s Climate Change Act. 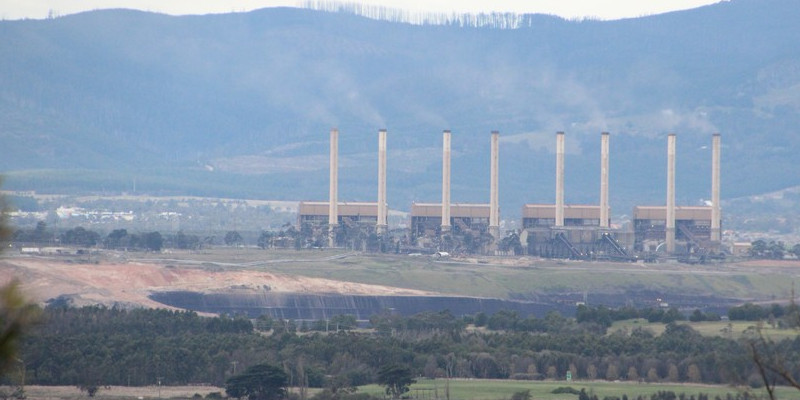 The current Coalition parties opposed the new Victorian Climate Act and have declared opposition to a VRET scheme and war on renewables, despite overwhelming public support for climate action and renewables in Victoria.

Closure of Hazelwood will remove about 1600 megawatts of coal fired high emissions generation capacity from the National Electricity Market. About 3000 megawatts of renewables is due to be built which will replace this capacity. The Victorian Government has also tended for an initial 20 megawatt grid storage battery to be built in either south-west or north-west Victoria to add stability to balance the intermittency of renewables.

In April 2016 the Andrews Government increased Victorian Coal royalties in the State Budget to bring them into line with royalty rates in NSW, Queensland and Western Australia. Coal mine rehabilitation bonds were also increased to more adequately cover the costs of rehabilitation. Previous governments from both major parties had failed to regularly update these royalties and bonds.

The United Nations Climate change conference at COP21, the Paris moment for climate justice, and Australia’s signing of the Paris agreement effectively means Victoria needs to phaseout it’s coal industry over the next two decades. The town of Morwell, in one sense, is climate ground zero with a major change to business and employment within this generation, and hence the need for a just transition program. See my June 2015 article on my visit to Morwell and the LaTrobe Valley: Finding Hope in Morwell at climate ground zero.

This includes money to build an all-weather synthetic grass bowling green for the Moe Bowling Club and a contribution for a new $1.3 million Traralgon Tennis Club Show Court. This too needs to be considered as part of the just transition support package.

“This is about building world class facilities and creating hundreds of local jobs, but it’s also about so much more.” said Daniel Andrews. “People living in the Valley have a fierce pride in their community and these new facilities will bring people together from across our state and help them celebrate what they love.”

Labor MP for Eastern Victoria Harriet Shing said, “Since being elected, we’ve made record investments across industry, education and infrastructure in the Valley. Today’s announcement is a further crucial step in creating new jobs and harnessing the potential of the Valley.”

It is estimated the sporting package will create 300 jobs during the construction phase and 275 ongoing jobs. Construction is expected to start in several weeks coming weeks and is likely to conclude in 2019.

There were also the detractors on social media about the sporting package and Hazelwood worker transfer package, but they really don’t get that due to the impacts of climate change we need to move away from high emissions coal to renewables as fast as possible, and do this with just transition support policies to support the workers and communities involved.