Voters of Wentworth can present the nation with a gift: @margokingston1 comments #wentworthvotes (archive) 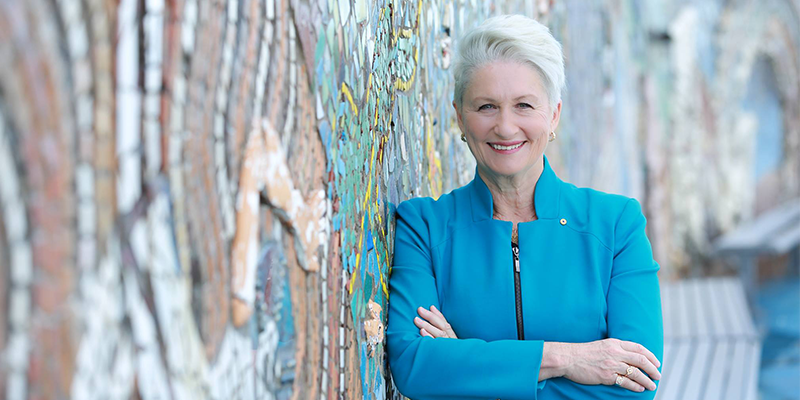 I celebrated Malcolm Turnbull’s ascension to Australia’s leadership by publishing a photo on Twitter of my mother and I toasting him with champagne. “Small l liberalism” – socially progressive, economically dry, environmentally green – was on the rise again in the Liberal Party.

Of course, the right wing clipped his wings. He held the line as best he could. But now, the right has become the hard right, moving inexorably towards a friendly merger with One Nation and threatening a Trumpified, racially charged Liberal Party destabilising our centrist politics.

And now it’s clear that the new Prime Minister is controlled by the hard right. Climate change policy – dead. Energy policy focused on renewables – dead. “Religious freedom” laws demanded by the hard right as compensation for losing the same sex marriage survey – pledged but not to be revealed until after the Wenthworth byelection. Unfree speech proposals to disallow campus protests unless protesters pay for security – floated. The ABC – at risk. A non-discriminatory immigration policy – shaky.

In retrospect the most important political experience in my time as a political journo was observing the power relationship between the right and moderate wings of the Liberal Party, beginning with the bitter debate over One Nation in the late 1990s. The John Howard-Tony Abbott strategy was to stay silent on her views and preference One Nation. Jeff Kennett and Peter Costello urged rebutting her views on the merits and preferencing her last.

The Howard-Abbott strategy played out in the 1998 Queensland election, and was catastrophic – she won seats in the regions but liberal voters in Brisbane fled to Labor.

Howard quickly changed course, preferencing One Nation last in the 1998 federal election (One Nation didn’t win a seat) and caving in to Brian Harradine to settle the dispute over his Wik land rights legislation rather than take it to a threatened race election.

I followed Hanson’s 1998 campaign and wrote a book about it, arguing that despair at the collapse of rural and regional services and jobs due to competition policy without transition arrangements to ease the pain propelled voters to scream via Hanson. The then National Party leader John Anderson responded with a rural summit and decisive action to address those economic concerns.

Because then, as now, economic deprivation elevates racism.

Hanson is back, but this time, the right of the Liberal Party is hard right, and it’s backed by a hard-right media promoting climate change denial, animus towards immigration and reactionary social values.

To me, it looks like voters in the seat of Wentworth, which has existed since federation, have a historic opportunity to warn the Liberal Party that the moderate wing of its base will not tolerate the demise of the core principles and values of small l liberalism.

Only an independent in the tradition of Wentworth’s small l liberalism has a chance to beat the official Liberal Party candidate, so I was thrilled when Kerryn Phelps decided to stand.

Voters face a choice between the official Liberal candidate and an independent small l liberal promising to champion those values in our Parliament. A Turnbull liberal.

Her victory would set the hard right back on its heels with a crystal clear warning that it must turn back towards the sensible centre, a centre that reflects the values of most Australians.

Phelps has pledged not to block supply or vote no confidence in the government except with the support of an overwhelming majority of Wentworth voters. She would not bring down the government, but she would unequivocally represent liberalism’s values and vote accordingly on legislation. She would also be a liberal voice urging the government to end the suffering of refugees on Manus and Nauru by bringing them here or to New Zealand, as John Howard did after the Pacific Solution stopped the boats.

In that sense, electing Phelps is not at a protest vote, but a line-in-the sand liberal vote that would force Morrison to listen to the moderates in his party and reduce the dominant power of the far right faction.

Even more importantly, Wentworth voters would be presenting our nation a much-needed gift at a tumultuous time for liberal democracies.

We know that Trumpified politics is splitting right and left wing parties around the world and even beginning to threaten the sustainability of democracy.

I’ve watched US politics with horror, sanguine that our system would not fall apart like theirs due to the inherent centrism of our democracy grounded in compulsory voting.

But watching the fall of Turnbull for no decent, logical or transparent reason, I realised we’re at increasing risk too. Wentworth voters have the chance to lessen that risk.

There’s been a lot of drama about Phelps’ rookie errors in preferencing calls, but in our increasingly reactive and judgmental society I hope that enough Wentworth voters, whatever their political stripe, join forces to Vote 1 Kerryn Phelps to ensure she finishes second to the official Liberal Party candidate and wins on preferences.

Australian politics is at a tipping point, voters of Wentworth. Over to you.