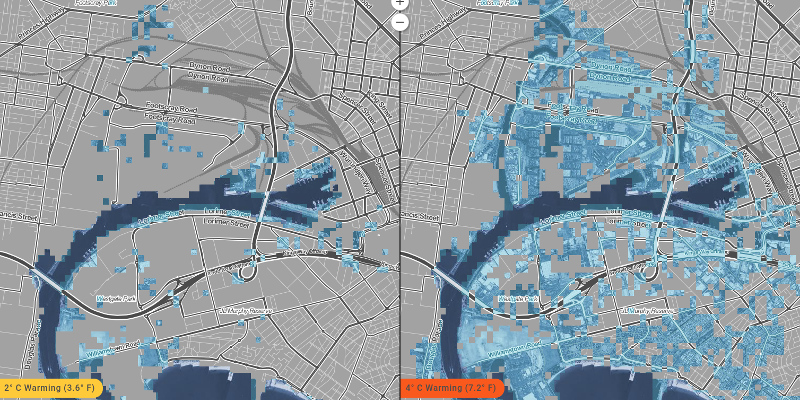 The Andrews Victorian state government has been successful with the sale of the Port of Melbourne for $9.7 billion, an election promise. The government had been expecting around $7 billion for the asset. Technically, its not a sale, but a 50 year lease of the port’s commercial operations. The long term lease of Australia’s largest port facilities had bipartisan support, with the State Liberal Party, when in power, doing much of the initial paperwork to bring about the privatisation.

The new owners of the Port of Melbourne are the Lonsdale consortium which includes the Queensland Investment Corporation, the Future Fund, GIP and OMERS.

This is another public asset sale deriving from neoliberalism which has had the support of both major political parties. There are really very few state owned assets left to flog now.

The money will be a windfall gain for the state’s budget, but it sacrifices future revenue and control of Port infrastructure. The port is a major gateway for imports and exports and holds a near monopoly position. Being at sea level, the port facilities are extremely vulnerable to sea level rise due to climate change.

Much of the proceeds from the sale have already been factored into the state budget to fund Victoria’s promise to remove 50 level crossings over two terms, Metro rail project, and the Mernda extension.

The Premier’s media release lead with the line that Regional Victoria will be a major winner from the sale with more than $970 million to be invested in regional and rural infrastructure projects. This money will help fund agriculture sector projects and programs, including transport, irrigation, and energy projects, as well as skills development programs and market access campaigns.

The sale also qualifies the state government for an additional 15 percent federal funding under the Commonwealth’s asset recycling initiative.

The Harbour Master, Station Pier, relevant safety and environmental regulation, waterside emergency management and marine pollution response will all remain responsibilities of the Victorian State. The new leaseholders will be responsible for maintaining access to public walkways and bike paths for community use.

Commercial and recreational vessels’ access will not be affected by the lease. The port will be returned to public hands at the end of the 50 year lease.

The Opposition Leader Matthew Guy reacted to the sale not in a positive vein but by calling for the Skyrail proposals to be dumped in favour of far more expensive underground rail for the level crossing removals, and for re-imposition of the extremely costly East West Link roadway project.

With the lease of the Port there is now no excuse to inflict cheap and nasty Skyrail on the suburbs and no reason not to build the EWLink.

He doesn’t seem to understand that last election was in many senses a referendum on East West Link which was soundly rejected at the ballot box, in favour of more expenditure on public transport. The Government he was a part of within days of the election being called, signed the East-West Contract with substantial penalty clauses that cost the Victorian ratepayer dearly.

Victorian Greens Leader, Greg Barber MLC, argued that the port sale may damage the Victorian export economy as the Consortium, running a near monopoly, pumps up fees and charges to maximise revenue and return on investment.

The bigger the sale price, the bigger the damage to our export economy as port owner squeezes revenue and investment https://t.co/sBTP8mo8jT

Will sale of the Port of Melbourne mirror the privatisation of the State Electricity Corporation of Victoria (SECV)?

Electricity generation, transmission and distrubution infrastructure of the SECV was sold by the Kennett Liberal Party Government in 1994 to 1996.

We were promised reduced electricity prices, but instead our electricity power got more expensive under privatisation. The workers and community in the LaTrobe Valley got shafted with substantial job losses and redundancies. ‘Efficiency gains’ were made to cut costs and environmental safety that eventually resulted in the Hazelwood minefire in 2014 that lasted for 45 days and was the worst Victorian environmental disaster we have ever seen.

When we needed to have control over these assets to make an efficient and planned energy transition to bring about a zero carbon economy, the assets were no longer ours to control. The private companies and multinationals who had invested had no interest in community health costs associated with the assets, or the long term environmental and climate costs, but were motivated by squeezing more profit from their assets for shareholders, squeezing more life from our ability to breathe and live in a safe climate.

Port assets are extremely vulnerable to rising seas from climate change. We are likely to see one metre of sea level rise this century and it could be 2 metres or more by the end of the century depending upon what climate action we take. But sea levels will continue to rise until they reach their equilibrium level associated with how much temperatures rise. This could amount to 20 metres or more over hundreds of years.

Some scientists like Jim Hansen say if collapse of ice sheets is non-linear and sea level rise is exponential, we could see 4 or 5 metres sea level rise towards the end of the century. Such rises have been detected previously in the paleo-climate records over century level timescales, without the level of rapid greenhouse emissions caused by humans.

At the moment Australia’s present climate policy and targets are at odds with our global fair share, more aligned to a 4-5C world by 2100.

Even the national climate plans (INDCs) submitted by most nations as part of the Paris Agreement of 2015 indicate we are on track for 2.7 to 4C by the end of the century. Many of the developing country plans were conditional on sufficient finance or technology transfer or other support.

So what would the Port of Melbourne look like in a 2C or 4C warmer world? Climate Central have a mapping tool to show us a sea level rise projection based on the projected equilibrium level of a certain amount of warming: here shown for 2C and 4C.

That’s if we can manage to stabilise warming at those temperatures. Past 2 degrees it becomes more likely that tipping points will be passed where major climate feedbacks will kick-in accelerating warming even further.

How will the Lonsdale Consortium deal with managing rising sea levels impacting port facilities and infrastructure?

Will they attempt to maximise revenues and leave the substantial costs of major upgrades to the state or the next owner in 50 years time?

In this rapidly changing world, is locking up vulnerable export-import trade infrastructure assets in private investment really such a good idea?

The Climate Council warned us of the expense of sea level rise in their 2014 report, Counting the Costs: climate change and coastal flooding.

The exposure of coastal assets to sea level rise associated with climate change is widespread and this hazard will increase into the future. More than $226 billion (2008$) in commercial, industrial, road and rail, and residential assets are potentially exposed to flooding and erosion hazards at a sea level rise of 1.1 m (a high end scenario for 2100).

Tom Arup in a November 2015 article in the Sydney Morning Herald also detailed How runaway sea level rise could one day swamp the world’s biggest cities.